The RCMP is searching for the man who robbed a Kelowna business on Monday night.

According to the RCMP, the suspect entered the business and allegedly produced what appeared to be a handgun before demanding cash.

After the employee complied with his demands, he fled the scene with an undisclosed amount of money.

“Fortunately, no one was injured in this robbery, but the worker was extremely shaken by this incident,” said Cpl. Jocelyn Noseworthy.

Despite conducting a thorough search of the surrounding area, the suspect wasn’t located, which has the RCMP turning to the public for help. 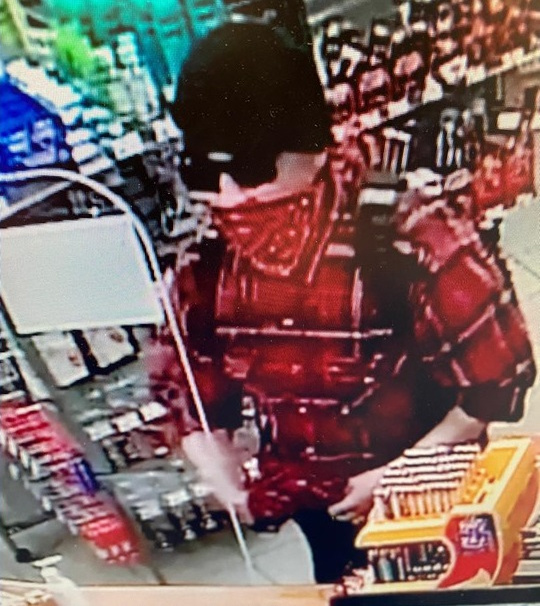 He’s described as a Caucasian man around 5’8” tall with a thin build.

At the time, he was wearing a red and black plaid shirt, a dark toque, sunglasses and a red bandana over his mouth.

Anyone with information that could help bring this suspect into custody is urged to contact the Kelowna RCMP at 250-762-3300.