(UPDATE: April 6 @ 8:27 am): All residents were evacuated safely from a housing development near the construction site that burned earlier this morning, a realtor has confirmed.

Jesse East, a realtor who markets the Parklane Townhomes development, said the houses were also mostly undamaged by the disastrous blaze.

Only one unit suffered exterior damage, he explained. The construction site, however, has been "destroyed," East explained.

KelownaNow previously quoted a witness who thought the fire was at the Parklane Townhomes development – but East explained that a sign for the homes was close to the construction site, leading to the confusion.

Firefighters remain at the scene of the fire, but appear to have made substantial progress in bringing it under control.

(UPDATE: April 6 @ 6:49 am): The fire in Kelowna this morning is at the site of under-construction townhomes.

Former Kelowna–Lake Country MP Ron Cannan, who saw the fire while out for an early morning walk, said a development at Union Road and Glenmore Road is the scene of the emergency.

He said the site was overwhelmed by a "great inferno" with flames over 100 feet high, but it appears everyone at risk has been evacuated.

"There's building material all over the site," he said, adding: "There's lots of plywood there that could burn." 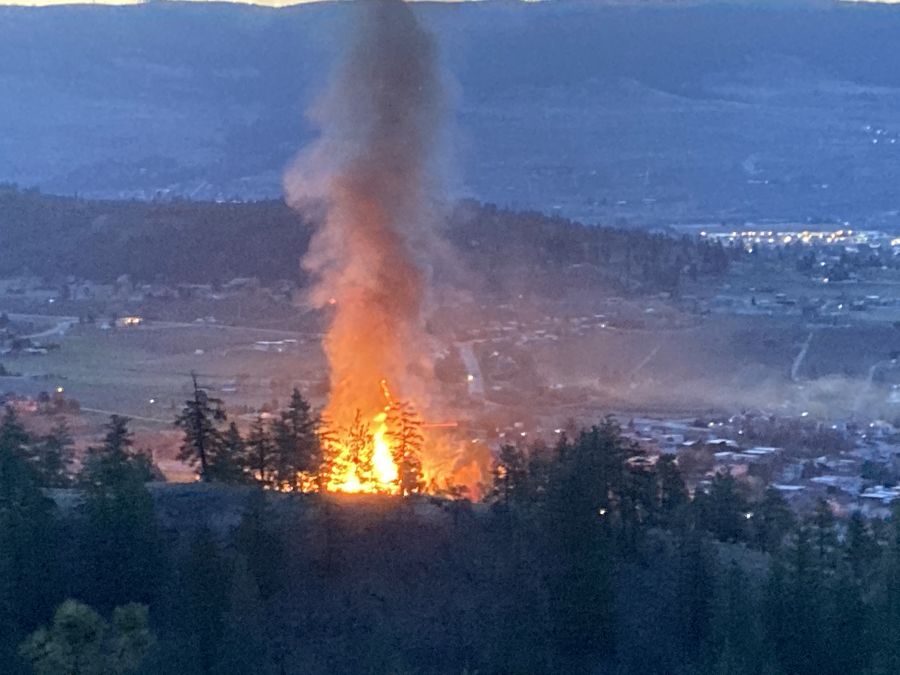 "But that can all be replaced – thank God everyone seems to have got out safely." 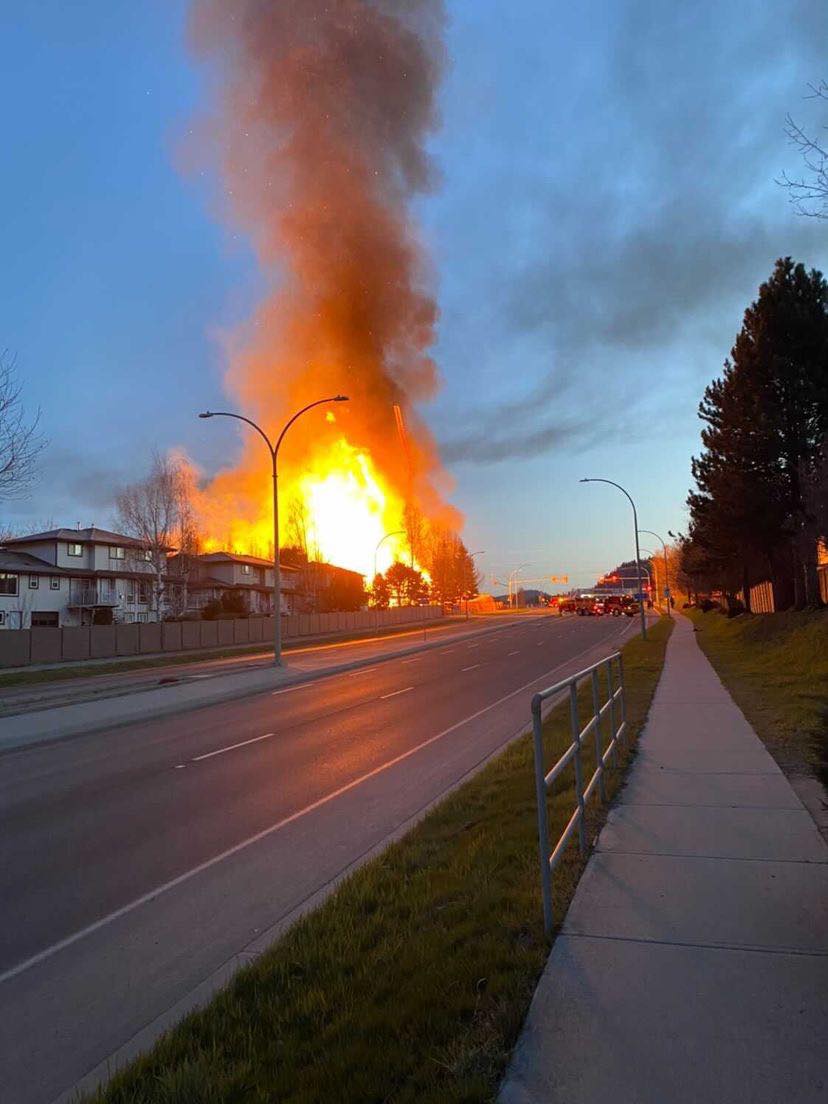 (Original story: April 6 @ 6:19 am): A fire is burning at a construction site in North Glenmore this morning

Firefighters are at the scene of the blaze at the intersection of Glenmore Road and Union Road.

Kelowna RCMP said people near the fire are being evacuated.

Emergency services were alerted to the fire at about 6 am.

Nearby roads are being closed, police explained.

“Please remain away from this area while emergency services deal with this fire,” the RCMP added. 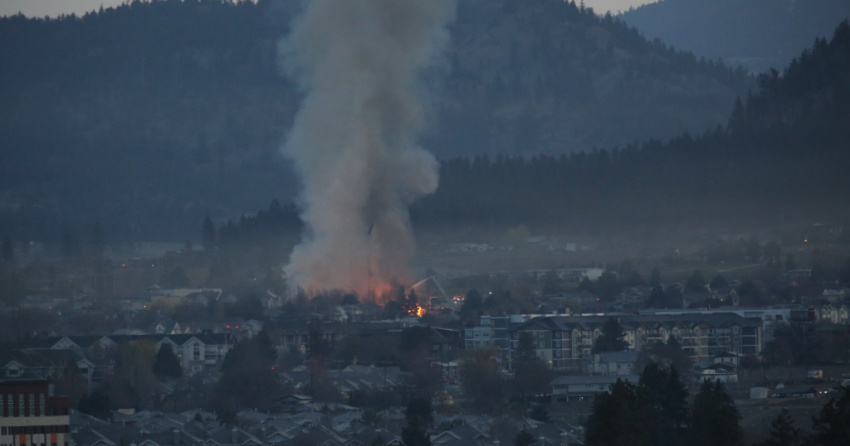 The fire’s cause remains under investigation.

Smoke from the blaze, meanwhile, is visible across the city, as well as in West Kelowna.