(UPDATE: Sept. 17 @ 8:15 am) - The substance an eight-year-old Kelowna boy found on his classroom floor and ingested last week was an illicit form of benzodiazepine, lab tests have found.

A release from SD23 calls it "a class of drug commonly prescribed for anxiety, insomnia, muscle spasms and other ailments.

However, it's still not known where the substance came from and the RCMP continues to investigate the incident.

The boy has recovered and he returned to class on Monday.

In an effort to ease him back into class and helps his peers understand the incident, the principal addressed his class on Monday as well.

"It was understandably distressing for the family and the school community to see a young child showing signs of intoxication, which prompted the ongoing investigation of the incident."

When the child recovered enough to tell their pediatrician that they had ingested an unknown substance from the floor of their classroom, staff notified the RCMP and cleared the classroom for a detailed search.

After identifying the potential substance, staff thoroughly cleaned the classroom and District Occupational Health and Safety officials inspected the space.

School administrators sent a note home the same day to caution parents about the potential dangers of a child ingesting unknown substances.

"We are grateful for the close support of the RCMP and the attending pediatrician as they share information with us so we can fully understand this incident," said Kaardal.

"While educators teach an abundance of caution to children, including not sharing lunches or medications, we want to remind parents to have these discussions as well."

(Original story): This week, an 8-year-old boy had an apparent overdose after consuming an unknown substance in his classroom, and now his father is trying to raise awareness about drugs in the community and beyond.

Jeremy Mills told NowMedia that on Wednesday morning, his two children went to school, just like any other day. His son is in the third grade at A.S. Matheson Elementary School. Teachers said he was acting normally, playing and laughing with his friends before class. 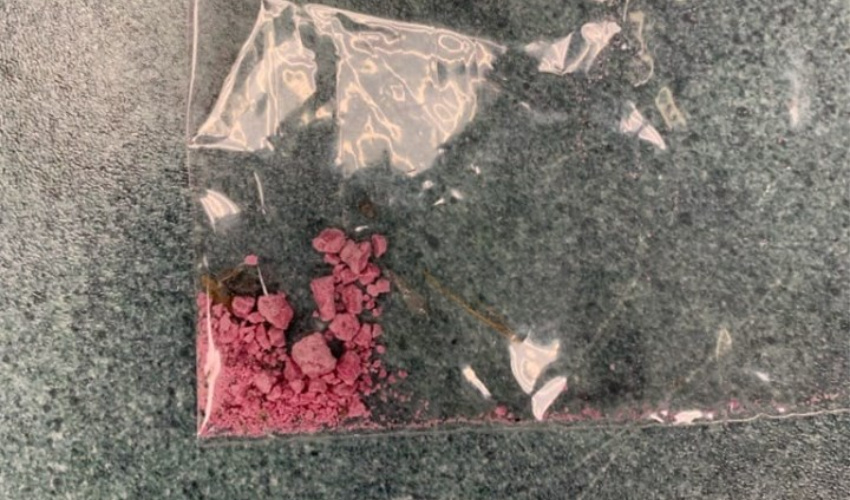 Then, around 8:30 a.m., that all changed. His teacher had just given the class an assignment and was walking around checking on their progress.

Mills said that when the teacher saw his son’s work, she got the feeling that something wasn’t right.

“What he had done was like almost gibberish and not up to his grade level, not even at the level of a kindergartener,” he said.

The teacher then looked at the boy’s face and knew something was seriously wrong. He was unable to move or speak.

Mills said that they immediately took his son to the nurse and called him to come to the school. Then, they called 911.

Mills has some first aid training, and after arriving at the school he started assessing his son. He took off his shoes and socks to see if he could find a mark, thinking his son had possibly stepped on a needle.

“He was showing signs of head trauma, so unless he fell off a third floor roof, that would explain it,” he said.

The paramedics showed up a few minutes after Mills and transported the child to hospital. There, medical staff started running tests, including a blood screen, CT Scan and an EG, but everything came back negative. They were going to fly him to the Children's Hospital for more testing, however they received a possible explanation late that night.

His son was finally able to tell them that he had found something in his classroom that morning and ate it.

He described a pink, powdery substance that looked like sugar. The next morning, RCMP were notified and the substance was found in the classroom. A sample was collected and sent to a lab in Vancouver for testing.

By Thursday afternoon, Mills said his son was no longer in distress to the point that they were able to release him. He is now recovering at home.

Mills shared a photo of what his son had ingested, saying that it looked like a pill that had been crushed. His son reported that the substance tasted like medicine, and he wanted to spit it out, but was afraid that he would get in trouble.

“Whether it was a street drug, or a designer drug, or an over the counter prescription is to be determined,” Mills said. “Either way, it’s going to result in a lot of questions about how it got into the school and how an 8-year-old had access to this.”

After the incident, Mills wants to raise awareness amongst parents in order to keep this from happening to another child. He added that it could have been a totally different story had a smaller child consumed the substance, or if someone had consumed more of it than his son did.

The school did send out a generic memo to remind parents to talk to their children about drugs, but Mills wanted more than that. After discussing it with the school and the district, another notice was sent out letting parents know that a student had been exposed to a substance at the school.

Mills says that the more information, the better, and that both parents and schools should educate children on drugs.

“I just want this to be raising awareness across the board, not just for our school, or in BC. I’m going to be a beacon for change in how we communicate our drug policies to our children going forward."

Other parents have asked Mills if they should be doing daily sweeps of the grounds and classrooms. His response was that a change is needed, but that there are some lines they may not be able to cross.

"Are we at that point in the world where we can’t have a child explore their own classroom?" he asks.

The test results have yet to come back for the substance. NowMedia has reached out to the RCMP for more information.