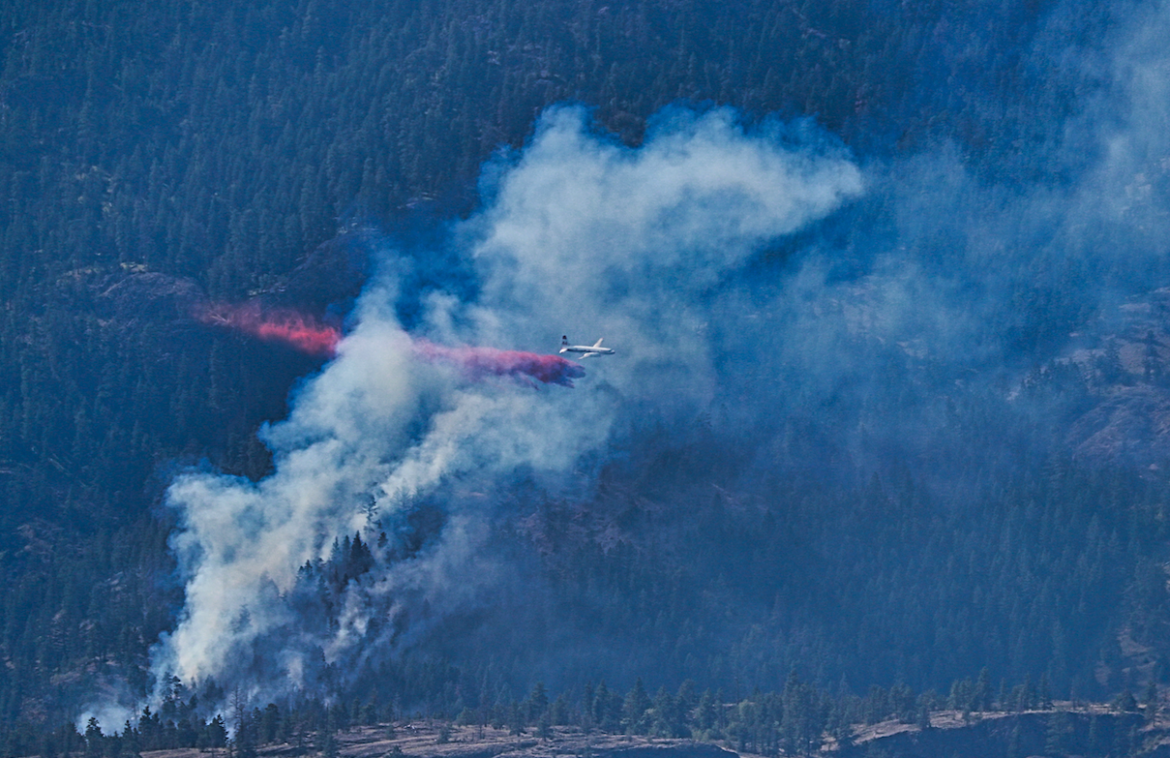 It is still estimated to be about 3 hectares.

According to Fire Information Officer Gagan Lidhran, the blaze still sits at three hectares in size and is "out of control." An attack crew battled the fire overnight, which helped with the suppression. 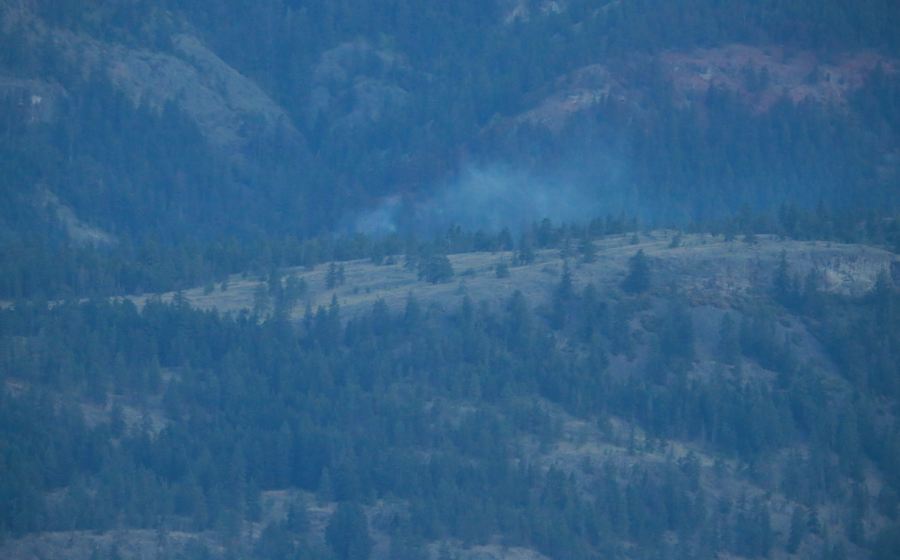 "The status is still out of control, the cause is unknown," said Lidhran. "Yesterday evening, we had one initial attack crew stay overnight, so that's three personnel."

No structures are currently threatened by the blaze. NowMedia will update the story when more information become available.

(UPDATE: Aug 2 @ 9:30 pm) We have received the last update of the evening from West Kelowna Fire Rescue(WKFR).

They report that despite strong gusty winds this evening, good progress was made at the Rose Valley Dam Fire. Multiple ground crews from BC Wildfire and WKFR, supported by multiple aircraft knocked the fire back on all flanks. Smouldering hotspots remain, however the fire is not expected to advance overnight.

WKFR crews have now left the fire scene. Crews from the BC Wildfire Service will remain on scene overnight and will deploy again tomorrow.

"We'd like to thank BC Wildfire for their assistance and expertise in fighting this complex fire. The geography of the area as well as the gusty winds and hot weather made this a tough fight for all involved. Teams from multiple agencies worked together in unified command to keep the fire small, prevent it from threatening homes and the drinking water supply for a large portion of our community. We thank the public for the multiple reports to 9-1-1 that helped us pinpoint the fire location and get there quickly." reported Jason Brolund, West Kelowna Fire Chief.

BC Wildfire will provide updates regarding the fire size. The cause remains under investigation.

(UPDATE: Aug 2. @ 5 pm): Emergency crews along with the BC Wildfire Service continue to battle a wildfire in the Rose Valley area of West Kelowna.

According to West Kelowna Fire Rescue, firefighters responded to reports of smoke sighted near the Rose Valley Reservoir at 2:15 pm. First responding firefighters spotted a growing wildfire burning on the west side of the reservoir. 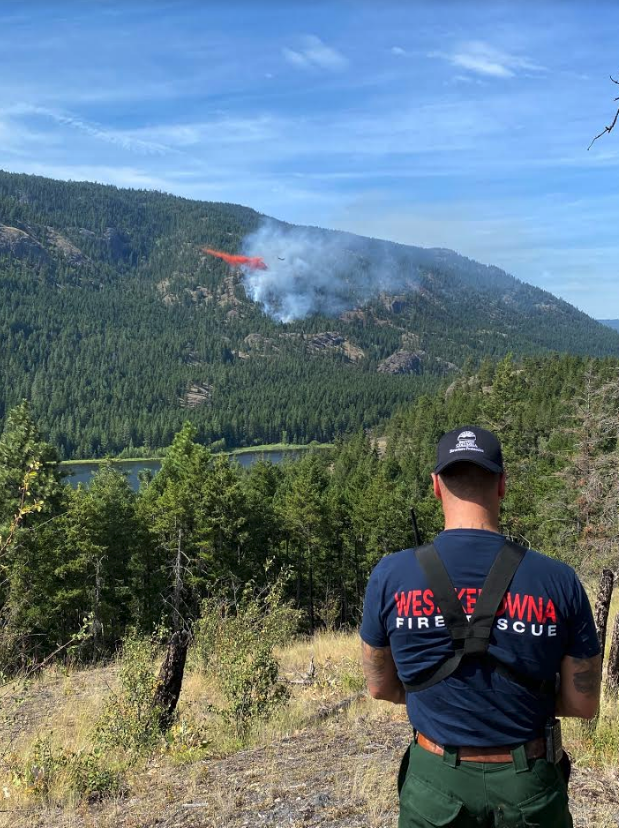 A total of three engines as well as 12 firefighters hiked into the fire and began constructing a guard. Multiple personnel from the BCWS quickly joined the fight.

At this time, multiple helicopters and fixed-wing aircraft are continuing to lay down fire retardant to "box-in" the fire. They are also dropping buckets of water on active burning areas to support ground crews.

"Crews from BC Wildfire and WKFR are working together to construct a fireguard, secure a water supply and contain the fire," said Fire Chief Jason Brolund. "It is expected to remain active well into the evening."

"The fire is highly visible and estimated to be less than 5 ha in size. It is burning uphill and to the east, away from populated areas. There are no evacuation orders or alerts in place at this time since the fire is not threatening any homes."

Residents are urged to stay away from the area. They should also be advised that helicopters will be filling up at Okanagan Lake.

The fire, which is listed as 3-hectares on the BC Wildfire website, does not appear to be affecting the reservoir or water supply. NowMedia will update the story when more information is available.

(Original Story: Aug. 2 @ 3:15 pm) - West Kelowna residents should be aware of a small fire burning overtop of the city.

The blaze was spotted just before 3 pm in the Rose Valley area. 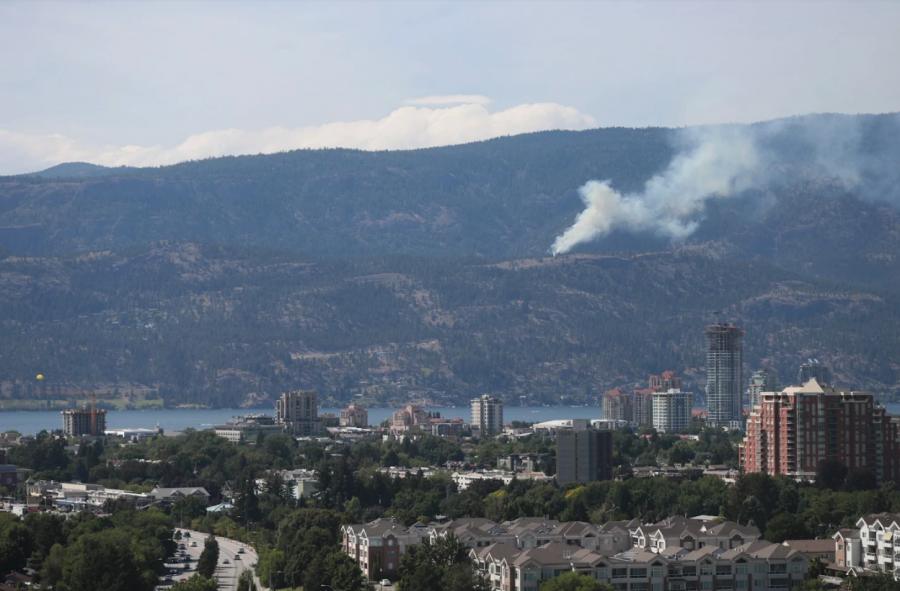 Smoke could be seen billowing from an area of the forest overlooking Okanagan Lake. 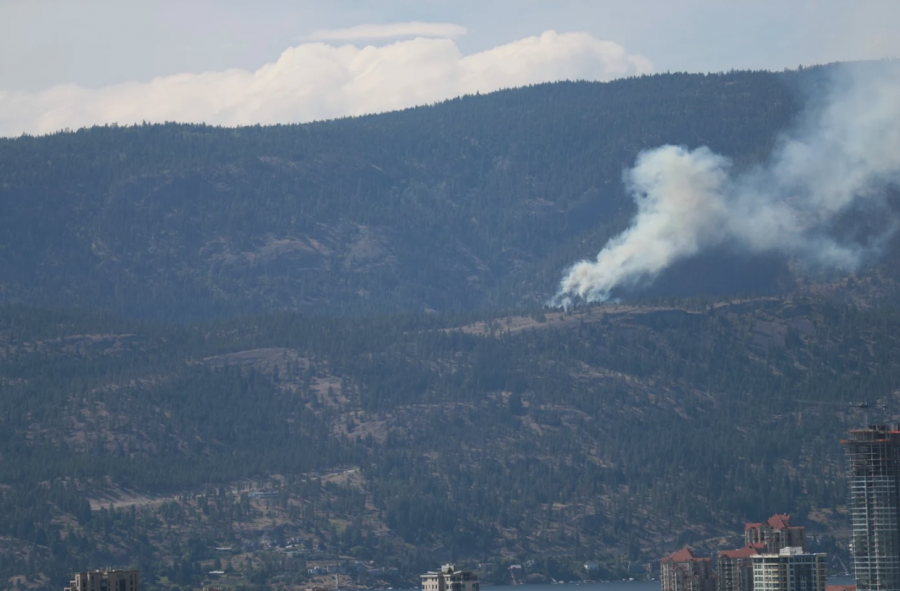 At this point, what ignited the blaze is unknown. Helicopters and air tankers from the BC Wildfire Service are currently responding and dropping retardant. 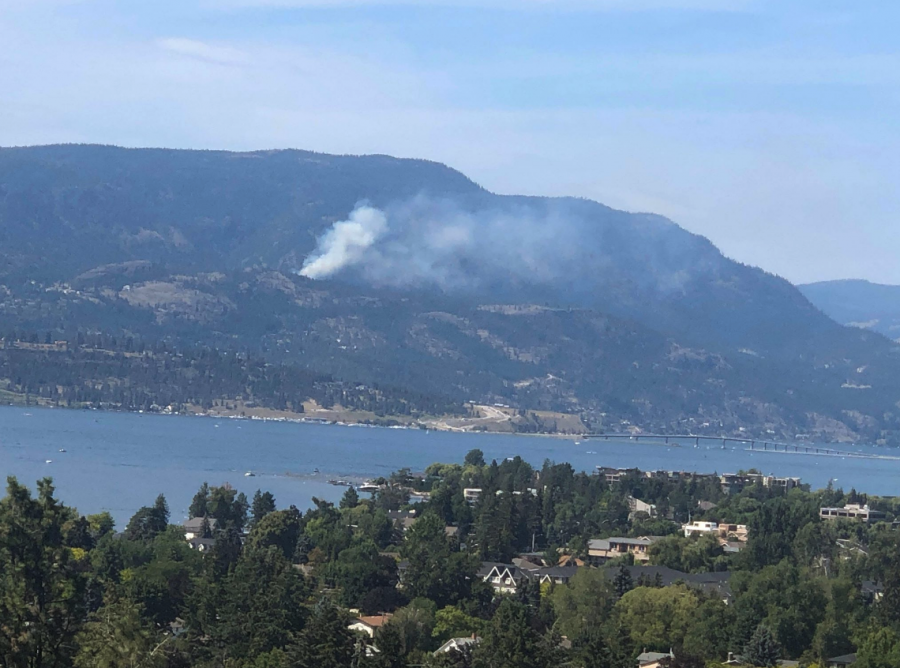 The fire does not appear to be near any heavily populated areas. No evacuation alerts are currently in place.

NowMedia has reached out to the BC Wildfire Service multiple times for more information.

Wildfire currently burning on west side of #okanaganlake. Send photos and videos to news@kelownanow.com. #kelownanow 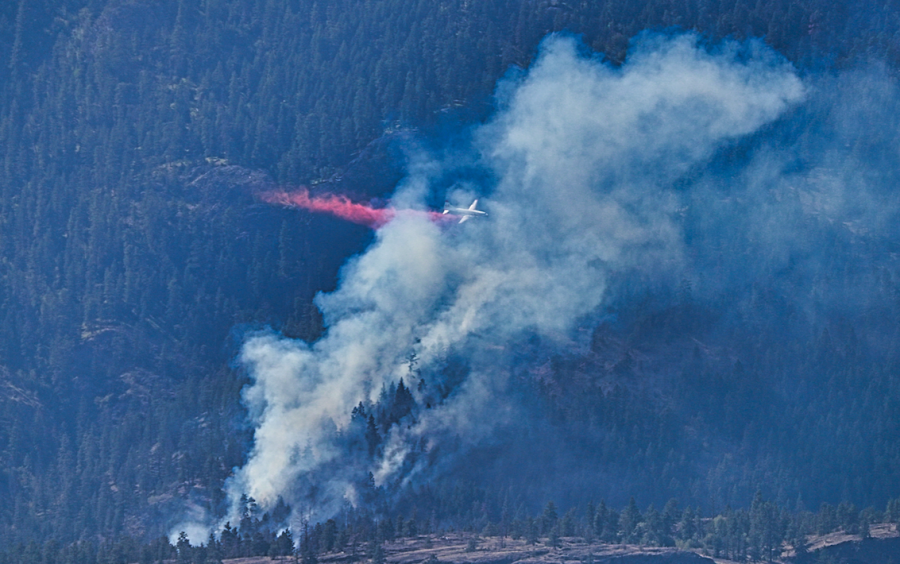 Aircraft responding with retardant on #bcwildfire in #rosevalley area. Tag #kelownanow in your photos and videos.