(UPDATE: April 5 @ 12:30 pm) - After a close call on Saturday, a missing rescue dog decided to end his five-day adventure and return home on his own early this morning.

"He was in the orchards all day yesterday and we kept seeing him, but couldn't get him," owner Miranda Nardin explained to KelownaNow.

"Around 5 pm, we lost sight of him and we got a call that he was on the greenway at 5:30 pm. Then, at 7 am (today), our doorbell camera went off so we went in the backyard, and there he was!"

Carson is now resting up in the comfort of his own home. 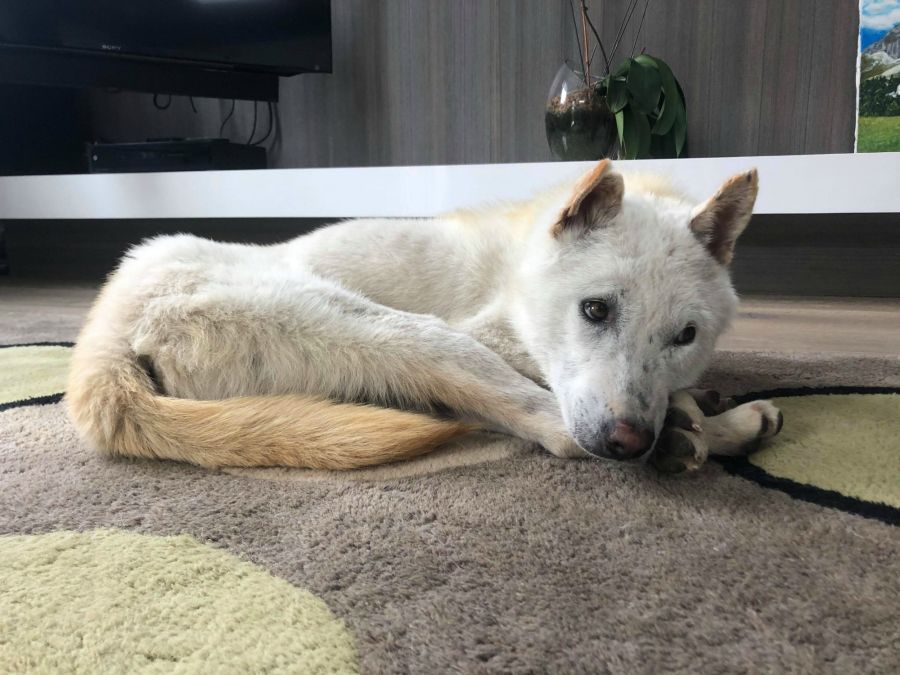 He went missing on the farmland near Byrns Road and Burtche Road and was spotted on Wednesday nearby at the Mission Creek Greenway.

However, he appears to have backtracked, because owner Miranda Nardin says he was spotted again around 1 am this morning by a veterinarian near Fairfield Animal Hospital.

"He was moving through the Landmark buildings," she wrote in a Facebook update.

Nardin once again reminded anyone who sees the dog to remember that he is very skittish and no one should approach him. 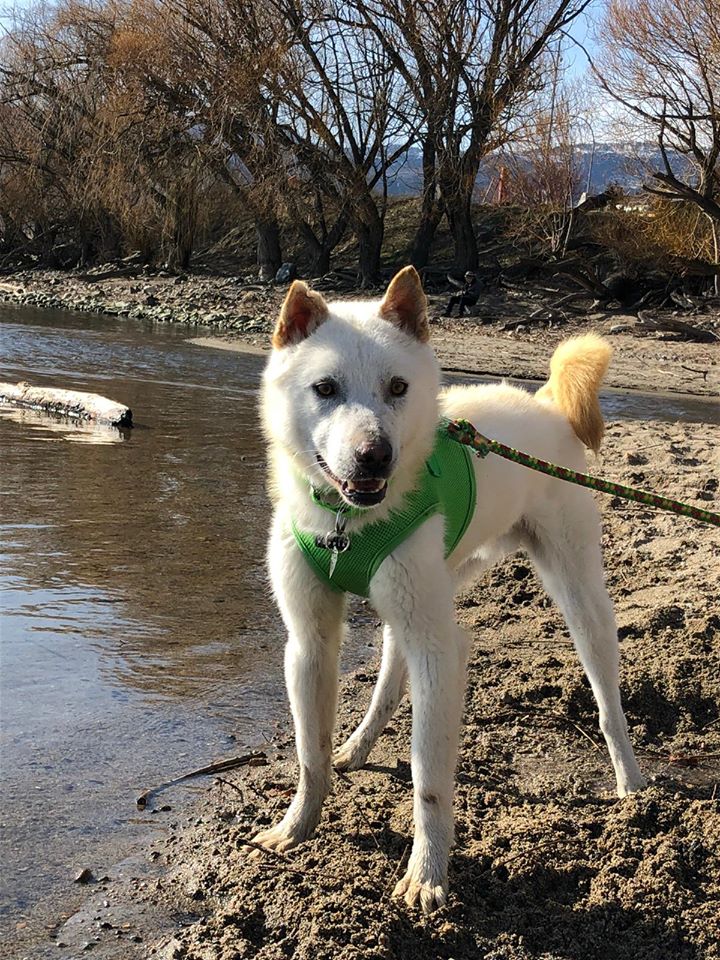 (Original story: April 1 @ 6:20 pm) - The owners of a rescue dog from Korea are frantically searching for their missing pup.

Carson was last seen near the farm at Byrns Road and Burtch Road on Tuesday and was wearing a green collar and red leash at the time.

He was spotted once again in that area shortly after he went missing on Tuesday, but has reportedly been seen around the nearby Mission Creek Greenway today.

The only issue is that the rescue dog is extremely skittish and his owner, Miranda Nardin, is advising anyone that sees him to contact them immediately rather than try to lure him in on your own.

“He is afraid of almost everyone and everything,” wrote Nardin on Facebook. 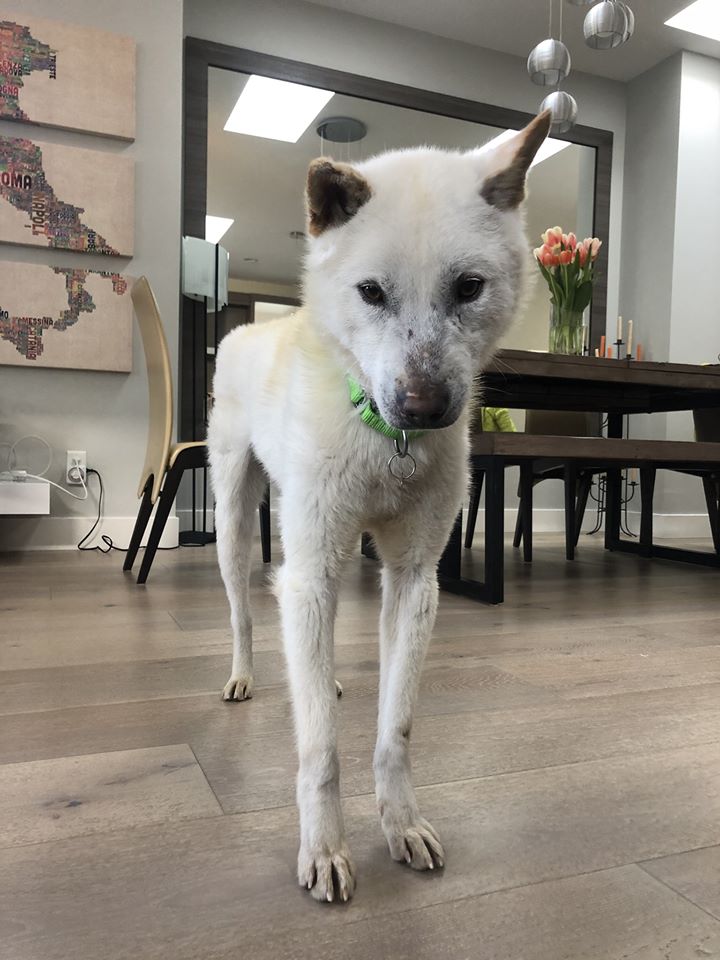 She said it's unlikely he'll come when called and they'll almost certainly have to lure him in with food.

If you do see Carson, who is almost entirely white with blonde on his ears and tail, you’re asked to call 250-575-0797, which is the number for Nardin's father Eddy.