(UPDATE: April 1 @ 5:30 pm) - Gas has now fallen under 90 cents per litre throughout the Central Okanagan, with almost every station displaying 89.9 cents per litre on their sign.

In BC, the lowest price is 69.9 cents per litre at the Costco gas station in Prince George.

(UPDATE: March 26 @ noon) - Gas continues to fall in the Central Okanagan and around British Columbia.

In Kelowna, West Kelowna and Lake Country, almost all stations are now displaying 94.9 on the price board.

There are still a few outliers that are around five cents more expensive, but every station has now fallen underneath the dollar mark.

If you're happy about cheap gas, try not to look at some of the prices they're seeing in Alberta right now. 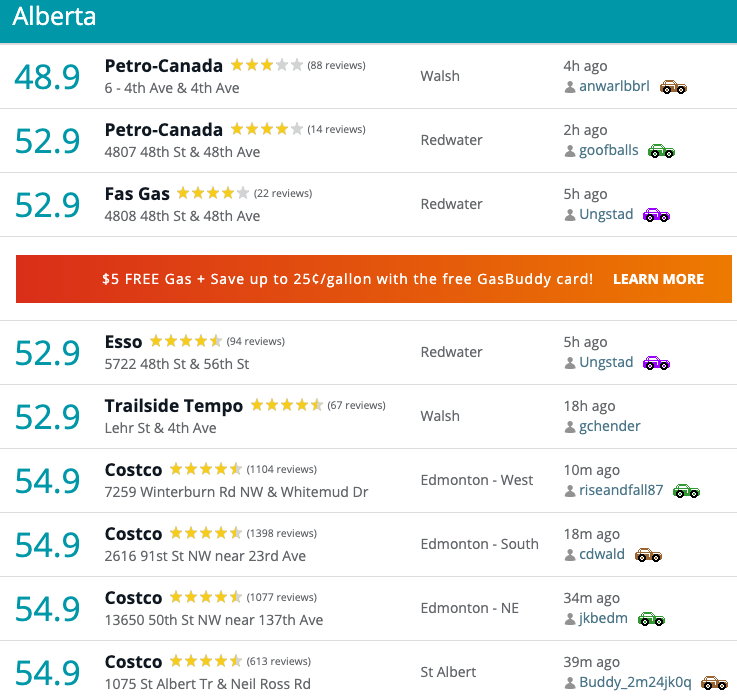 Plenty of stations across the province are down towards the 50 cent mark, with lots of Edmonton stations sitting at 54.9 cents per litre.

One station in Walsh, which is in the southeast corner of the province, is even down to 48.9 cents per litre.

They're basically giving the stuff away!

In the last 24 hours, most stations in Kelowna, West Kelowna and Lake Country have fallen below $1 per litre, although there are still a few outliers that haven't dropped their prices yet.

You can even get gas for 94.9 cents per litre at the Canadian Tire station on Leckie Road.

For all the latest gas prices in the Central Okanagan, click this link. 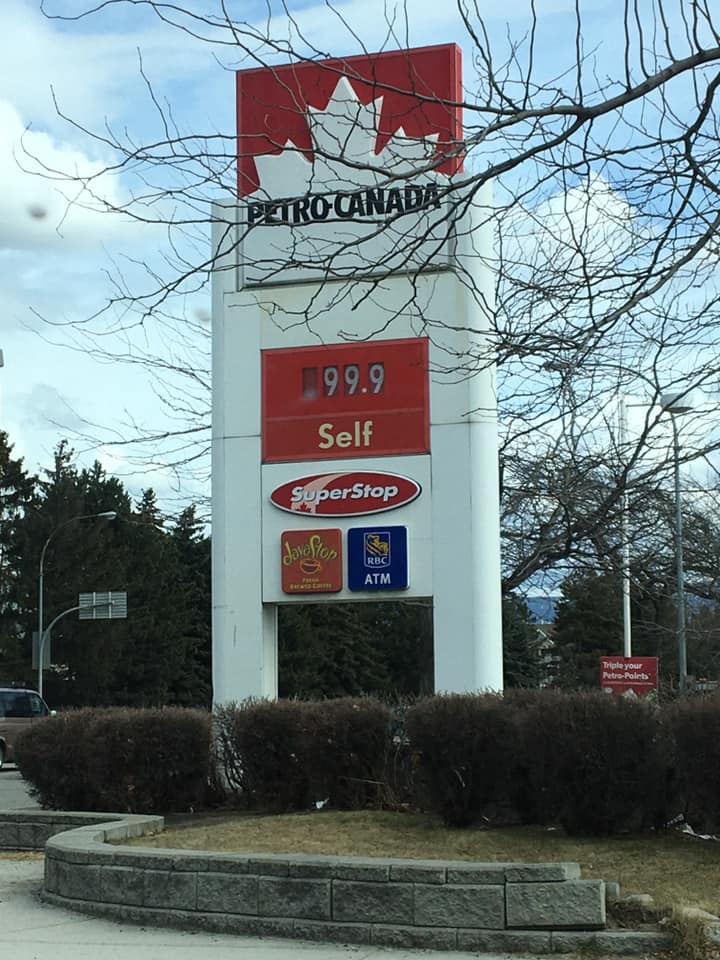 Two Husky stations, a Super Save station, Esso station and Canco station are all currently sitting at 99.9 cents per litre.

You can keep tabs on the cheapest gas prices in Kelowna by clicking this link. 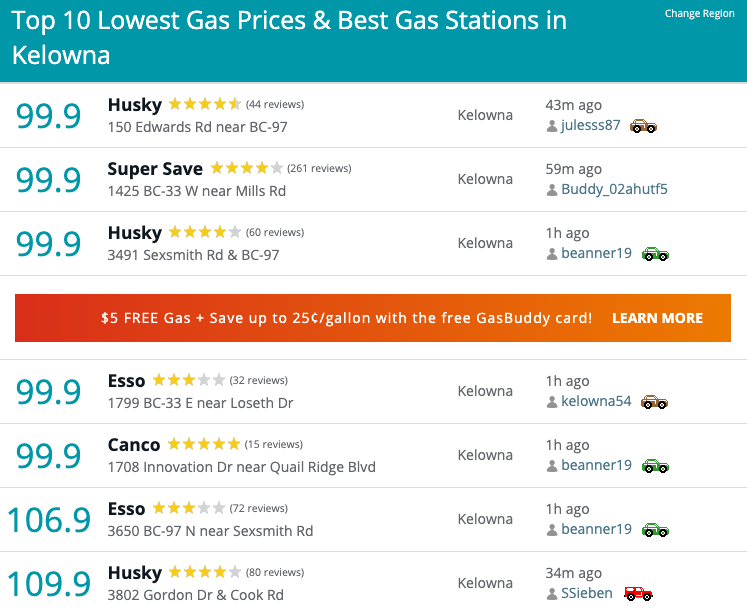 The Husky & Rocket Wash at 150 Edwards Rd. is currently at 99.9 cents per litre for regular gas.

It’s the only station that’s dropped below the dollar mark as of now, but that could easily change in a matter of hours as gas prices continue to plunge across the province and country.

Most Penticton stations are sitting at 109.9 cents per litre, which is the same price as the majority of Kelowna stations, for now at least.

That’s nothing compared to Alberta’s low prices, however, as one station in the southeast corner of the province is down at 55.9 cents per litre.

Even stations in Edmonton are as low as 61.9 cents per litre.