Efforts to assess the situation and determine the next steps for the fire-damaged crane at the construction site are ongoing.

“This is quite a unique and complex situation, requiring very specialized professionals on several fronts,” said Lance Kayfish, the City of Kelowna's risk manager.

"The owner of the crane has sourced well-qualified professionals to oversee mitigating the situation quickly and safely." 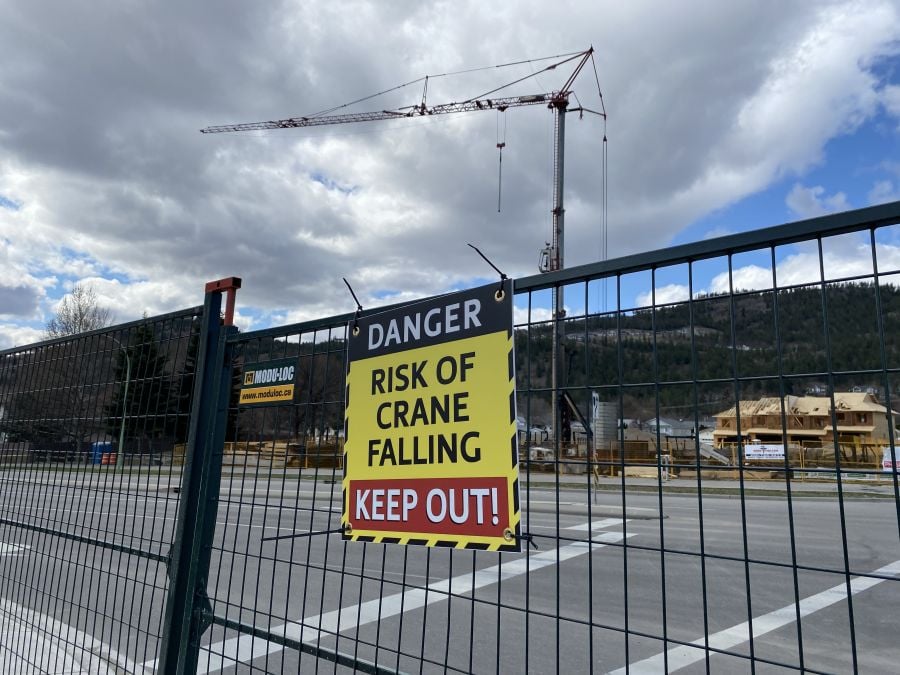 Kayfish added that safety for the public and any workers involved is the top priority, which is why the roads surround the construction site on the corner of Glenmore Road and Union Avenue remain in place.

Sidewalks on both of these short stretches of road are closed as well, with the Union Road sidewalk closure extending west to Snowsell Street North.

Residents are asked to avoid the closed areas and following the closures, signage and detours, which will remain in place until further notice.

Both Glenmore Road and Union Road, which meet at the intersection where the fire took place, are affected by the closures. 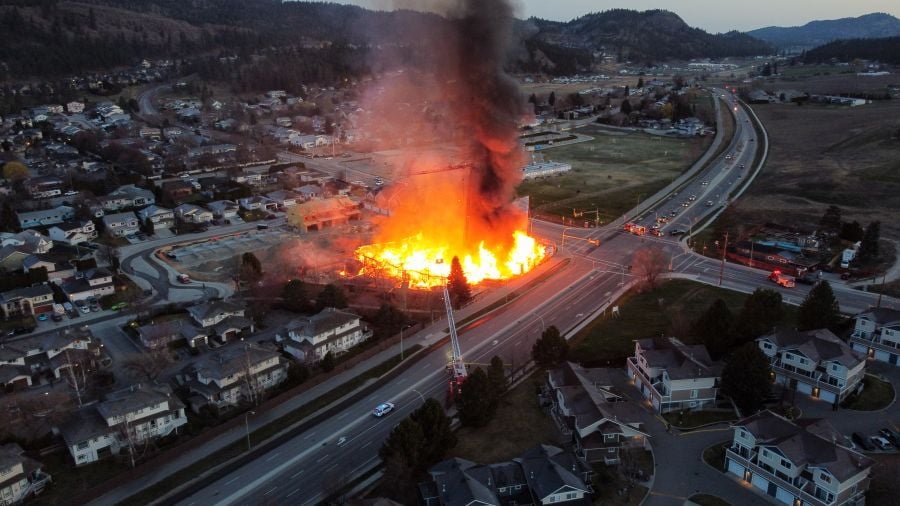 “Motorists and pedestrians should avoid the area as there is a crane at the site of the fire and its structural integrity still needs to be confirmed,” explained a release from the City of Kelowna.

Sidewalks on both of these short stretches of road will be closed as well, with the Union Road sidewalk closure extending west to Snowsell Street North.

“Electronic message boards, signage and personnel will be onsite to direct traffic,” added the City release.

There’s no current estimate as to when these roads will fully reopen.