Kelowna residents are once again proving why they are some of the most generous people in Canada after supporting a recent fundraiser.

On June 29, Tyler Sheriff and a friend were in a "horrific accident" on Westside Road. The incident saw the truck they were in go backwards over the side of the road, rolling numerous times in the process. The friend was able to walk away, but the truck landed on Sheriff. 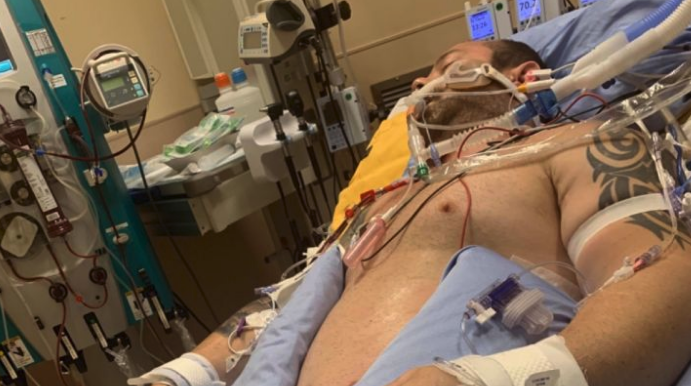 A GoFundMe has been created to support Sheriff, his wife, and his kids while he is unable to work. In just two days, the GoFundMe has raised $7,870 of its $10,000 goal.

"His injuries are very extensive and he will spend the next four to six weeks in hospital and doctors say that it could be 12 months before he is able to walk again," wrote fundraiser organizer Lori Jayne.

"He broke his left shoulder blade, and a bone near it, he crushed his pelvis, broke his hip, twisted his femur, dislocated his knee, and wrecked his sciatic nerve."

In addition to all the injuries, Sheriff's kidneys were starting to fail so he needed to be put on temporary dialysis.

As of Saturday, Sheriff had extensive surgery on his pelvis. This surgery was one of many he will have to undergo in the near future.

Anyone looking to donate to help the Sheriff family can do so through here.