Costco has revealed the grand opening date for its brand new location in Kelowna.

The new 167,177-square-foot warehouse will open between Springfield, Baron and Leckie roads on Thursday, Feb. 17. 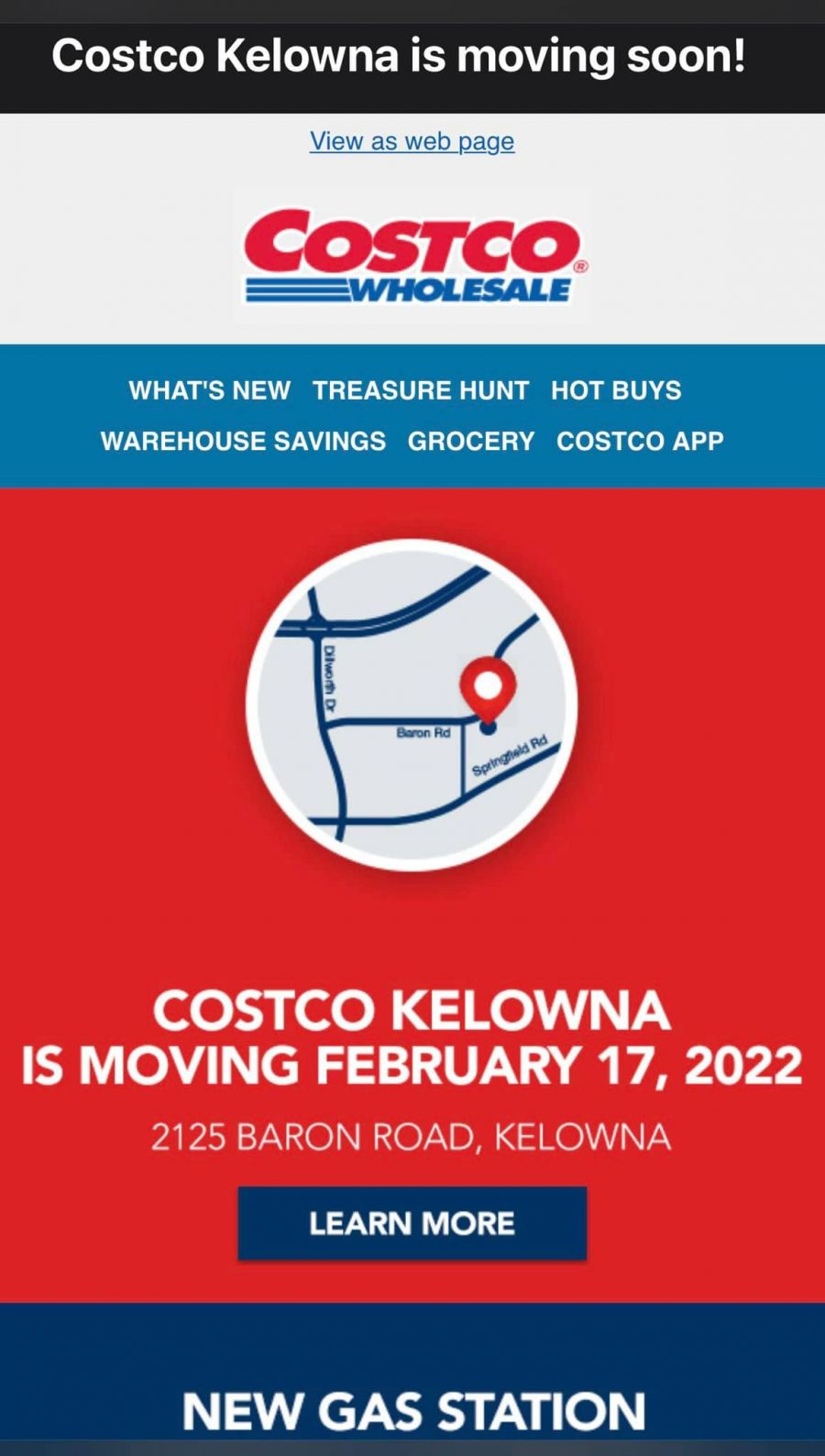 In a video posted earlier this week, Kelowna Costco GM Omara Escobar said the new location is taking six to 10 trailers of product each day.

“We’re working really hard to get the warehouse super full for opening day,” said a jovial Escobar. “We’ve also got some exciting grand opening coupons that I can’t share just yet.”

Costco's new gas bar along Baron Road has been open since Dec. 10. 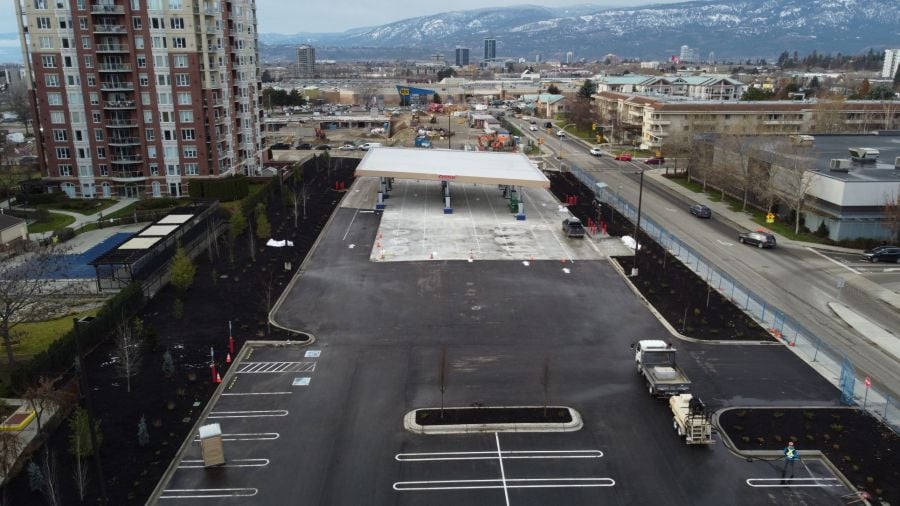 A new Costco location in Kelowna has long been in the works, as the current warehouse, built in 1991, has struggled to keep up with the city’s growing population and demand for memberships.

There were rumours in 2018 that Costco was looking to the Westside for its relocation, which were fuelled by a social media post from former West Kelowna mayor Doug Findlater.

However, those rumours were quickly shot down by the City of Kelowna and put to rest for good in November 2020.

That’s when Costco filed an application with the City of Kelowna to rezone the nearly six-hectare parcel of land between Springfield, Baron and Leckie roads for the new warehouse. 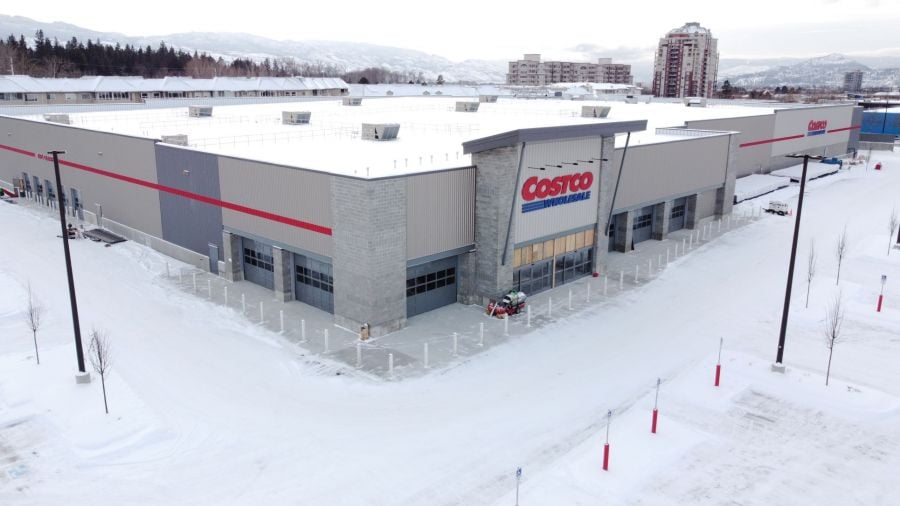 That rezoning application was approved by city council in January 2021 by a vote of 7-2.

"During the 2018 election it was clear that residents wanted to keep Costco in the city," said councillor Luke Stack at the time.

"Sites like this are basically impossible to find and while it may not be perfect, it's the best option."

Around 60 new jobs are expected to be created by Costco’s expansion and relocation, bringing the number of people employed by the company in Kelowna to more than 500.