Numerous Kelowna residents took to the streets to celebrate their freedom on Saturday.

Close to 300 residents flocked downtown for a "freedom protest" just outside the Kelowna Marina. It didn't appear as though anyone at the rally was wearing a mask. 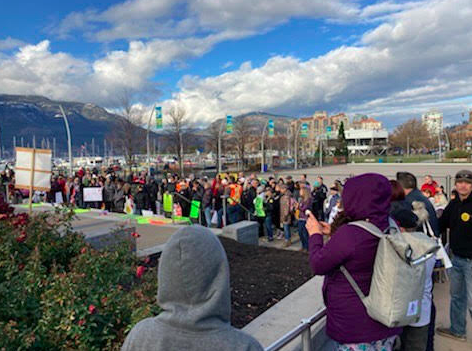 The event was described by those in attendance as "peacefully Canadian" and all about "sharing love." 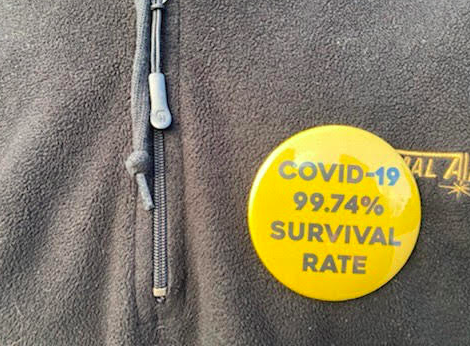 Some had signs that read "Does this make sense?" or "Freedom to control our own health." Others wore buttons stating that COVID-19 had a 99.74% survival rate. 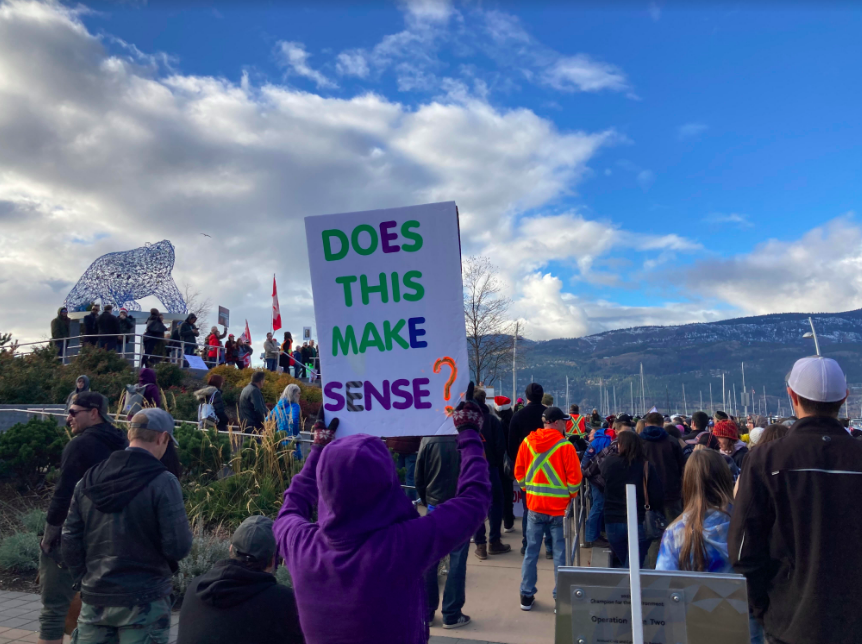 Following the meeting downtown, the group planned to march along Hwy 97.