Anita Peterson says she will likely avoid running with her headphones in for the foreseeable future after an encounter with a cougar on Wednesday morning.

Around 5:45 am, the jogger was waiting for her running partner when she saw the cougar moving down the road and the end of Woodpark Crescent.

“We saw each other and I think I scared it more than it scared me,” said Peterson.

“It ran up to the house and then hopped a fence into the backyard while I hid behind a truck and snapped the photo.” 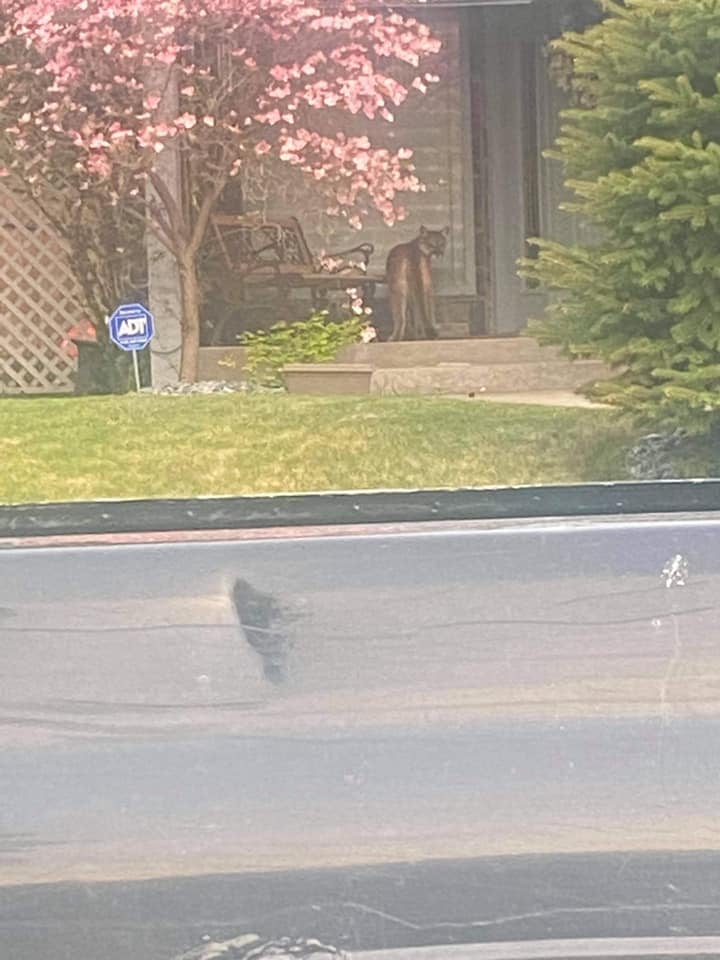 Peterson carried on with her morning run despite the close call.

However, about an hour later, she was running the trail above the same home when she witnessed the owner come onto the back porch and attempt to scare the creature out of the backyard.

“I live about three minutes away in Wilden but I jog here all the time and I’ve never seen a cougar before,” added Peterson.

“It was out way past its curfew.”

NowMedia has reached out to BC Conservation Office for an update on the situation.