An investigation into a drug trafficking operation in Kelowna culminated at a local motel on New Year’s Eve.

Throughout the investigation, officers had learned that the suspect was trafficking drugs out of his motel room in the 1500 block of Hwy 33.

“The suspect was operating a drive-thru of sorts where in some instances, customers would drive up to the room, remain in their vehicle, and the suspect would sell them drugs through their car window,” an RCMP release explained.

On Dec. 31, 2021, officers executed a search warrant of the motel room and seized the following: 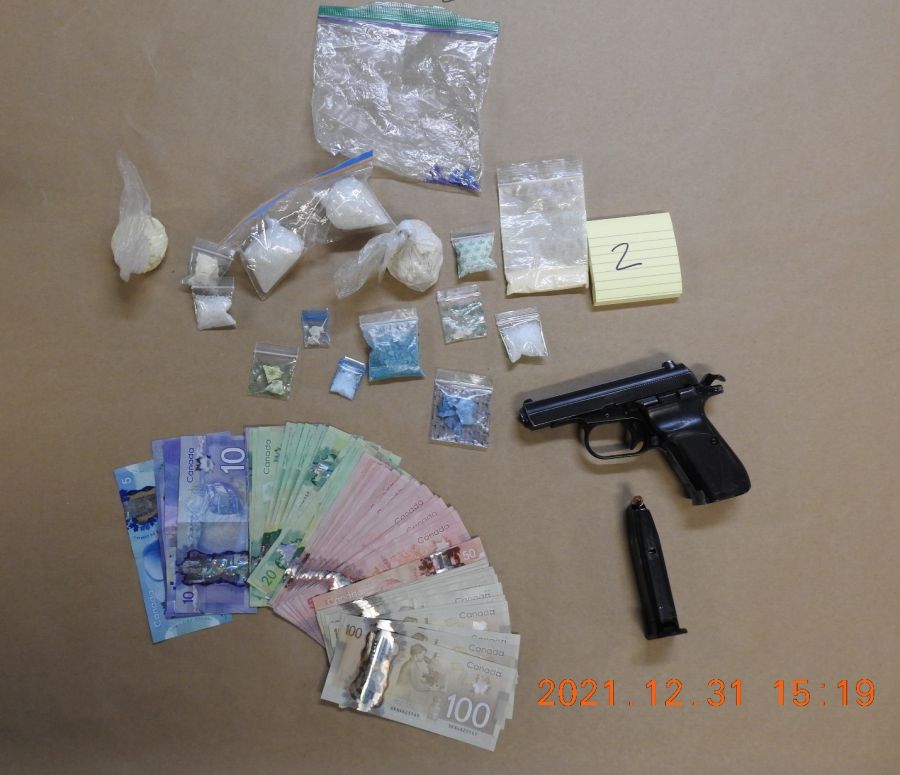 “The amount of fentanyl seized during this investigation equates to over 500 lethal doses,” said Sgt. Desmond Kiehlbauch.

“Our officers have prevented a significant quantity of dangerous and highly-addictive drugs from getting to our streets.”

The suspect, a 45-year-old man, was arrested at the scene without incident and has been charged with the following: