UPDATE: Confederate flag featured in a Halloween display in Kelowna has been removed

The Kelowna RCMP said that an investigation was opened in regards to the effigy and the flag, and that they had requested the homeowner remove the offensive imagery.

"These symbols only serve to fuel hatred and division and such behaviour cannot be tolerated in our community and society," said Insp. Adam MacIntosh. 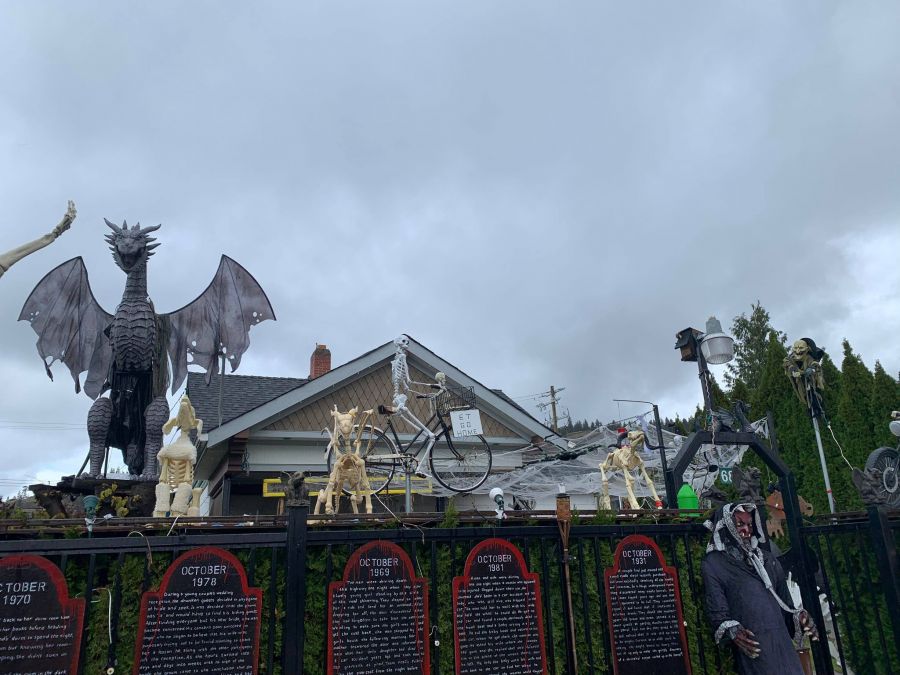 (Update: Oct. 27, 2021 @ 3pm): The Kelowna RCMP have issued a statement regarding a Halloween display that includes a Confederate flag and a hanging effigy.

Both the RCMP and bylaw officers have opened investigations into the residence, police confirmed.

The hanging effigy has been taken down, but authorities said they are requesting that the homeowner take down the flag as well.

“We have opened an investigation in relation to the circumstances of the effigy and the flag at that location,” says Insp. Adam MacIntosh of the Kelowna RCMP.

“We are taking this incident extremely seriously and are collectively working with city bylaws as to the appropriate course of action. These symbols only serve to fuel hatred and division and such behaviour cannot be tolerated in our community and society.”

Mayor Colin Basran also commented on the incident, saying the “racist imagery” is not welcome in Kelowna.

“The City of Kelowna is encouraged and grateful to the RCMP for following up on this terrible public display,” said Basran. “There’s no place in Kelowna for this kind of racist imagery, which is hurtful to people of colour and all who cherish an inclusive community.”

(Original story: Oct. 27, 2021 @ 2pm): The Kelowna RCMP was seen outside a home today, presumably checking out a Halloween display that has prompted complaints from the public.

The display includes figures hung in nooses and a Confederate flag. 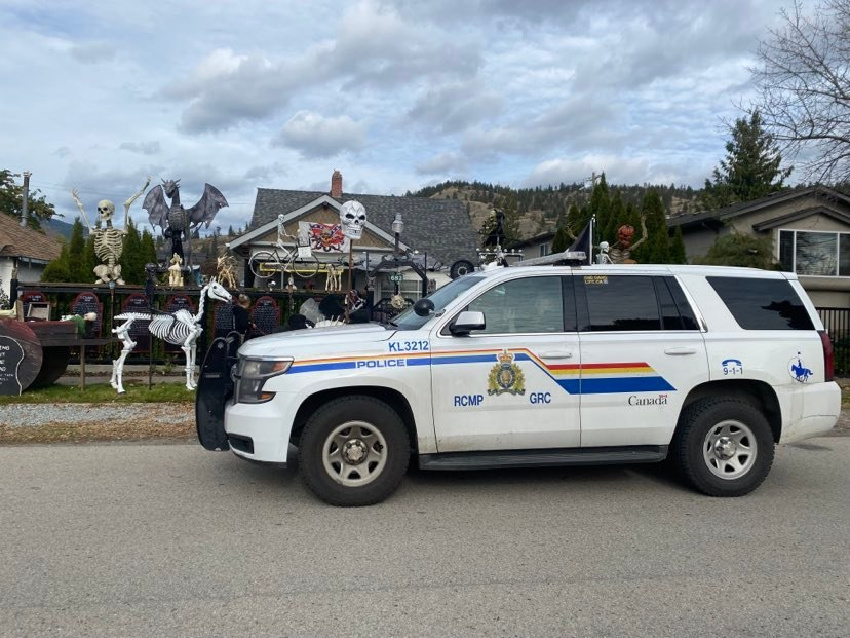 Officers at the scene gave no comment, and the homeowner was seemingly unavailable as the front gate was locked.

A reporter at the scene noted that one figure that was dressed as a lynching victim has been taken down. 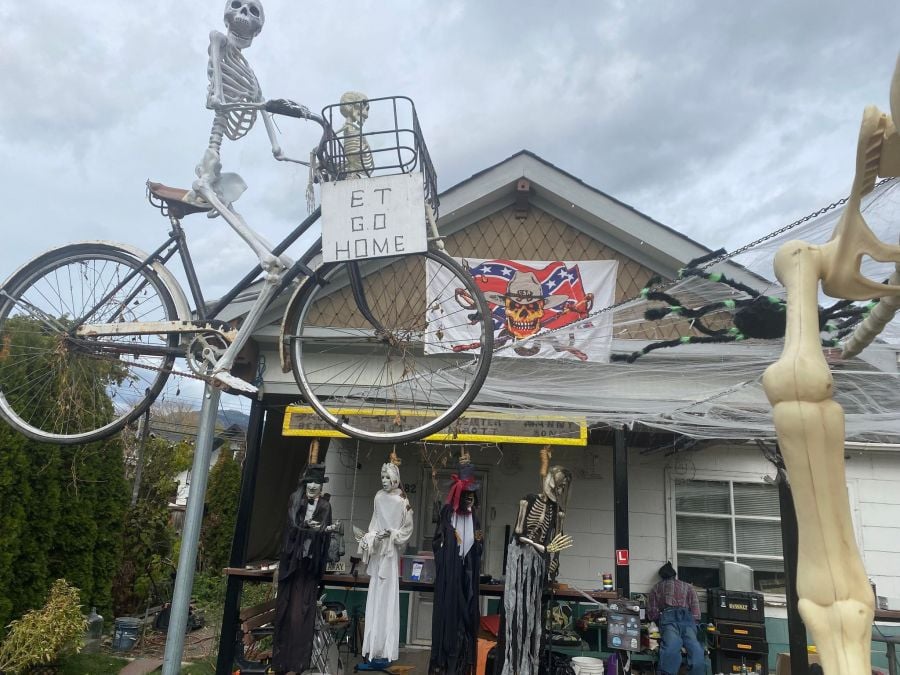 The Kelowna RCMP confirmed in an email to NowMedia that they have opened a file in regards to the display.

Bruce Gantor, a long-time neighbour of the current home owner, said that he does not believe the display was put up with any malicious intent.

He said that his neighbour does a Halloween display every year, and that there was likely no “sinister thought” behind any of the decorations.

However, the display has been met with uproar from some community members who say that it is upsetting and offensive. 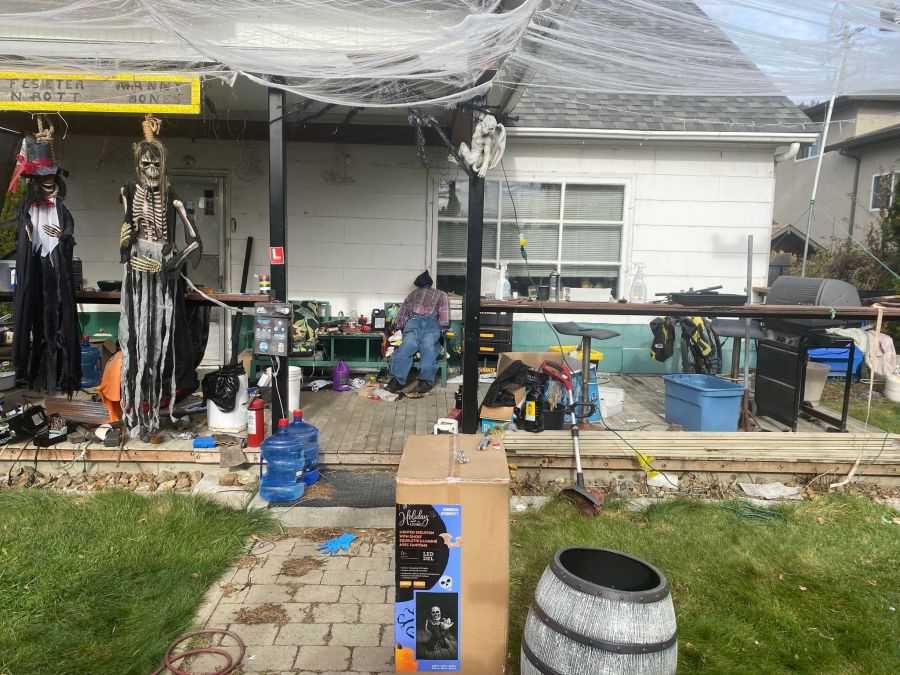