On Monday, Kelowna council endorsed the Mission Recreation Park Master Plan which will guide the development and expansion of the park over the next three years.

The plan was completed nearly a decade ago and this update will see several projects constructed in 2025.

This includes the expansion of the Capital News Centre, the construction of the Mission Activity Centre, the addition of softball diamonds and a youth park, plaza and trail system.

According to the plan, the CNC expansion, which will create two new ice sheets and a multi-use facility, will cost about $39 million.

The Mission Activity Centre will cost about $15 million and another $3 million will be set aside for the youth park, plaza and trail network system.

Melaine Steppuhn, parks manager, said the addition of the softball diamonds will cost $4.5 million and are anticipated to be completed by next year.

All these projects are listed in the 10-year Capital Plan.

Over the next few years, there will also be updates to washroom and change room facilities, transit services and accessibility.

Steppuhn said that parking throughout the park will require upgrades as well to accommodate the increased capacity.

“The site does experience parking stress at peak use,” stated Steppuhn.

“There is parking planned in the master plan but each time a facility will be planned parking will be investigated. It is anticipated that a parking demand management plan will be required.”

Councillor Brad Sieben wondered if anything else was going into the expansion of the CNC, however, staff explained that they were developing an indoor recreation facilities strategy.

Steppuhn said that additional details had not been decided on at this time and city staff would return to Kelowna’s future council with more information and recommendations later this year.

City staff said “that is one of the key elements that is going to be determined after the indoor recreation facility plan” which is expected to take place next year.

Steppuhn added that programming and the design of the new activity centre will be similar to the successful Parkinson Recreation Centre.

Councillors Luke Stack and Charlie Hodge hoped that the activity centre would be large enough for the community and wouldn’t face the same pressures as the centre at Parkinson.

Councillor Brad Sieben, who is not running again for city council, thanked staff for bringing the report forward to council.

“I think it is important for (council) to understand the full vision that’s there, obviously, 2013 a lot has changed since that time,” said councillor Sieben, who hoped the project stayed within budget..

“To see what is being added to it at a council level will be really useful. I think the more that comes forward … will be key.” 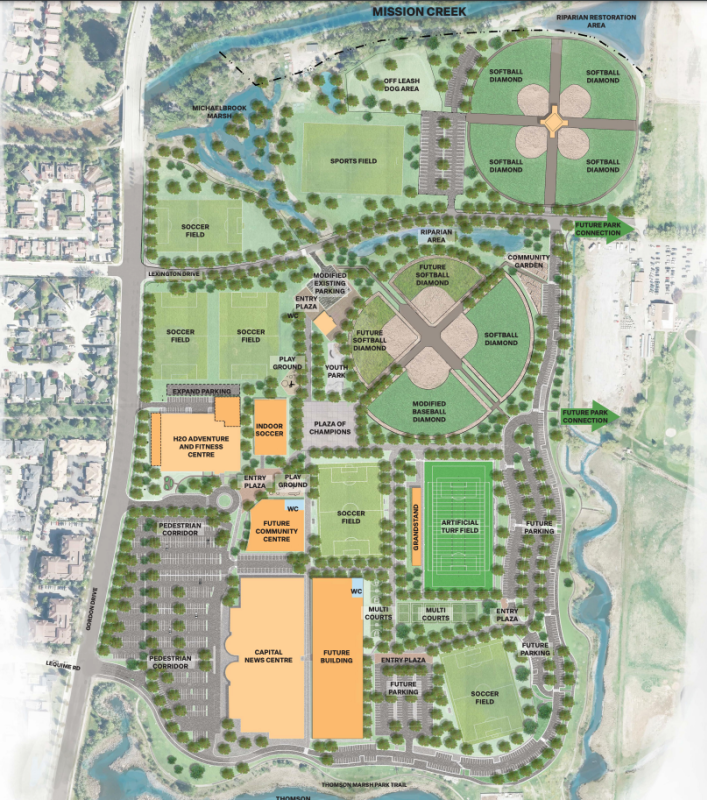