Kelowna has the 4th most illicit drug deaths of any B.C. city in 2017

Between January and September of 2017, there have been more than 1,100 illicit drug overdose deaths in B.C.

Sixty-three of those have occurred in Kelowna, which ranks fourth amongst B.C. cities. 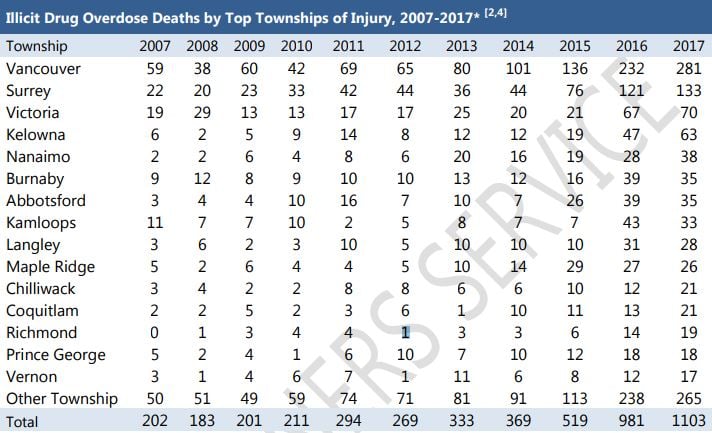 The only cities ahead of Kelowna are the highly populated Vancouver (281) and Surrey (133), as well as the provincial capital of Victoria (70).

There’s a fairly significant gap between those top four and any other city on the list, as Nanaimo sits fifth with 38 deaths.

In Kelowna, like the rest of the province, the fentanyl issue has reached a point of great concern over the last two years. 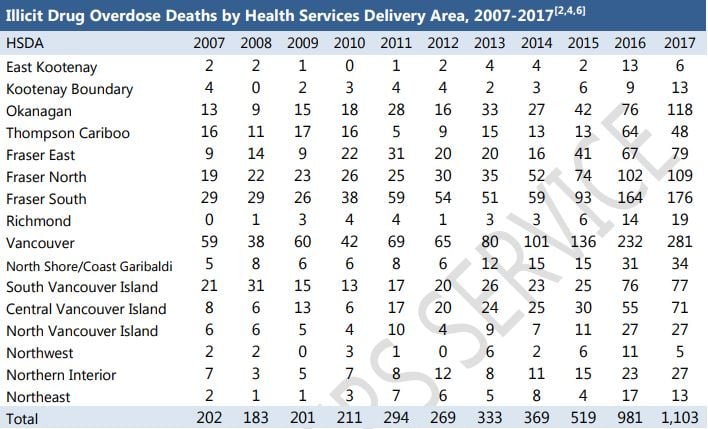 One other Okanagan city made the top 15 when it comes to most illicit drug deaths across B.C., which was Vernon.

There have been 17 illicit drug deaths between January 1st and September 30th in Vernon, which ranks 15th in the province.

Vernon has a far lower population than any other city on the list, with 40,000 residents, which is 33,000 people less than the next closest city in Prince George (18 deaths).