A Kelowna businessman has been left “disgusted and appalled” after a swastika was painted on his truck in what he fears was a targeted attack.

Speaking to KelownaNow on the condition that he remains anonymous, he said he thinks the vandalism – which included the slashing of two tires – was “racially motivated.”

“I work closely with the East Indian community,” he explained, adding that he also has a First Nations close family member.

“I’m upset, disgusted, appalled, pissed off,” he said. “That symbol should never be written down.” 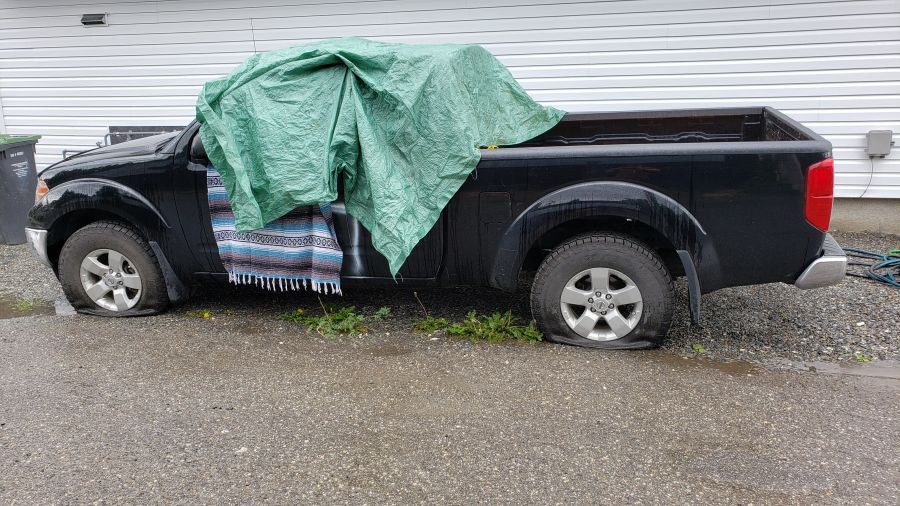 Over a hundred people saw the swastika after it was painted on his truck on Tuesday when it was parked near the intersection of Cawston Avenue and Ethel Street, he said.

People in the neighbourhood were shocked and offended by it, the man explained.

A white pickup truck seen in the area at about 10 am may be involved, he said, adding that he would like anyone who saw it around that time to speak to the police, who are investigating.

The damage to his vehicle is estimated to cost about $1,000 to repair, he added.

“This really isn’t about money, though,” the man told KelownaNow. 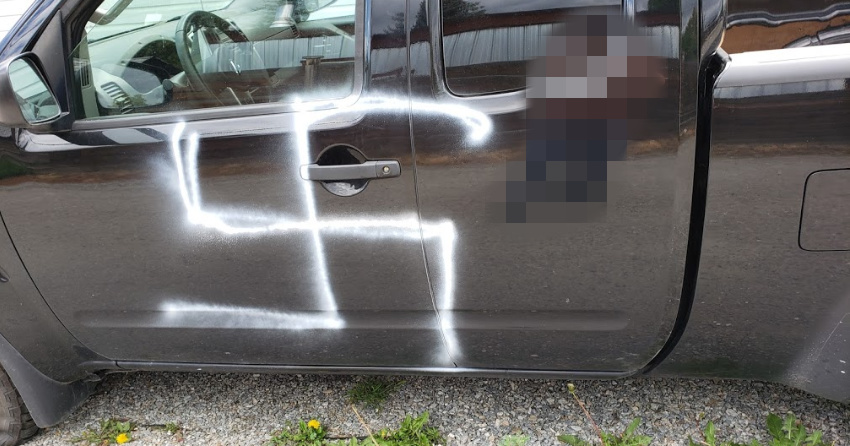 “I want to know if this is some white supremacist gang.”

He said he intends to launch a civil suit if the person, or people, responsible are found.

“I’m going to throw my whole weight into this,” he said. “I won’t be bullied.”

He added: “I was scared at first, and now I’m worried I’m going to be physically assaulted, but I won’t stop until they are caught.”

A spokesperson for Kelowna RCMP said: "On June 30, Kelowna RCMP responded to a complaint that a vehicle had been damaged in the 1000 block of Laurier Avenue. Two tires had been slashed and overnight an unknown person allegedly spray-painted a swastika on truck.

"Kelowna RCMP have canvassed with the neighbours but have, to date, been unable to locate a witness or surveillance video.

"This matter is under investigation and we would ask anyone with information regarding this crime to contact the Kelowna RCMP or CrimeStoppers."