A Kelowna resident is prompting others to ensure they lock up their snow removal gear after viewing video showing someone attempting to move a heavy snow blower on his driveway.

Shamus Knox recently moved into his newly-built home on Upper Canyon Drive and woke up on Sunday to a security notification on his cellphone with footage of the incident. 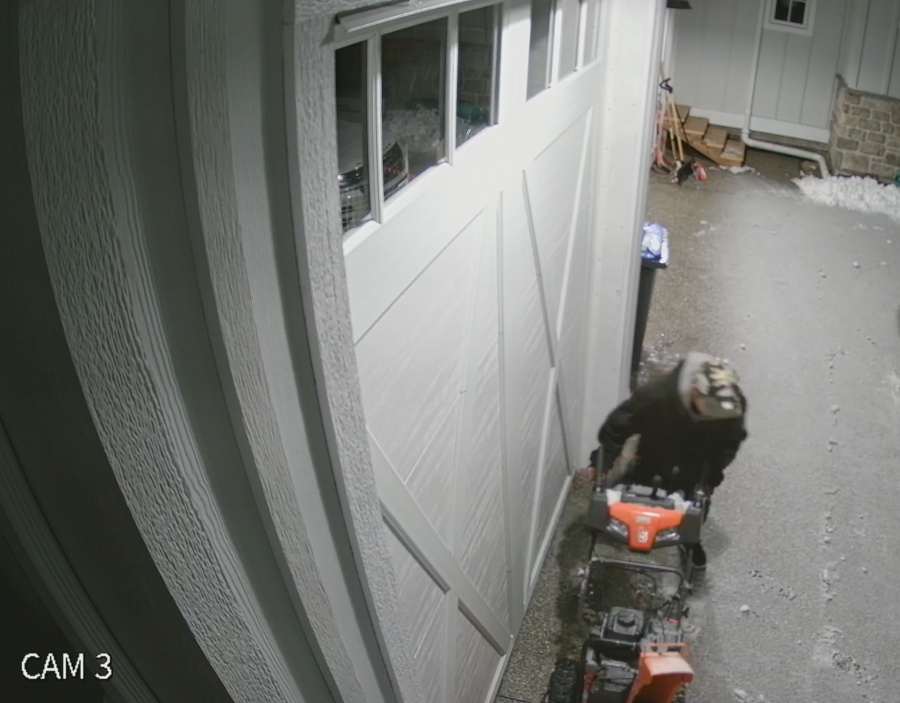 The short clip shows the suspect beside Knox’s garage and vehicles, struggling to move the piece of heavy equipment before giving up and walking away.

“We had just moved into this house so our garage is packed full of boxes, which is why we made the decision to keep the snowblower in the driveway,” said Knox.

“It is very heavy, so someone wouldn’t be able to just pick it up and walk away with it, which is probably what deterred him from taking it.”

According to Knox, this is not the first time he has dealt with an incident of this nature taking place in his neighborhood.

Following his close call with an expensive loss, Knox is now prompting fellow Kelowna residents to keep all snow removal gear indoors and look at investing in a home surveillance system.

“I’m getting a little tired of all of the theft that has been going on in Kelowna, I never used to hear this much about it or ever experience it — now its seemingly become an epidemic,” he said.

“I think everyone should have a camera system, they aren’t that expensive, some are only a $600 investment making them well worth it."