Mounties are investigating after two vans used to transport kids were smashed up outside a charity building in Kelowna.

The Sunshine Coach vehicles were left unusable after their windows were broken.

The white Ford Transit 350s had been parked at the YMCA on Hartman Road in Rutland.

Police, who were told about the incident on Jan. 15, said it is the second such occurrence reported in the last two weeks. 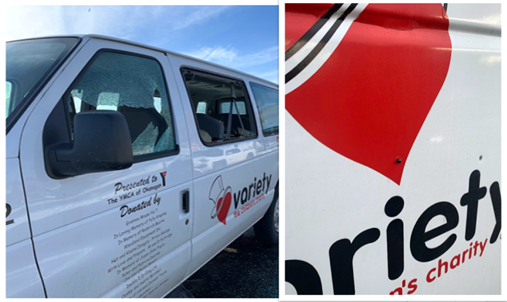 Ten of the two vehicles' windows were broken and they were both shot at by a BB gun.

Crime Stoppers has now asked for information that could help with the police investigation.

The organization said: “If you know anything about this crime, or any other crime, call the Central Okanagan Crime Stoppers’ anonymous tips line at 1-800-222-TIPS or visit our website at crimestoppers.net.

“Your information will be kept confidential and could lead to a reward of up to $2,000.”