While still cheaper than BC's major rental markets, Kelowna continues to be a pricey spot for tenants.

According to PadMapper's national rent report, the Okanagan’s largest city has dropped out of the five most expensive rental markets in Canada, sitting sixth.

It's the second consecutive month that Kelowna has been ranked sixth in the nation, although, rent prices are way up compared to the same time last year.

Looking at two-bedroom units, the median sits at $1,780 representing a 0.6% bump from September, but a 9.2% jump from the same time last year. 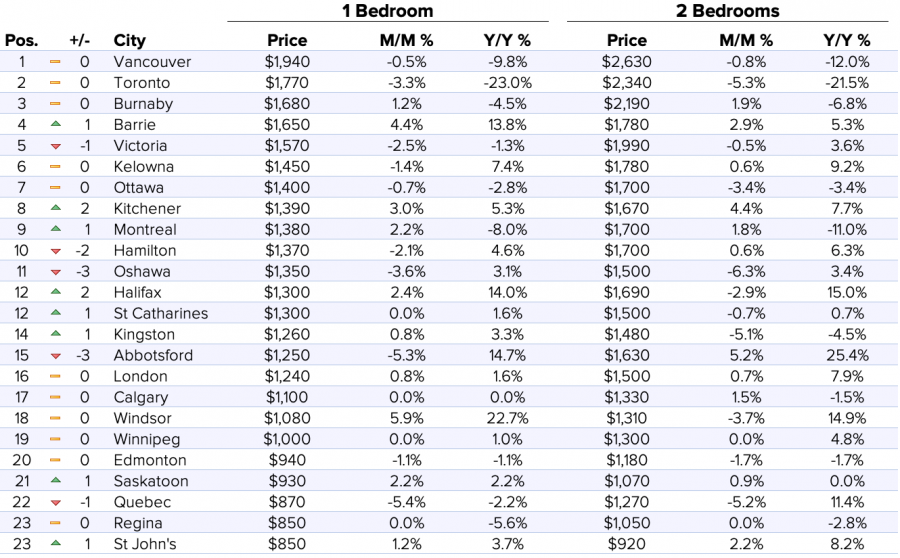 Looking across the rest of Canada, it appears the rapid double-digit growth rate in cheaper cities has begun to slow down.

"The large rent price growth rates that we saw for the less expensive cities over the past few months have tapered off, as only 4 cities experienced double-digit year-over-year spikes in this report," reported PadMapper.

"Though this is likely tied with seasonality, as it is the colder months now so there is overall less demand for rentals."

Calgary offers some of the best rental prices in the country for a city its size, where renters can find a one-bedroom at an average of $1,110 and a two-bedroom for $1,330.