Being one of the fastest growing cities in Canada, real estate development is reimagining Kelowna's downtown and will continue to do so for some time.

City council has considered and approved several massive development proposals over the past year and construction is well underway on large projects that will soon reshape the city's skyline.

KelownaNow has rounded up a quick recap of some of the notable development projects under construction in downtown Kelowna.

After hitting a few development snags in the spring of 2018, the 14-storey, 91-unit high rise known as Ellis Parc is now well underway.

Sitting adjacent to Prospera Place, the mixed-used development featuring units ranging from 941 to 1301 square feet, remains scheduled to be completed by the end of 2019. 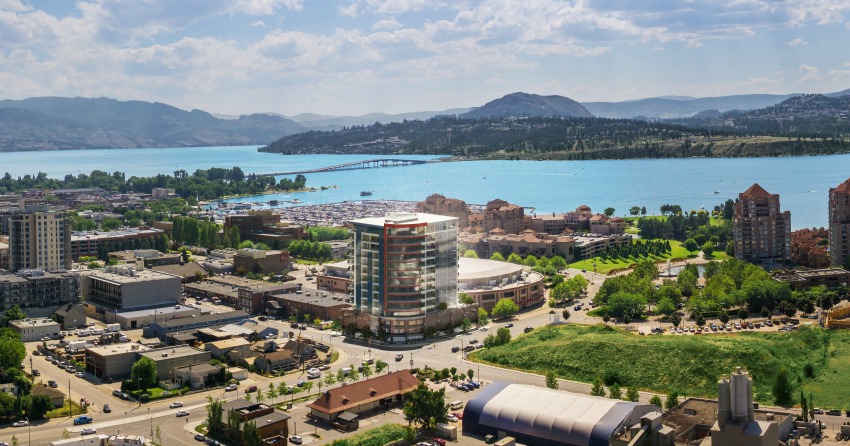 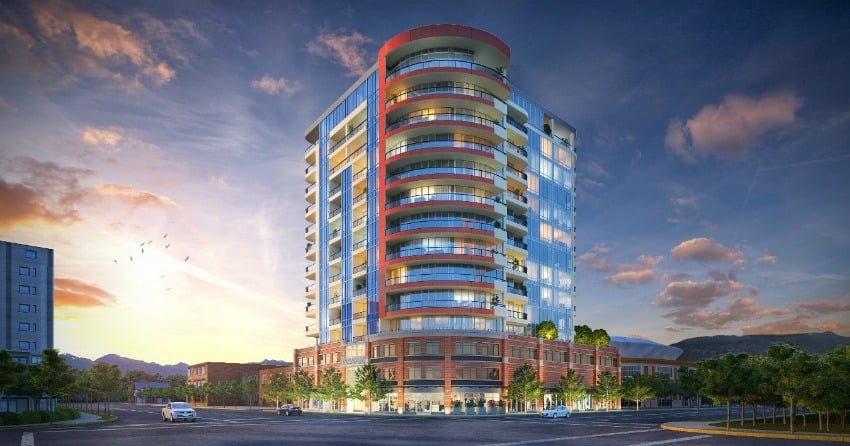 The two towers poised to drastically alter Kelowna's skyline are beginning to take shape on the corner of Ellis Street and Sunset Drive.

One Water Street's first tower to be erected will be the 26-storey, 191-unit East Tower, set to be completed by 2020. 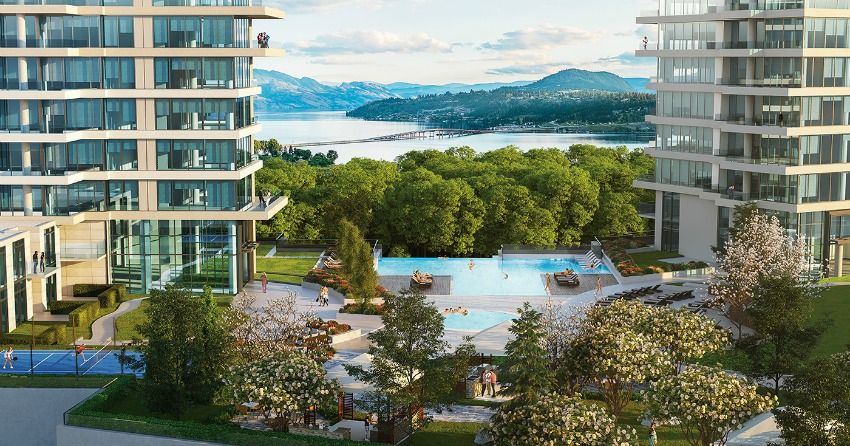 Construction is well underway on the 21-storey, 116-unit ELLA Tower, set to become the first high-rise to be constructed downtown south of Bernard Avenue in decades.

With the first six-storeys pegged for commercial business, ELLA represents a trend of mixed-use residential buildings. 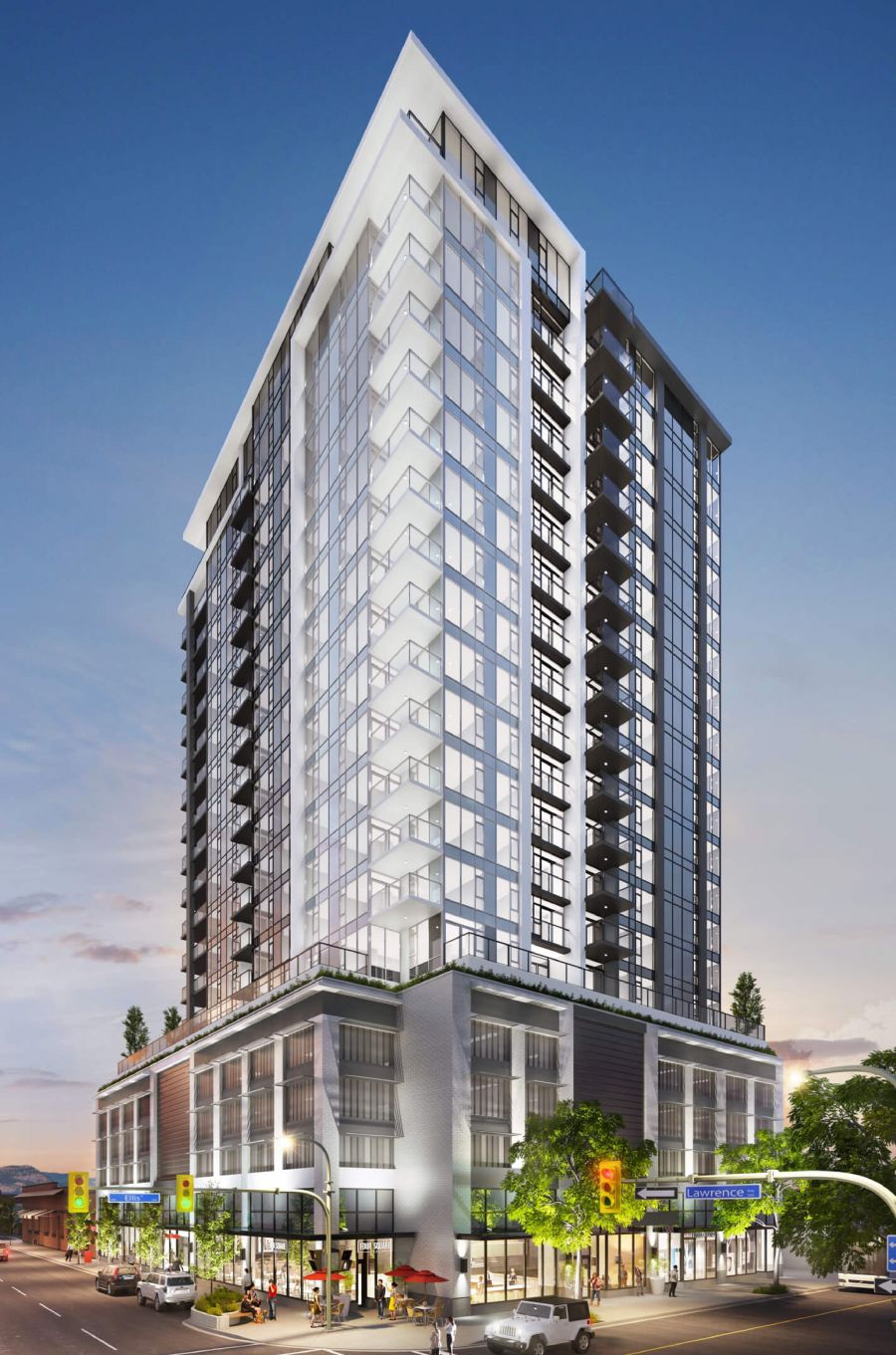 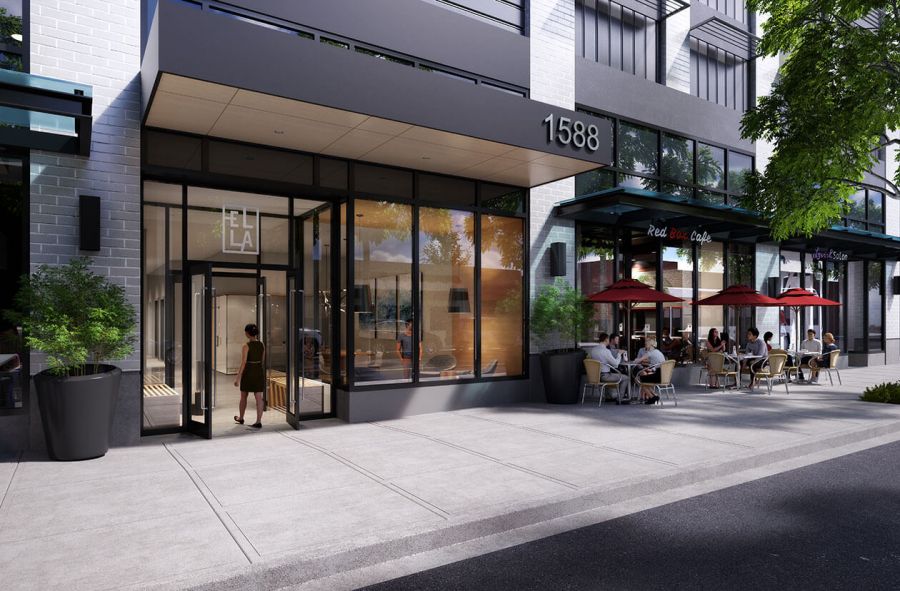 In March, developers broke ground on the 25-storey, 178 unit mixed-use development on the corner of Bernard Avenue and St. Paul Street.

The building's first four storeys will be occupied by commercial space, with the next 21-storeys being comprised of one and two bedroom homes between 491 and 1,034 square feet.

It’ll also be home to Kelowna’s highest rooftop lounge, however, that amenity solely for residents and not for the public to enjoy. 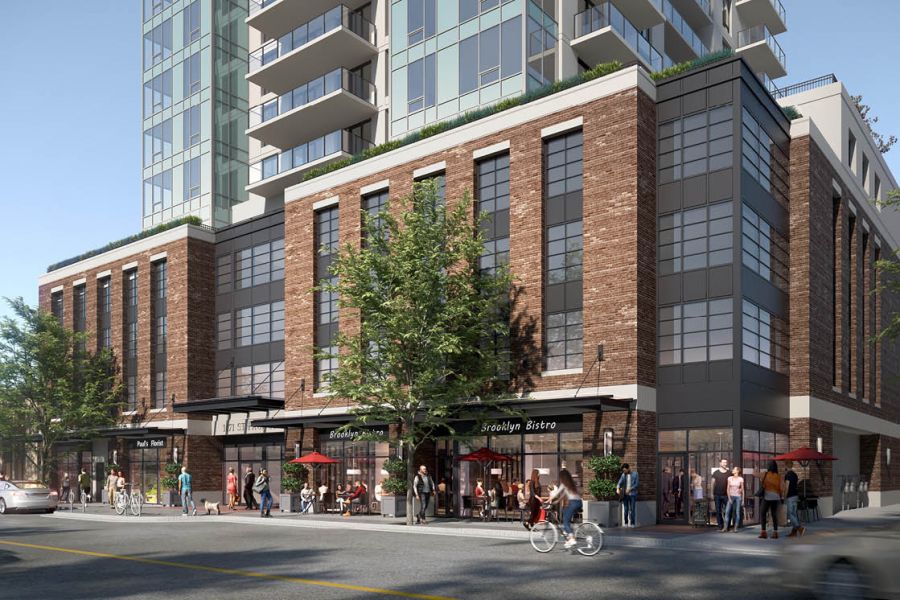 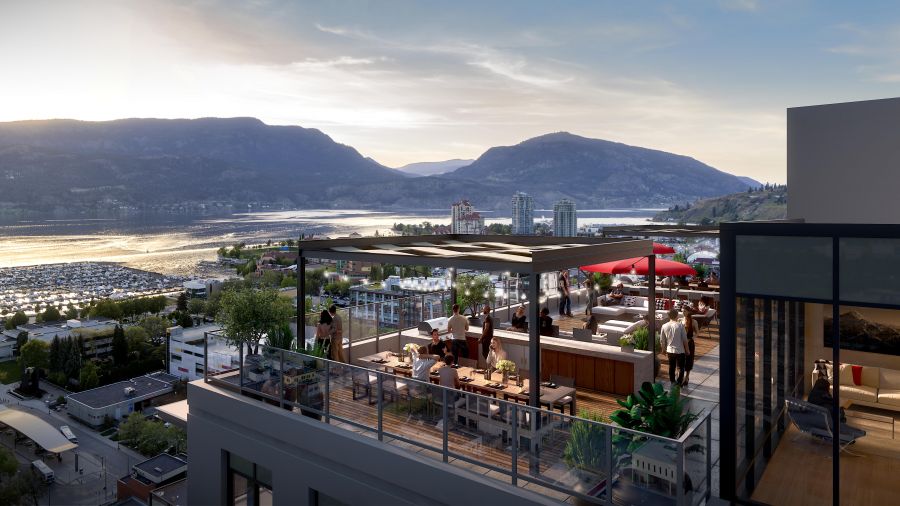 Construction of the two six-storey buildings will begin in June and is expected to be complete by the end of 2020. 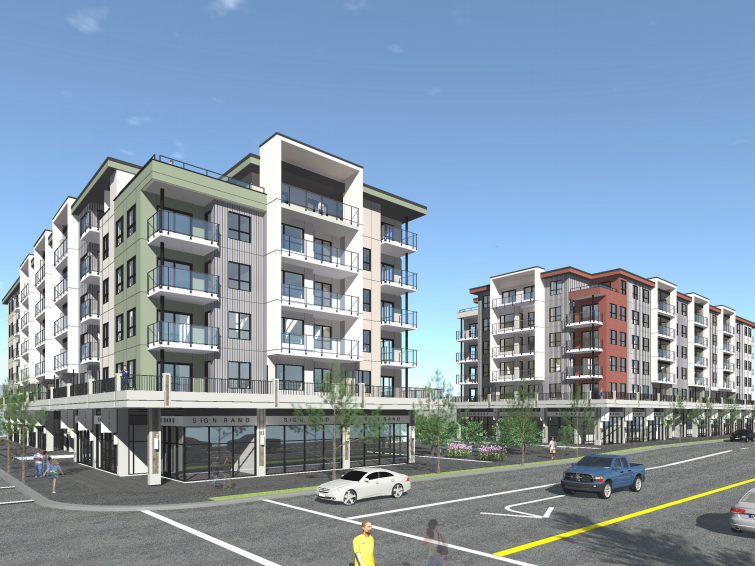 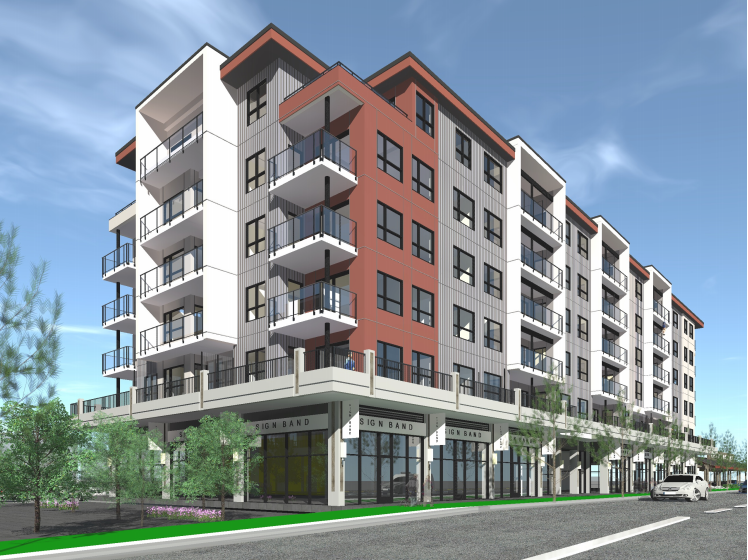 The six-storey, 103 unit development at the shore broke ground in early 2018 and is on target to welcome it's first residents this September.

What's perhaps even more interesting is that those first residents will be students.

The development will be home to student rentals from September to May, when the units will then serve as vacation rentals during the summer.

Below the residential units lies 20,000 square feet of commercial space that is currently 100% leased out. 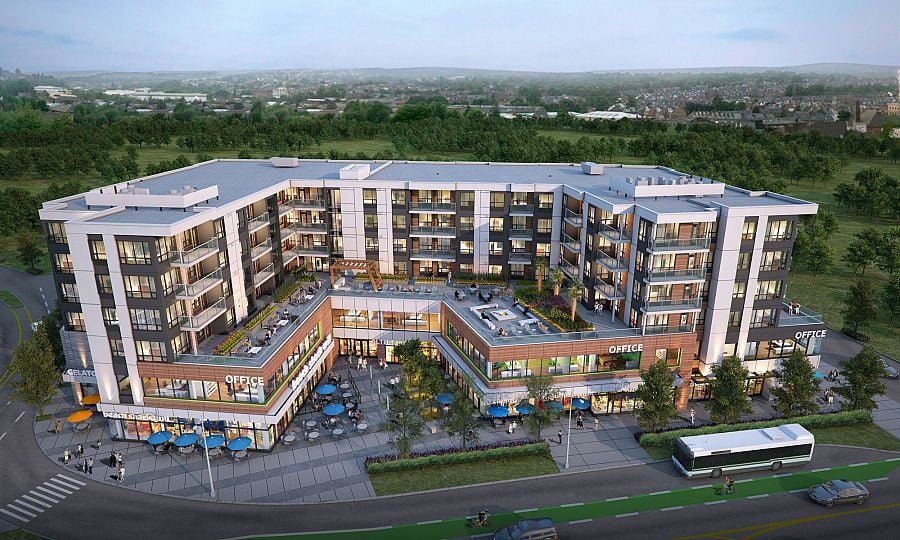 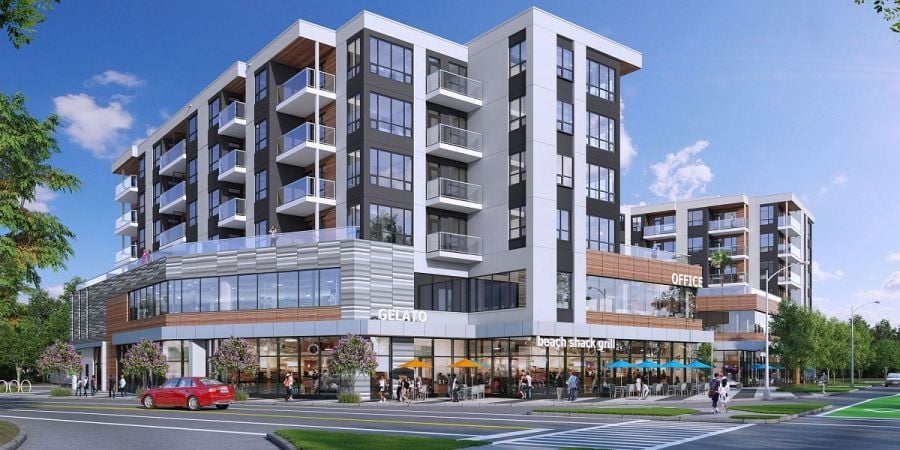