The superintendent of Kelowna RCMP has apologized after the detachment was found to have ignored a young woman’s complaint of rape.

Supt. Kara Triance said she is “deeply apologetic” about the case and stressed that the detachment is training staff to approach accusations of sexual violence differently.

The woman, who was a 20-year-old resident advisor at UBC Okanagan at the time, said she was raped by a male resident advisor in Sept. 2019, according to the Vancouver Rape Relief & Women's Shelter, which is supporting her.

The shelter said the woman went to the RCMP in May 2020 to report that she had been raped, but was told an investigation “was not worth the RCMP’s time.”

“Even though the victim pleaded for the officer to conduct an investigation that might result in the police recommending charges, the officer falsely recorded in the file that the victim was not interested in police pursuing charges against the attacker,” the shelter added. 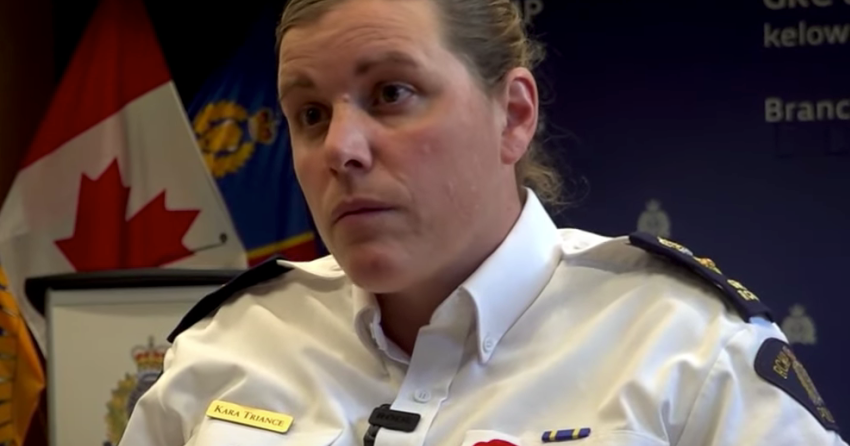 In March 2021, the woman complained to the RCMP Civilian Review and Complaints Commission, which led to an investigation and, ultimately, the recommendation of a sexual assault charge.

The officer who initially dealt with the woman’s complaint was also found to have displayed an “improper attitude and neglect of duty,” the shelter explained.

That officer has since retired, the Kelowna RCMP said.

“I have very high expectations of my police officers when it comes to professionalism, respect, accountability and how we deliver our police services,” Supt. Triance said.

“As Kelowna’s commander, I am deeply apologetic that our initial response to this incident was not in line with our investigative standards, nor was it a trauma-informed approach to sexual violence. Going forward we continue to invest in our officers, our supervisors, in training and in processes of accountability and review. We are committed to working with partners who support survivors of violence to ensure a trauma informed response and police accountability.

“We are working to ensure that our response to crime centres around persons – knowing that if we can change the trajectory of a person's life, impacted by violent crime, in how we respond and how we provide police services, we can have improved outcomes in the long term for those individuals impacted by trauma and for our society as a whole.”

In a long statement issued by the Kelowna RCMP, a spokeswoman for the detachment said that sexual violence “is arguably one of the most heinous interpersonal crimes an individual may have to report to police, and therefore we need to be excellent in our standard of investigative practices, with a trauma-informed approach and the Kelowna RCMP needs to do our best work every time.”

She added that a sex crimes investigator has since been assigned to the investigation of the woman’s case.

“Since this incident, the Kelowna RCMP has taken many steps to do better, ensuring our strategic priorities have been designed with a victim-centred approach in mind,” the spokeswoman said.

Those priorities include “earning the trust of every citizen who have [sic] experienced persons crimes” and “showing up at our best for every citizen.”

Sophia Hladik, a frontline worker at Vancouver Rape Relief, said: “We hope that this case will be a turning point for the Kelowna RCMP and their handling of sexual assault reports.

“Unfortunately, poor police conduct towards rape victims is still very common in many police detachments across the province. We believe that only media exposure and consistent public pressure will force a transformative change in the criminal justice system and its response to violent crimes against women.”