A Kelowna woman is warning the community after encountering what she believes was a wolf last night on a trail in Black Mountain.

Kyla Nelson is recovering at home today after the flood of adrenaline she experienced while trying to get away from a wild animal while hiking with her two dogs, a labrador and a corgi/golden retriever cross. 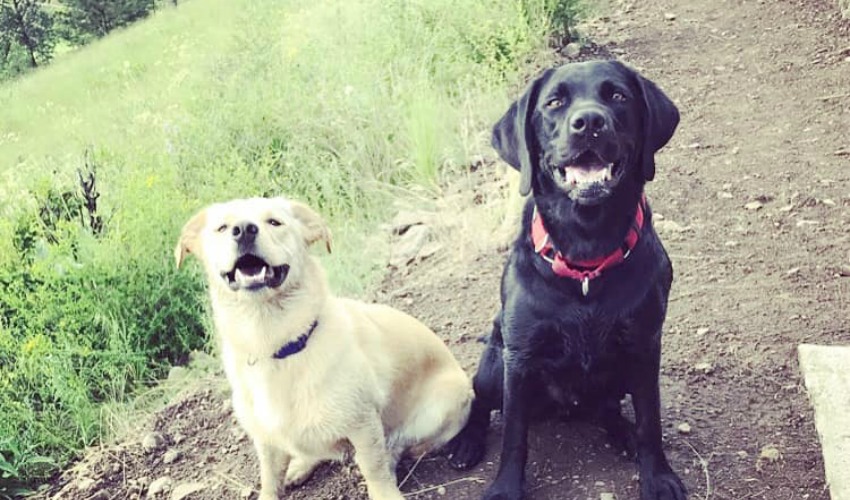 Nelson said that she began her hike at about 4 pm after parking by the golf course entrance.

Then, she says the animal appeared and started charging at her and her dogs just as she had reached the view point.

After the incident, she described it as either a large coyote or a wolf. After referencing photos, she believes it was in fact a wolf, as it was quite a bit bigger than her 75 lbs labrador.

Right away, Nelson called her dogs back because they were off leash and attempted to throw rocks, objects, yell and make herself bigger to scare off the animal. She even threw her large thermal water bottle and her shoes at it with no response. 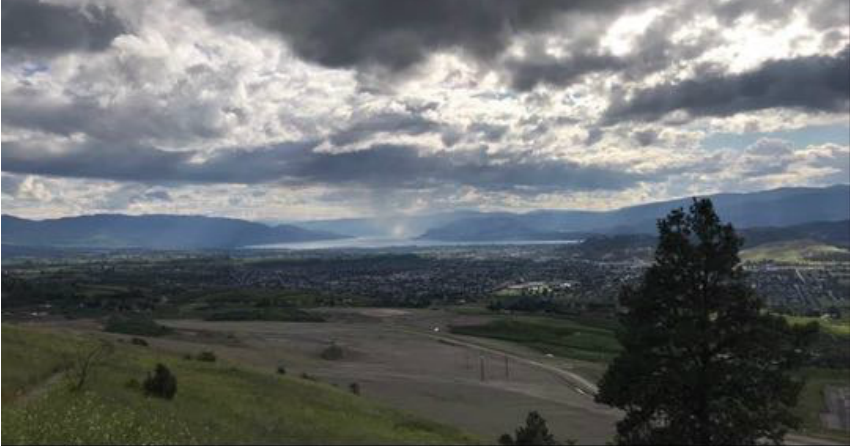 Instead, the wolf seemingly left but came back again.

“At one point, I couldn't see it after 15 or 20 minutes of throwing stuff at it, and i was like oh my god it finally went away,” she told NowMedia. “I kind of went around a corner on the trail and I started running and was looking over my shoulder and it was there again.”

“I was so panicked. I continued to throw rocks and it ran away again and I started to walk backwards down the trail and it came back at a different angle like trying to get me from behind and at that point I was screaming ‘somebody help me, please.’”

“My dogs were freaking out. I have cuts all up and down my body and I fell twice,” she added.

Nelson said that at one point, the wolf was howling, and seemed to be calling it’s pack closer, and her dog started howling back at the wolf. 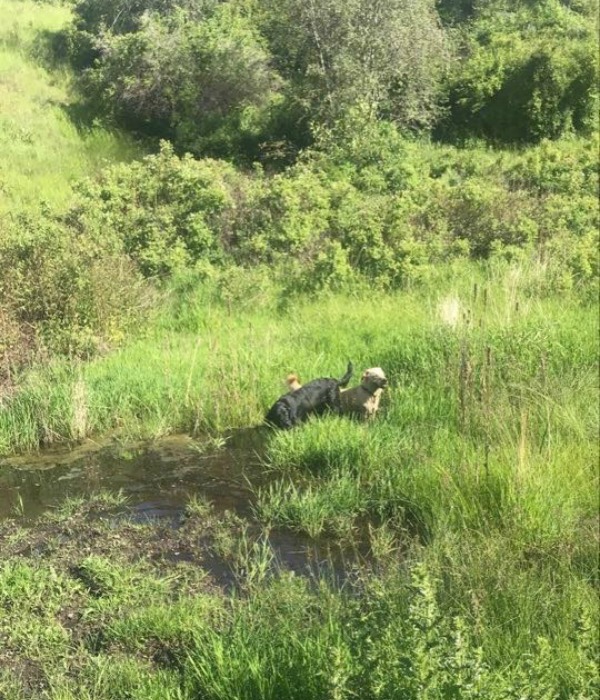 The wolf stalked her down the trail for 40 to 45 minutes. Nelson decided it was time to call 911 at 5:16 pm. While on the phone, she reached a gate at the end of the trail and went down and started running until she came across a jogger.

The jogger was able to take the phone and talk to the police. Nelson said she then had “a full on panic attack." The experience left her and her dogs are exhausted and traumatized, but otherwise unharmed.

The Kelowna RCMP provided a statement to NowMedia confirming that they were called to the area for a report of a hiker that was attacked by what was described as “a large coyote.”

The department said that officers located Nelson near the intersection of Tower Ranch Blvd and Rower Ranch Dr.

She was uninjured but was treated by BC Emergency Health Services on scene.

The RCMP says that conservation has been advised of the incident for follow up and investigation. NowMedia has reached out to conservation and parks staff for more information.

The Regional District of Central Okanagan has a safety guide online that outlines what you should do if you encounter wildlife such as bears, cougars, coyotes or wolves. It advises people not to run away, as this may trigger an attack.

The guide recommends backing away slowly while yelling and making yourself appear larger if the animal has noticed you.

Some tips to avoid wildlife encounters include keeping your dog on a leash, keeping small children close, avoiding wearing headphones and making noise while hiking and jogging.