Hikers in the Central Okanagan could soon have a new high elevation trail to enjoy in Kelowna.

The trail would stretch from the end of Mantle Court in the Black Mountain area to the top of Layer Cake Mountain.

It would then continue down the western side more than a kilometre to the rim overlooking Mission Creek. 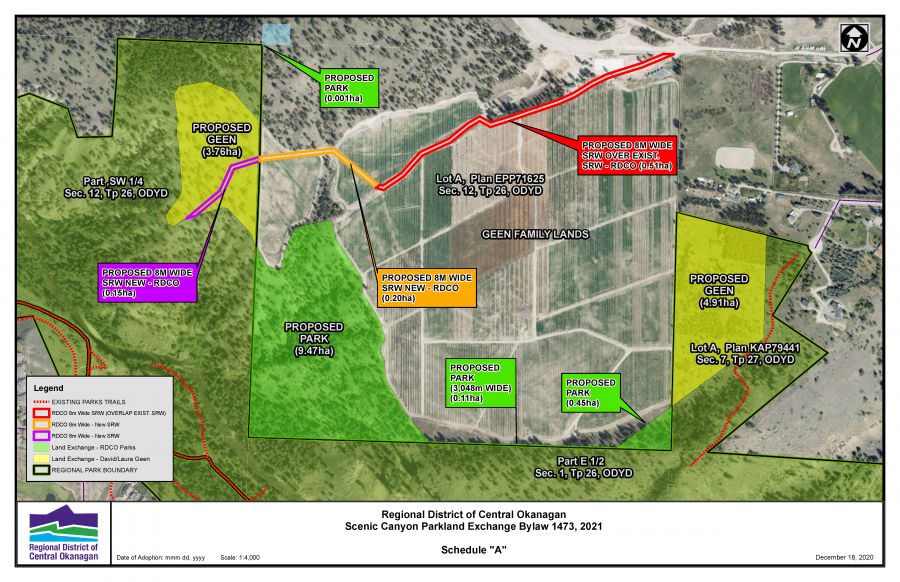 According to parks services director Murray Kopp, the trail would be less steep than Knox Mountain and more similar to the Rose Valley trail network in West Kelowna.

"Starting the hike at Mantle Court, it would take roughly 20 minutes to half an hour to reach the top of Layer Cake Mountain," explained Kopp.

Eventually, the trail could be extended all the way down to Mission Creek.

However, the proposed land deal will have to pass an electoral approval process first.

The deal in question would see the RDCO receive an estimated .86-hectare "Statutory Right of Way" parcel of land from property currently owned by orchardist David Geen.

In exchange, Geen will receive 8.67-hectares of land in the park.

The RDCO will also receive $454,000 in compensation for the acquisition of future parkland.

Central Okanagan residents can vote against the deal before March 1.

If 10% of the population, or an estimated 20,598 residents, vote against the deal it will be turned down.

Those in support of the deal don't have to do anything.