UPDATE: Suspect on the run after Kelowna bank robbed with handgun

Police were called to the RBC on Pandosy Street just after 10 am this morning.

All available resources "flooded" the area, police said, including dogs and a helicopter.

But the suspect, who fled the scene with an undisclosed amount of cash, is still on the run.

"Officers are conducting a coordinated search for the individual and are asking the public to report any suspicious activity immediately," said Cpl. Jocelyn Noseworthy. 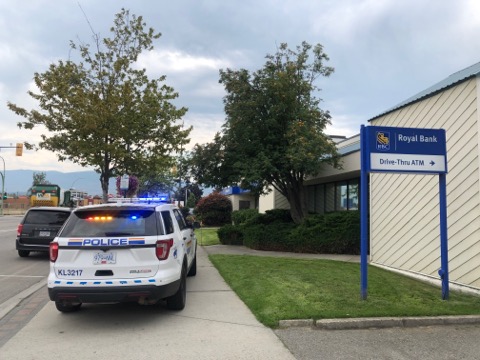 "Please do not approach or attempt to stop this person if you believe you have seen him.”

The suspect is described as wearing a dark baseball cap, sunglasses, a grey hoodie and a mask.

Anyone with information about this crime can contact the Kelowna RCMP at 250-762-3300.

(Original story: July 31 @ 11:21 am): A large number of police officers were called to a bank on Pandosy Street this morning.

Witnesses told KelownaNow the RBC branch there had been robbed. 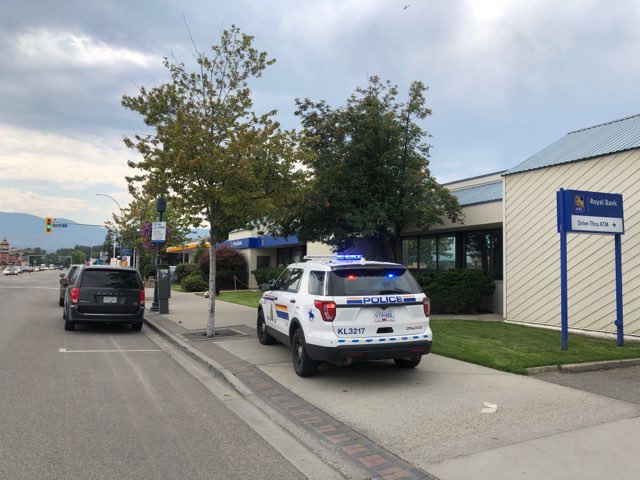 Police are yet to confirm what happened.

A KelownaNow reporter at the scene said there is still a small police presence outside the bank. 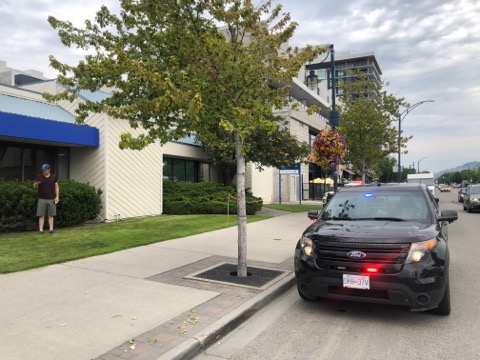 More information will be added to this story when it becomes available.