The owners of a local art gallery are asking for the public’s help after a theft took place at their business in the early hours of Saturday morning.

According to Kelly Hanna, owner of Gallery 421 located at 560 Raymer Ave., the storefront was broken into shortly before 2 am on Jan. 14.

Security camera footage shows two men breaking into the business with a yellow crowbar at 1:58 am.

Less than five minutes later and after two trips into the building, 11 pieces of fine art worth just under $70,000 were gone.

Gallery owners Ken Moen and Kelly Hanna will provide a $1000 reward to anyone who shares information with the police that leads to the arrest of these individuals.

The first alleged suspect is described as:

The second alleged suspect is described as: 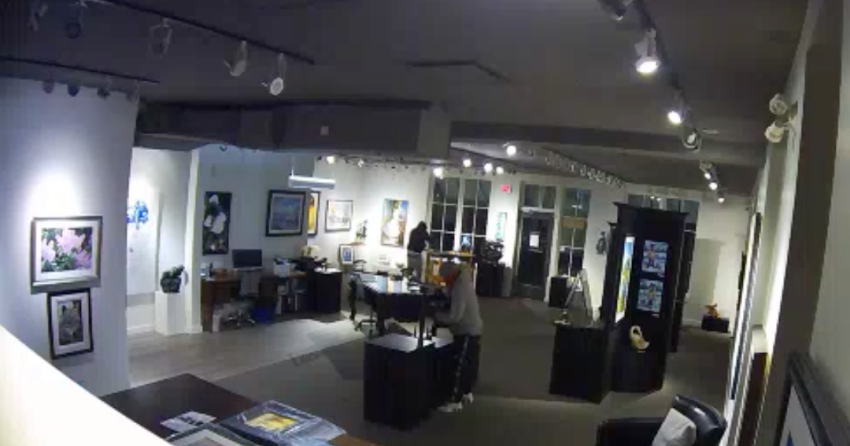