Okanagan mom opens up about losing her sons to fentanyl

It's only been three months since Laurel Keating received a phone call about her son. It's the call no mother or father ever wants to receive and she's experienced it twice.

Her son, Corey passed away on Monday, May 22nd, 2017. During that May long weekend, six people in Kelowna died of an overdose from the same substance - cocaine laced with a deadly dose of fentanyl. Corey was one of the six.

“The coroner told me it was fentanyl and cocaine and said to me, 'If you don't have any more questions, Laurel, I have five other people I have to tell the same thing to,'" said Keating.

Without breaking confidentiality, the coroner told Keating that the ages of the people who died ranged between 20 and 50 years. Corey was 35.

Everyone knew him as fun, kind, pleasant and well-spoken. His mom and others who knew Corey thought he was doing well, that he had his life on track. He had a good job and a house where he and his high school sweat heart, Yvonne were raising their 13-year-old son, Jordan. He didn't smoke or drink. He’d been clean for two years, until he had one bad slip. 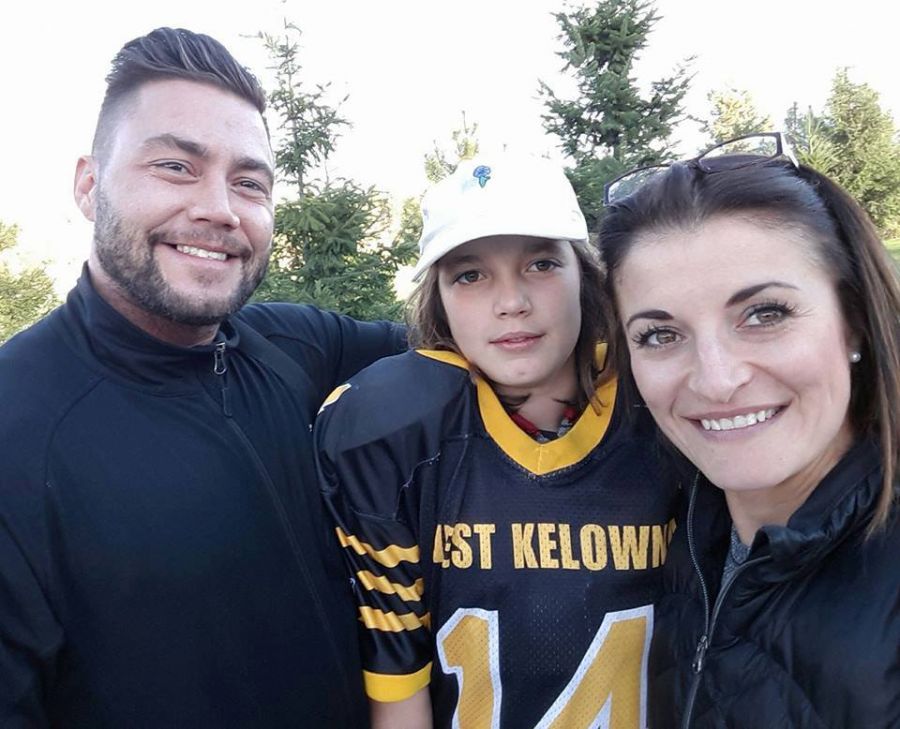 "So Corey for the May Long weekend, he was all alone," said Keating. "Everybody left. I was gone, Yvonne and Jordan were gone, he was ditched. I think it just really got the better of him, his loneliness."

Keating was away with a friend in Arrow Lakes.

His girlfriend, Yvonne and his son Jordan were out of town camping.

His sister, Rebecca, lived in Toronto where she worked as a nurse.

Originally, Corey planned to camp with his younger brother, but his brother changed his mind at the last minute.

"God I didn't have any idea," said Keating. "I had no idea the state he was in."

Later, Corey's counsellor told his family that she'd spent most of Friday with him because he was not doing well.

Corey had also reached to his sister Rebecca to ask for help getting out of Kelowna. 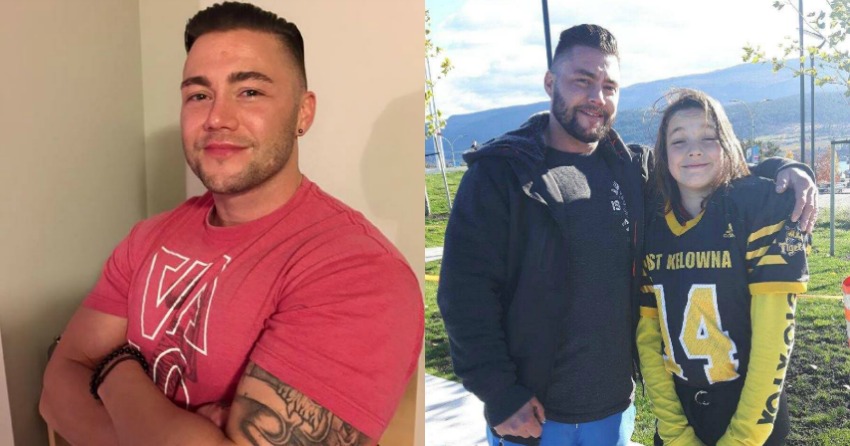 "Rebecca my daughter, she's a nurse. She said she was going to pay for him to get into a really good program on the Island somewhere," said Keating.

Rebecca tried to contact Corey again on Saturday, but couldn't get ahold of him. No one could.

She tried him on Sunday and still, there was no answer.

"I started texting him and calling and even posted on his Facebook which he hates, and said 'Cory this is an emergency. You need to call me right away or I'm going to get the police involved,'" said Keating.

On Monday, the police pinged his phone and found him at his house. He'd died earlier that morning and was found in the kitchen with a naloxone kit beside him.

"Well they said he was gone, and I freaked out," she said.

Keating's son, Adam, had also died of substance use prior to Corey but was in the hospital at the time. Because he was so far away, Keating was never able to properly say goodbye to her son, Adam, and was determined to do so with Corey. 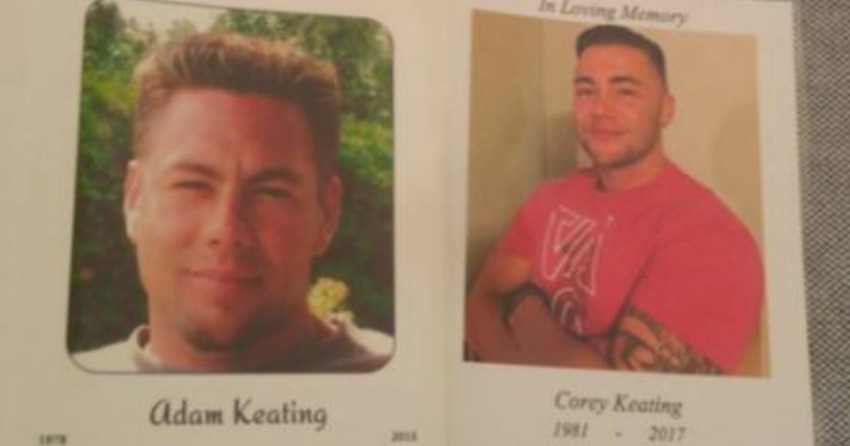 "So we did go and I did see him," she said. "We couldn't touch him or anything, I couldn't hug him, I couldn't go near him. It was really hard."

The RCMP officer told Keating that Corey had given himself one dose of naloxone but it wasn't enough to bring him back.

"He had given himself one dose and was attempting to do the second when he obviously knew there was something not right with what he did or thought he was doing," she said. "But it wasn't enough. It was a fatal dose of fentanyl."

The BC Coroner Service also told Keating that Corey had no alcohol nor any prescription drugs in his system. It was cocaine with a lethal dose of fentanyl.

Now, Keating wants to get the message out there - just how how deadly the drugs are right now - that any drug can be laced with fentanyl.

"But there are people that recreationally use certain drugs that can be mixed with fentanyl. That needs to stop. If people are still doing recreational drugs once a month or year, stop."

According to Keating, Corey was extremely health-conscious. She also said he criticized people who did any drug right now because it was so risky.

"He was in the middle of the opiate crisis and said, 'Mom anyone that does anything like that is stupid.' But the addiction pull...it doesn't matter," she said. "It's the addict that thinks it's not going to happen to them, it does." 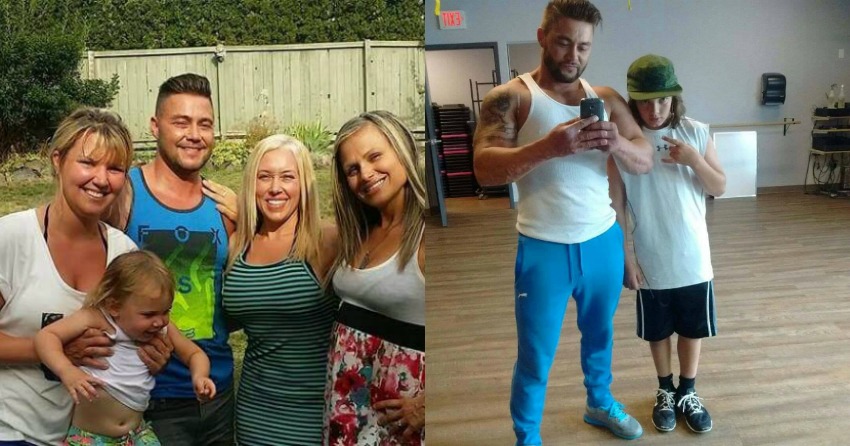 Keating saw Corey for the last time on May 13th and talked to him on the 17th.

"He told me his plan. He was going up to Alberta to get retrained for his job and get more money and just his plans with Yvonne and Jordan," said Keating.

Now that she's lost two sons to substance use, Keating is speaking out to try to get people's attention on the deadly issue of opioids.

"I don't want people to forget about these kids and people that have died," she said. "It's murder, the families are devastated, kids left as orphans."

After a few months, Keating is slowly getting back on her feet, but it's been an arduous struggle, she said.

"All of a sudden I realized it was the third week of July and I thought, 'This is ridiculous, I was supposed to do a lot of stuff and help people,'" she said. "I hadn't even cooked a meal and was just starting to think, 'Oh maybe I'm going to make some soup.'"

Talking to other people hasn't been easy either. She's around a lot of moms who want to share about their kids, but who are uncomfortable asking Keating about her kids.

"I get it. People don't know what to say to people like me who've lost my kids."

But Keating just wants to be acknowledged, she said.

"I still want to talk about my kid - my dreams and his dreams."

Recently, Keating connected with the Moms Stop The Harm group, which provides support for families who've lost a loved one to substance use. 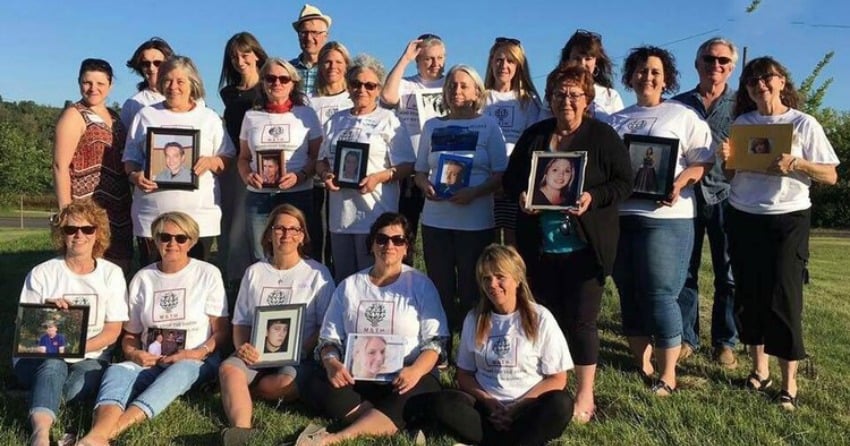 Thursday, August 31st marks International Overdose Awareness Day. In Kelowna, the Moms Stop the Harm group has events planned throughout the day, including a candle light vigil in honour of loved ones lost to the opioid crisis. The candle light vigil runs from 8 p.m. to 10 p.m. this Thursday, downtown Kelowna at the sails.

To learn more about the group in Kelowna, visit their webpage here.