UPDATE: RCMP looking to identify a man who may have information on Tuesday's shooting

(UPDATE: Aug. 5 @ 4:07 pm) - The Kelowna RCMP is asking for assistance in identifying an individual who may have information on a shooting Tuesday night.

On August 2, at 9:32 pm, police received a complaint of shots fired at the Shell gas station located at 1850 KLO Rd, Kelowna.

An unknown male connected to a brown 2005 Chevrolet Malibu BCLP SA503N have have information on what happened during the evening incident. 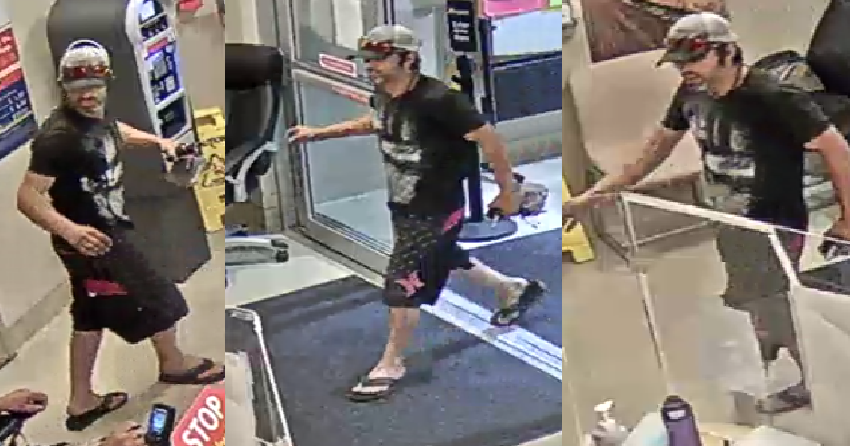 About an hour after the shooting, a report of a vehicle engulfed in flames was received near 775 Deans Rd, Kelowna.

This vehicle has been identified as the suspect vehicle and described as a two-door brown, gold or tan, 1990-1993 Honda Accord.

Kelowna RCMP is asking if anyone is able to identify the male in the photos or has any information to assist police with this investigation to contact the RCMP TIP line at (250) 470-6236 or leave an anonymous tip at The Central Okanagan Crime Stoppers.

(ORIGINAL STORY: Aug. 3 @ 11:35am) - A man has been seriously wounded in a targeted shooting in Kelowna.

The Lower Mainland resident arrived at Kelowna General Hospital at about 10 pm on Tuesday, police said.

He is not expected to survive, according to the RCMP.

Police said the man was transported to hospital “by an unidentified associate.”

Investigators have confirmed the shooting occurred in the 1800 block of KLO Road.

They said early indications are that the shooting “is connected to people who are well known to police.”

“Incidents of this nature are concerning to say the least, it is our belief that this was a targeted incident,” Insp. Beth McAndie said.