More than a sixth of all Central Okanagan children are living in poverty: report

More than a sixth of all children in the Central Okanagan are living in poverty, a new report has found.

The 2019 BC Child Poverty Report Card showed that 17% of all children in the region live in poverty, compared to 15% of residents of all ages.

An astonishing 48% of all children in single-parent families in the Central Okanagan are living in poverty, according to the data, which come from Statistics Canada. 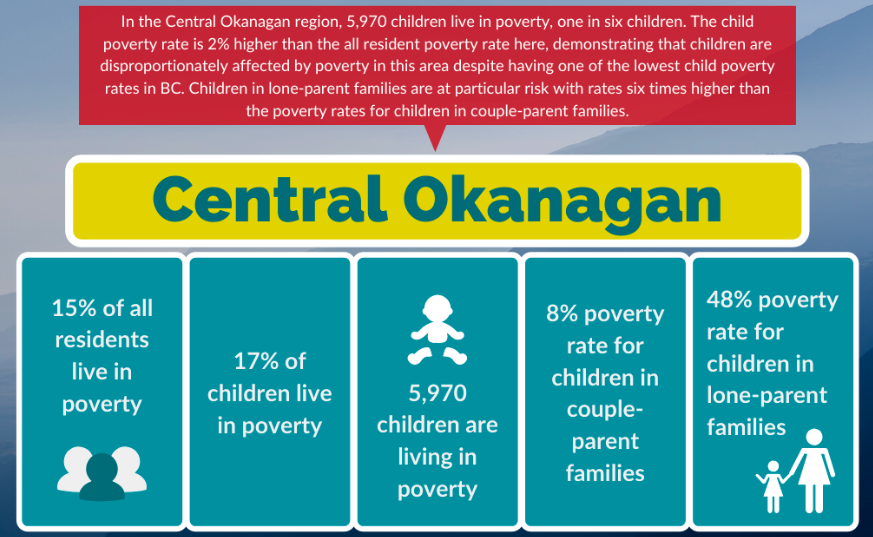 But only 8% of children in two-parent families are in poverty.

The total number of children in poverty in the region is 5,970.

The Central Okanagan’s poverty rates are, however, slightly below the British Columbia average. 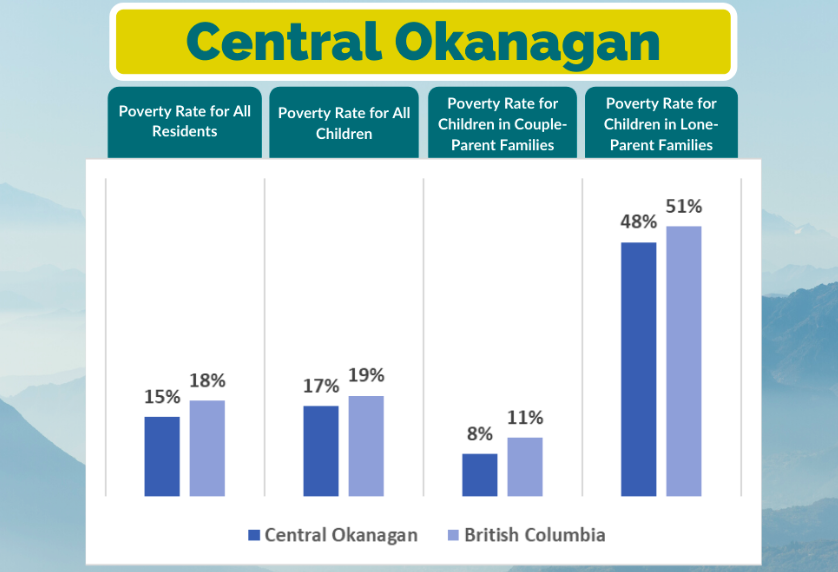 In the province as a whole, 18% of all residents live in poverty, including:

The report explained: “Eliminating child poverty is critical because we know the impacts of living in deep poverty are devastating for children and youth. They can even have a higher risk of becoming homeless and, potentially, being removed from their families and placed in government care.

“Poverty is the most important social determinant of health. Long-term studies show that even access to universal medical care cannot overcome the likelihood that growing up poor will lead to life-long, persistent health issues. And new research indicates that growing up in poor communities is a reliable predictor of limited socio-economic mobility as an adult. 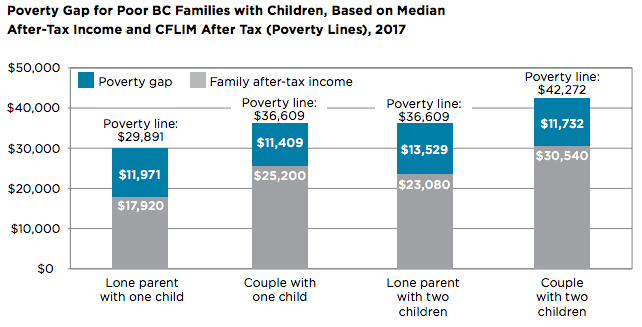 “All levels of government must ensure poverty reduction strategies are properly resourced, targeted at the most marginalized families and implemented in a timely way. Children can’t wait.”