A new immersive multimedia sound installation at the Kelowna Art Gallery is set to open this weekend.

Experiment in F# Minor, by artists Janet Cardiff and George Bures Miller, is an array of bare speakers of all shapes and sizes set upright on a large wooden table. 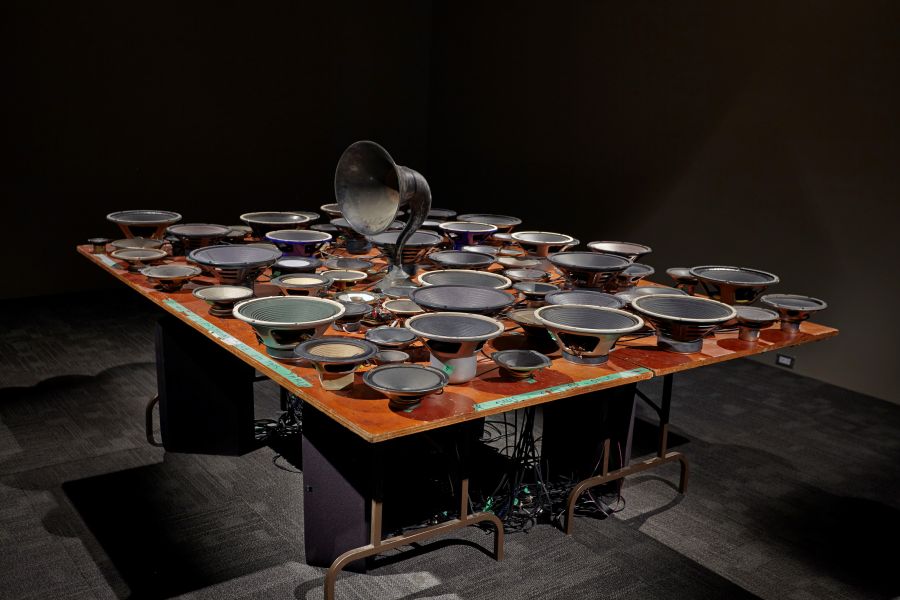 “Like a conductor at the head of an orchestra, visitors will create a sculptured music symphony with their movements and position in the space,” said the gallery.

“Light sensors are inlaid into the edge of the table and as viewers move around the room, their shadows will cause the various sound and instrumental tracks to fade up, overlap, mingle and fade down.”

Whether the sound of an organ, violin, electric guitar, horn, tonal vocal track, or a cacophony of many musical compositions is heard, will depend on where the audience walks and how many people are in the room. 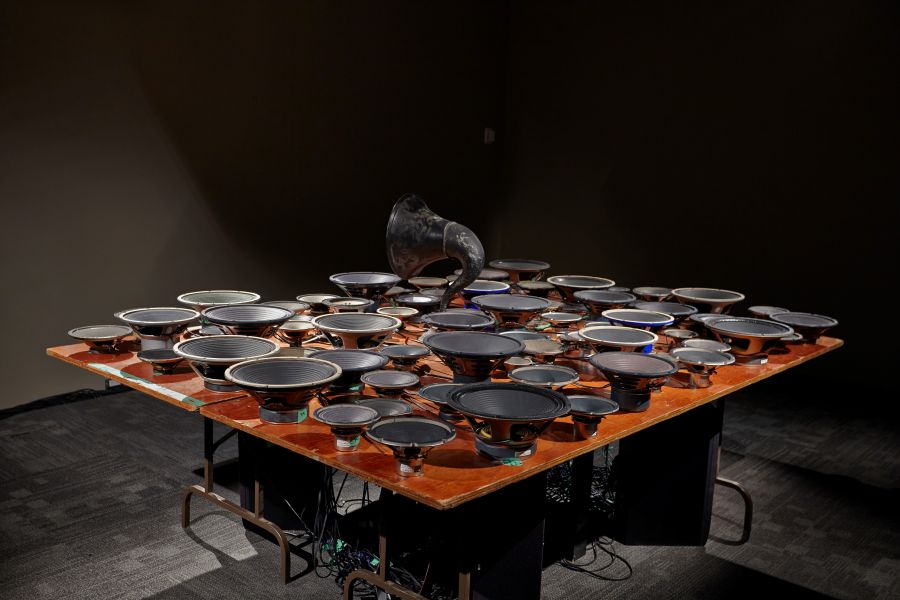 For over three decades, Cardiff and Bures Miller have crafted multimedia environments that offer multi-sensory experiences.

Their works incorporate sound, technologies, and objects that may be considered obsolete. They divide their time between British Columbia and Germany.

Experiment in F# Minor runs from Jan. 18, 2020 until March 15, 2020, at the Kelowna Art Gallery in conjunction with the University of British Columbia Okanagan Campus’ Living Things Festival.

The Kelowna Art Gallery is located at 1315 Water Street in downtown Kelowna.

Sudden death of Kelowna man over the weekend being investigated