New plans have been submitted for a uniquely shaped building in Kelowna’s downtown area.

“The Wedge” was approved by Kelowna City Council in June 2020 following a 6-3 vote. However, two years later, no construction has taken place.

Located on a triangle lot on the corner of Leon Avenue and Water Street, the proposed commercial building was originally going to be six-storeys.

However, a new development proposal was submitted for a two-storey commercial building. 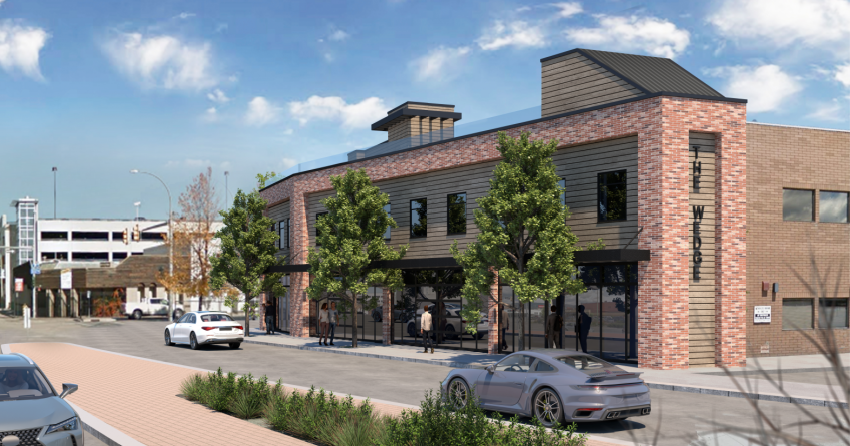 According to the city’s website, a development permit variance application was also submitted to reduce the commercial space along Water Street from 90% to 84% and reduce the number of parking stalls from two spaces to zero.

Back in 2020, the developer offered Kelowna City Council cash-in-lieu for the lack of parking spots which totalled $99,000. This is usually done with developments that request parking variances.

As a result of the lack of parking spaces, the developers are proposing more stalls for bikes than what is required.

This application has been circulated around city hall, however, city staff may require additional information before the proposal is forwarded to city council for consideration.