You would be forgiven for spending the day inside.

With temperatures reaching -5, and a blustery wind chill up to -10, curling up on the couch with a blanket (and Netflix) would seem like a good idea.

However, Kelowna’s annual Winter Market took place Saturday and hundreds of people flocked to Stuart Park to take in the festivities. 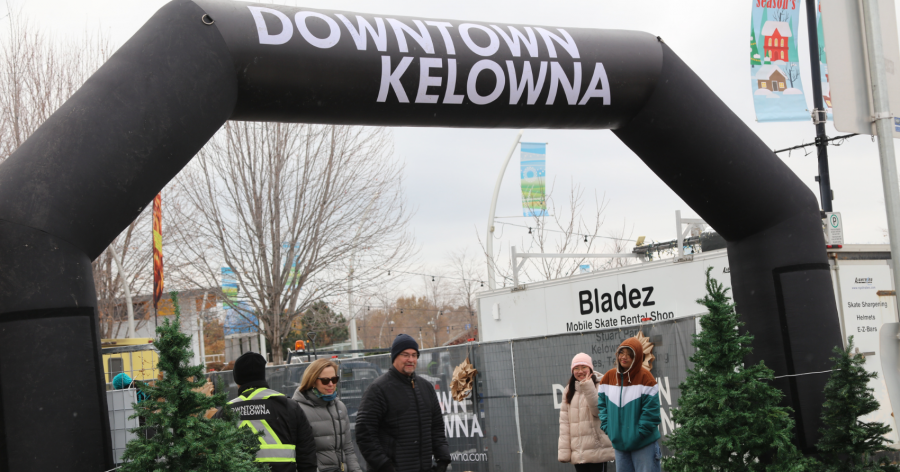 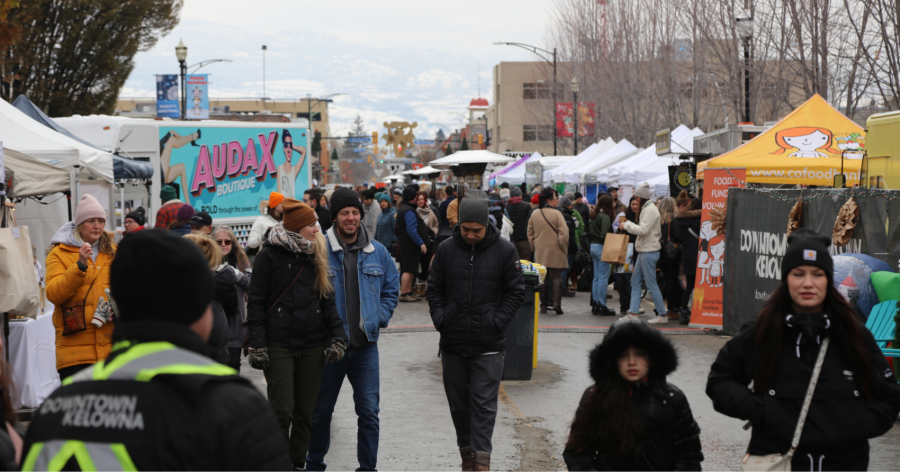 While the highlight, for the little ones, was an opportunity to take a picture with Santa. It was the market that drew the older crowd in, with a plethora of vendors that dotted Ellis St. 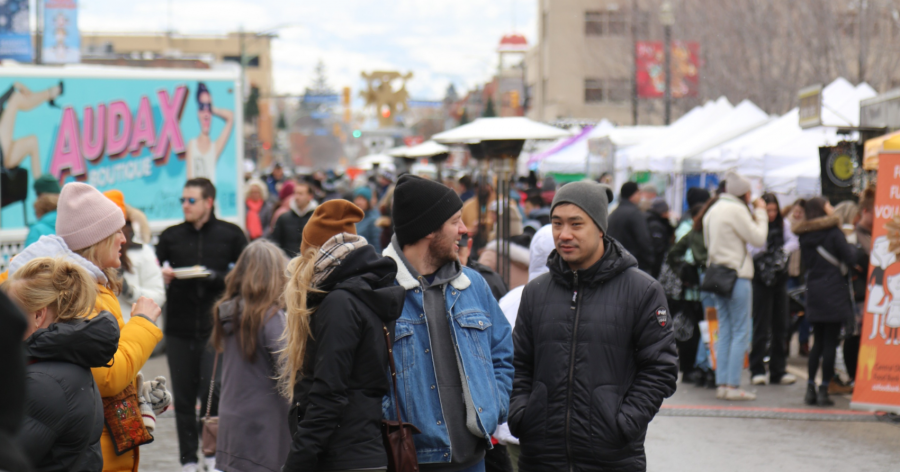 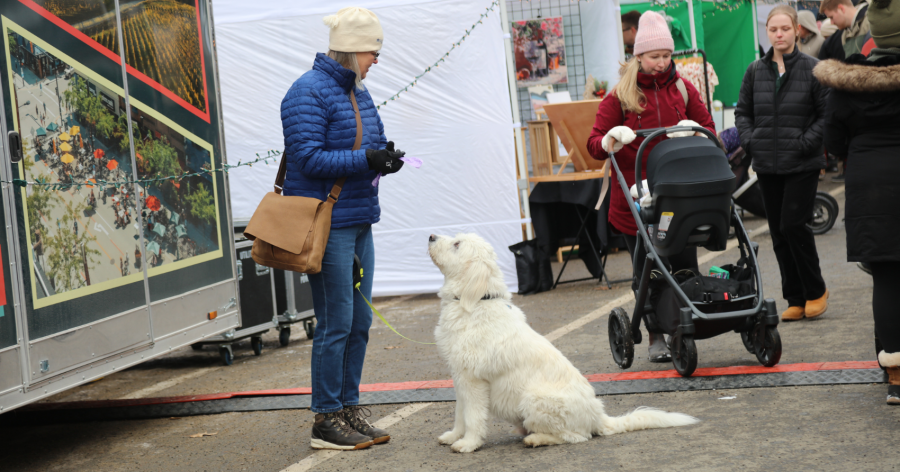 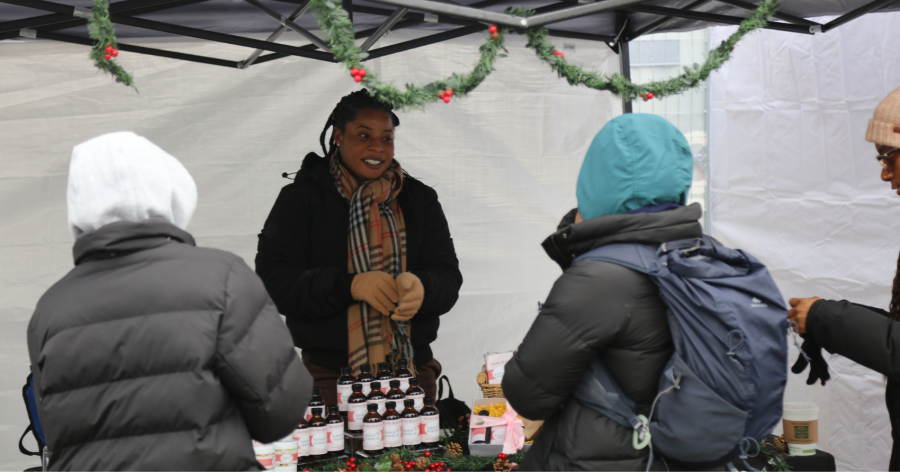 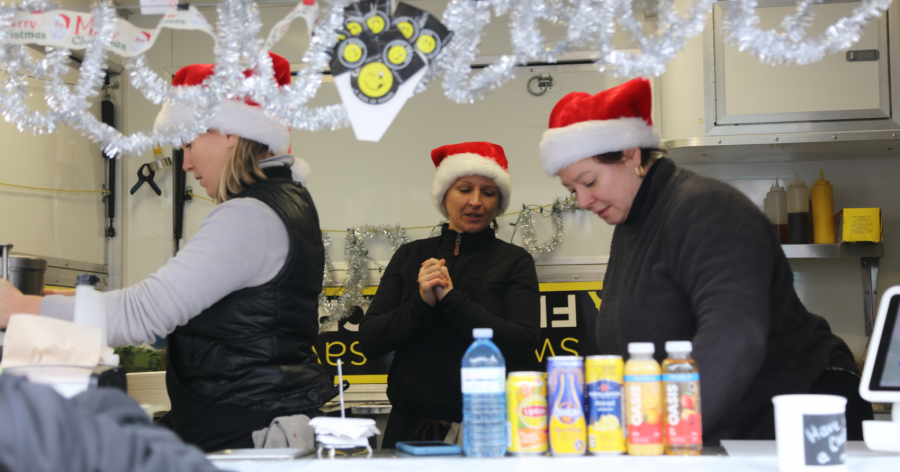 Santa was busy throughout the morning, taking photos with children, but there was also an opportunity to write some letters to the big man, which makes sense considering he was in town for the day. Stuart Park’s skating rink was filled for the first time, having just opened up for the season on Wednesday, Dec. 1. 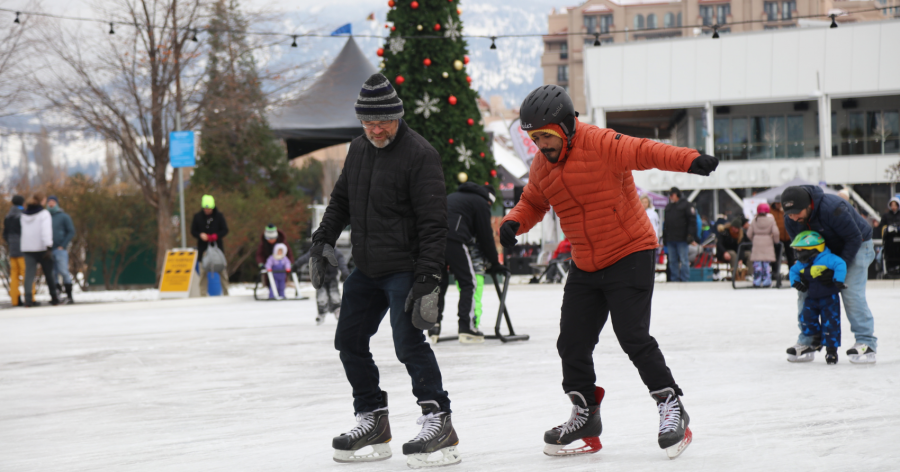 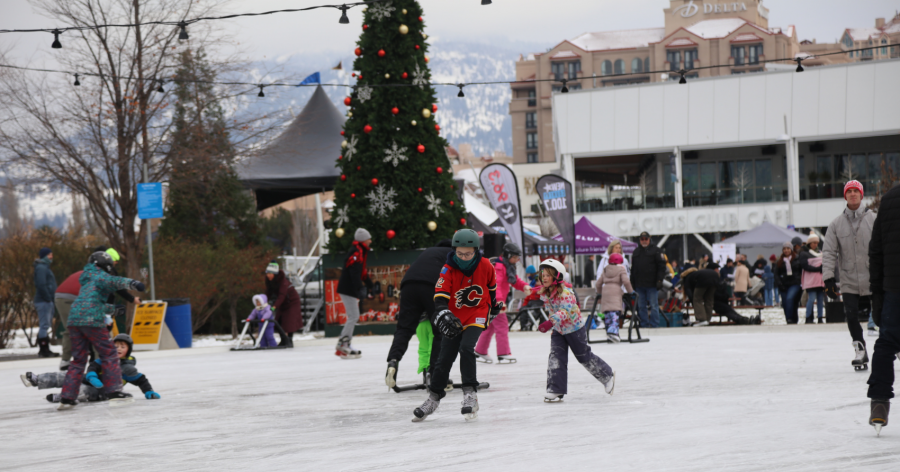 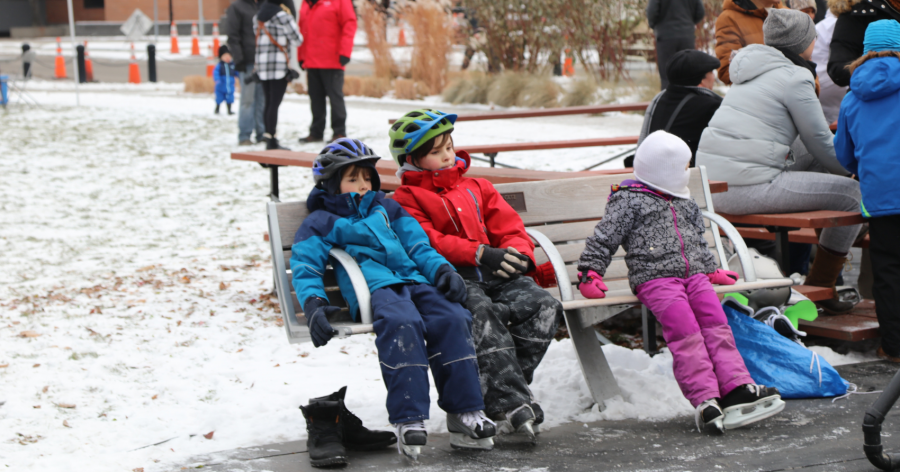 While sunny skies weren’t quite available on the day, people bundled up and enjoyed spending some time outside by warming up at heaters and beside the fire. Plenty of furry friends were out and about, not seeming to mind the weather. 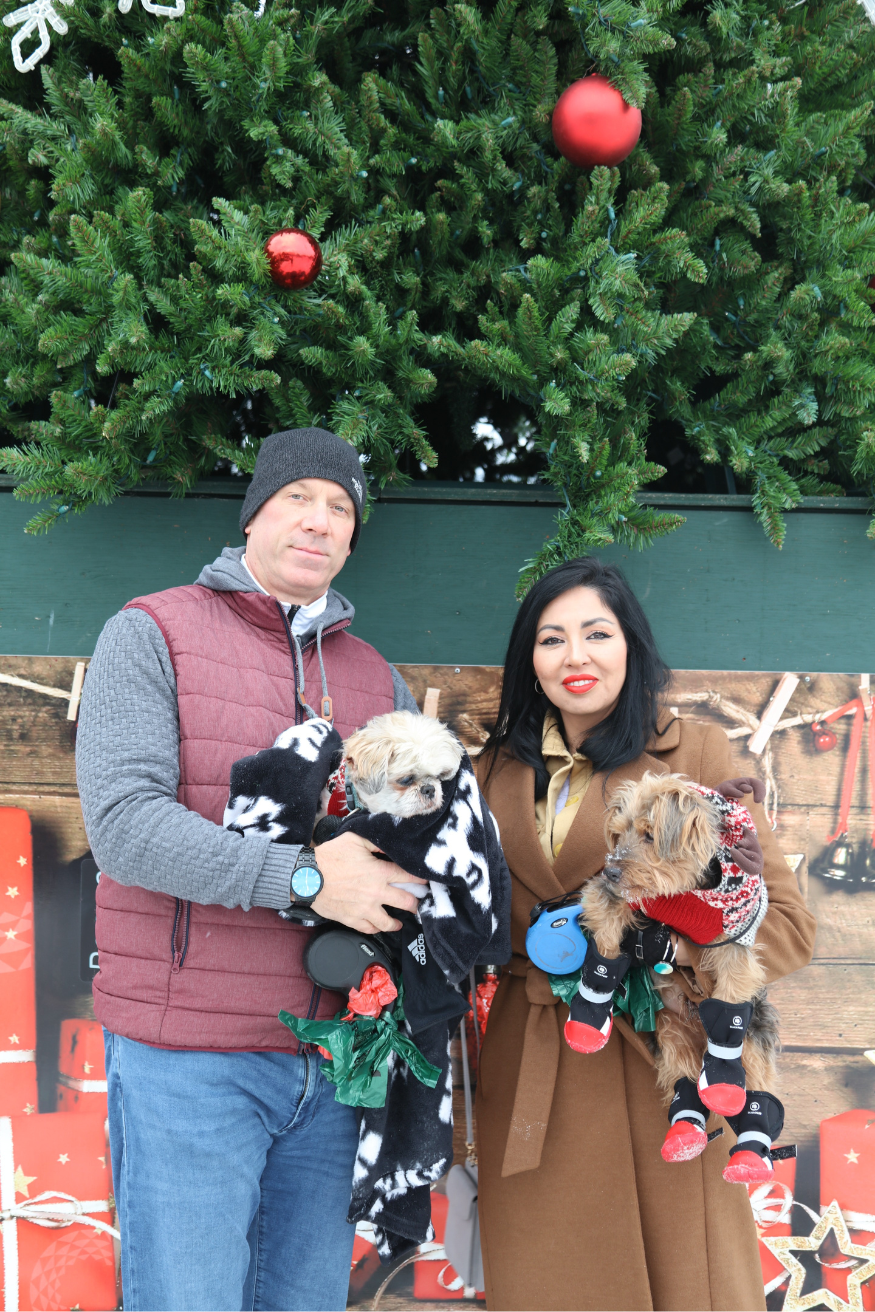 The Central Okanagan Food Bank was selling hot chocolate, with donations going towards providing food for the less fortunate. 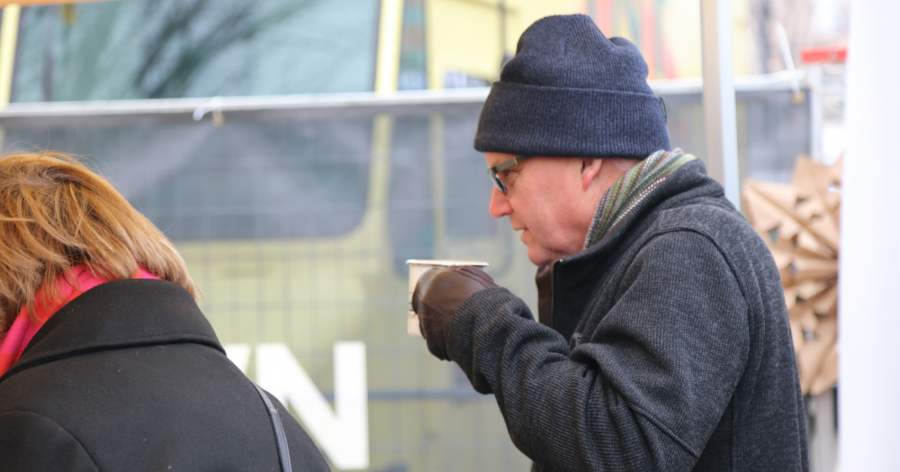 The stage was set for later on the day for live performers, but early in the morning, it was holiday music that was blaring.

It felt, for the first time this year, that Christmas was right around the corner. And with that, brought smiles aplenty. 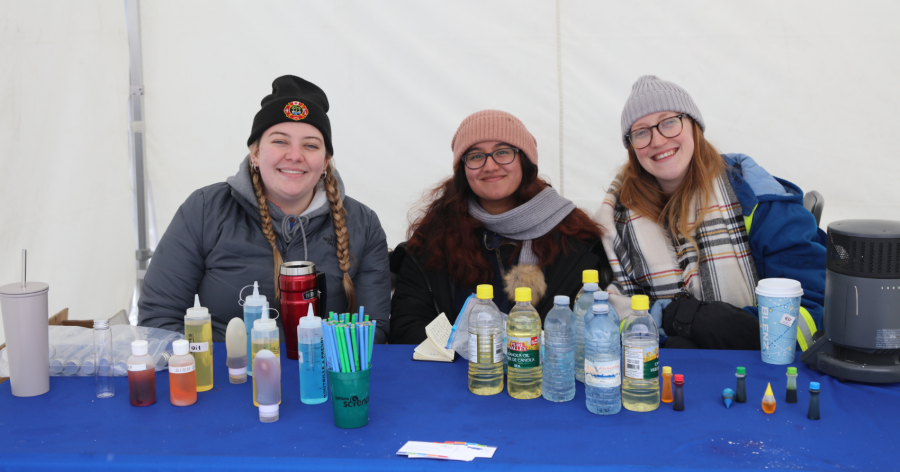 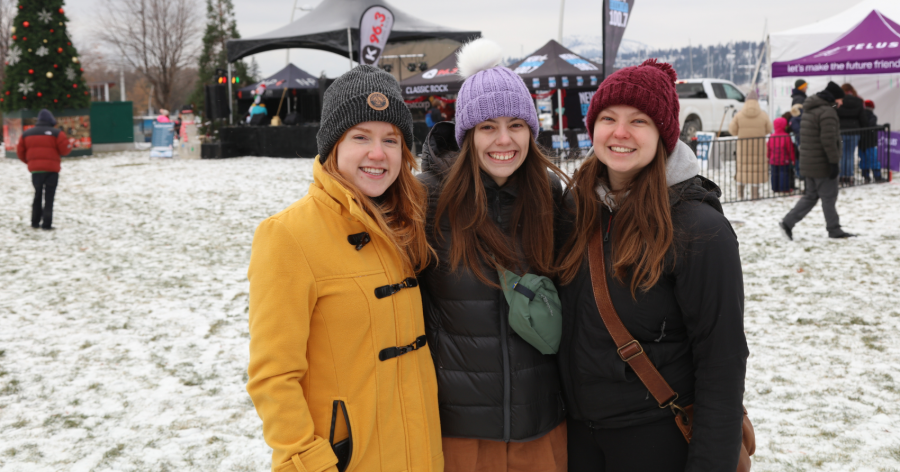 There is still time to catch the entertainment downtown, with the big Christmas tree light up happening at 4:45 pm! Click here for more information.