Danny Somerville, the peace-sign, hang-loose, thumbs-up garbage man, has a lot of followers.

Not followers on Instagram or Facebook, but followers on the ground, on the street on every route he drives his massive bright-yellow Environmental 360 Solutions truck picking up garbage, recycling and yard waste.

Somerville sets himself apart with constant smiles and waves and a series of thumbs up, hang loose and bowing gestures for everyone while he works.

Kids in particular love him and look forward to his weekly appearances.

"When you do the same routes for 11 years you greet the same people at the same time every week," said Somerville.

Recently, Somerville was promoted from residential routes to commercial routes. 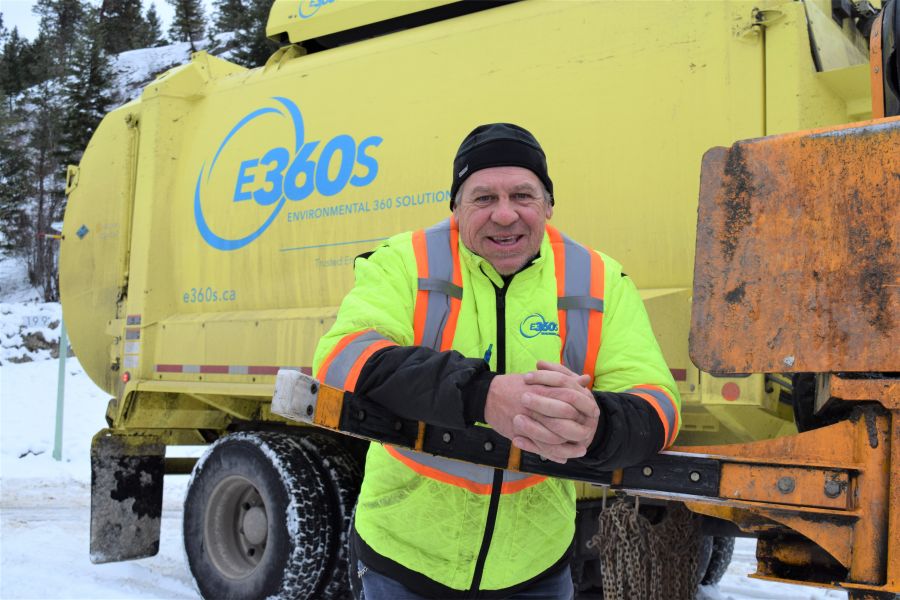 It spurred many comments on the Rose Valley residents Facebook page.

Mike Rocheleau wrote: "My son had a whole routine with him of peace signs and blows and hand looses. LOL, it was so fun to watch."

"He always waved or gave the peace sign to my garbage-truck-loving son," said Pamela Mitchell.

"It was a weekly highlight on the walk to preschool."

Gina Clancy wrote: 'Oh no! He's been waving to our seven-year-old since he was six months old."

Naomi Erhardt chimed in: "My two-year-old and one-year-old waved every Monday morning at Danny. We will miss him."

Cayley Knull posted: "Happy to hear of his promotion, very much deserved. Will will miss seeing him and chatting with him. He's such a wonderful and kind man."

KelownaNow meteorologist Wesla English lives in Rose Valley and alerted us to Danny's Somerville's promotion and to how he's missed.

"He was just always so friendly. My son wants to tell him he misses him, haha."

While Somerville is enjoying the work of his promotion, he misses the people, especially the kids, he encountered along his residential routes for 11 years.

"Constantly, five days a week, I had kids running out to wave and say hi," he said.

"How can that not be the highlight of your day, over and over again. I even had a set of twins on one of my routes that I met when they were five. They are now 13 and I give them birthday presents and they give me birthday presents."

Back in January, KelownaNow also featured Somerville as part of its series saluting frontline workers who have stepped up during COVID.