Pets OK BC: Why some landlords are hesitant to rent to pet owners

Landlords are divided on the issue of pet-friendly housing in B.C. While some have no problem with it, others see it as their right to deny a tenant based on whether or not they have a pet.

There are many reasons why some landlords feel uneasy renting to tenants with pets, one of which is the amount of money they may have to pay in damages. 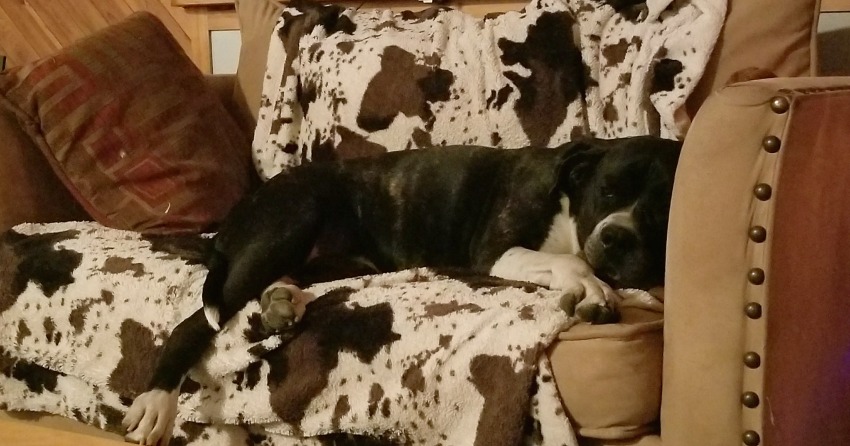 One landlord from Kelowna, Wendy, says she would never rent to another pet-owner again after the damage that was done to her property by a previous tenant’s pets.

Wendy says that the damage was so significant that she had to spend hundreds of dollars on cleaning up the mess. On top of that, she says the tenants deceived her by keeping the second dog they owned, as well as two extra people residing in the home, a secret from her.

“I love animals, but after what those renters did I’m going to have to rip out the rugs,” she says. “I already spent close to $1,000 just to try to get it livable enough.” 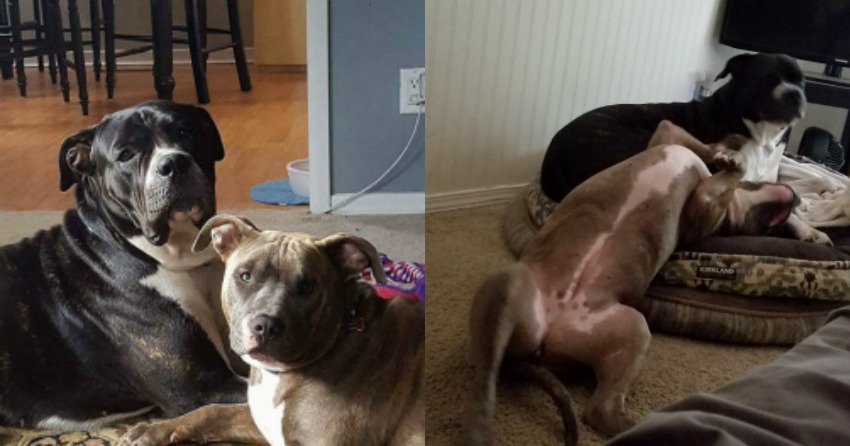 Wendy says that now she is completely turned off by tenants who have pets, even if they tell her they are house-trained.

“I am gun shy because that’s my investment and my retirement home and I don’t want to damage beyond what I can afford to fix,” she explains. “Most renters, they don't treat your house like owners do.”

Eliot Galan, founder and organizer of Pets OK BC, an advocacy group that is trying to change rental policies in B.C. to address the shortage of affordable pet-friendly housing, says that this is a common argument.

“A lot of them come at it with this kind of ‘my house my rules’ mentality,” says Galan. “And that is quickly written off, because it may be the landlord's property, but they are running a business and it does have to abide by a certain code of ethics.” 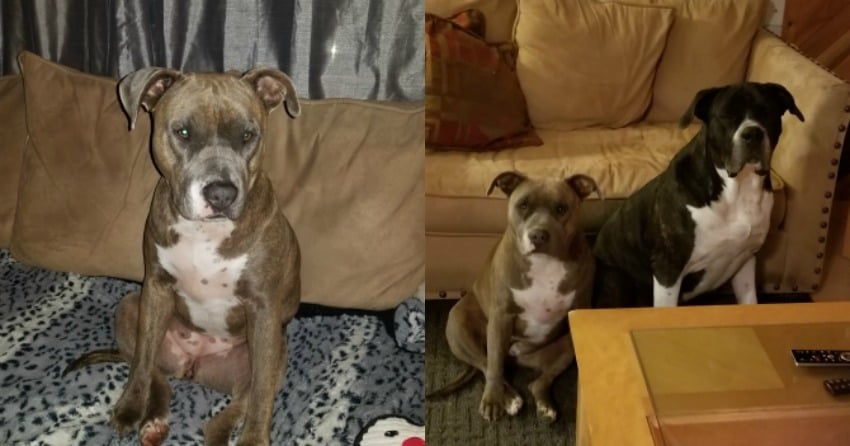 “I respect that [landlords] want to protect [their] property, but singling out pets as a cause for concern is alarmist behaviour,” he adds. “It’s really simple. Allowing pets and protecting property go hand in hand.”

A Kelowna resident, Linda Bothwell, says that she’s been hard-pressed to find a new place to live because of her dogs, Stella and Darby, and the damage that landlords assume that they will cause.

Like many tenants who struggle to find affordable pet-friendly housing in an already tight market, she says she’s considering moving out of province. 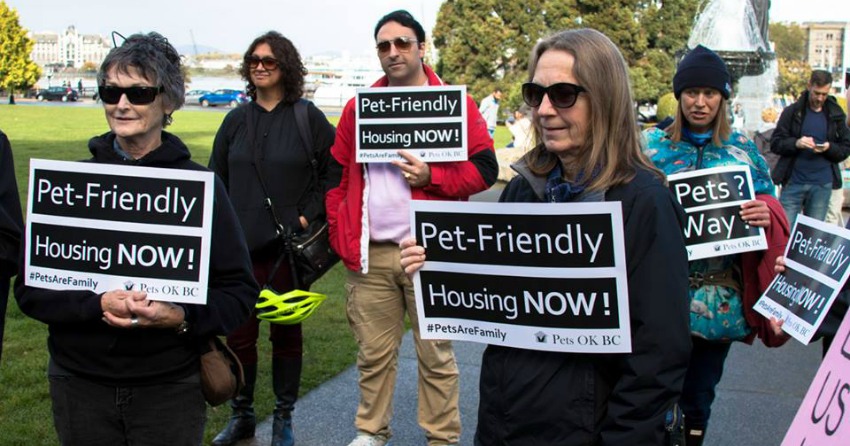 “There’s zero damage done to my suite,” she says. “My dogs have never chewed or gotten into anything...It's just basically like telling someone you don’t like them before you’ve even met them. It's not the breed it’s the owners.”

Bothwell says that although some pets are capable of doing damage to a suite, it’s not all pets, and it’s the tenant that matters. She has been turned down by many properties based on the size and breed of her dogs, though she says they are extremely well-behaved and even docile.

Galan suggests that there are already methods in place that protect landlords, which can be used rather than “relying on discriminatory practices.” 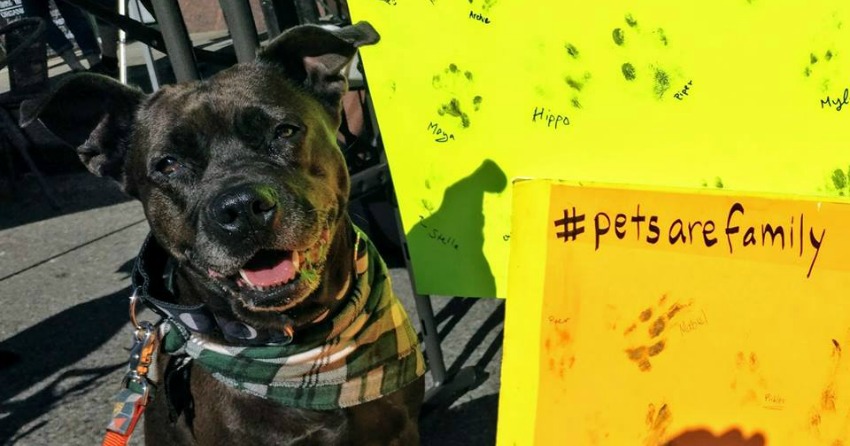 He points to the better vetting of tenants, regular inspections, and protecting your investment with insurance as an alternative to a strict pet ban. Galan adds that banning pets is not actually going to alleviate risk of potential damages.

“And I say that in all sincerity having spoken to countless landlords who say tenants with pets have been some of their best tenants, and they’ve had extreme damages from many tenants without pets,” he explains.

“So, just to lump everyone with pets into this one category who is then written off and unable to find housing just because they have a companion animal in their lives is just completely unacceptable in this day and age, especially amidst the current housing climate.” 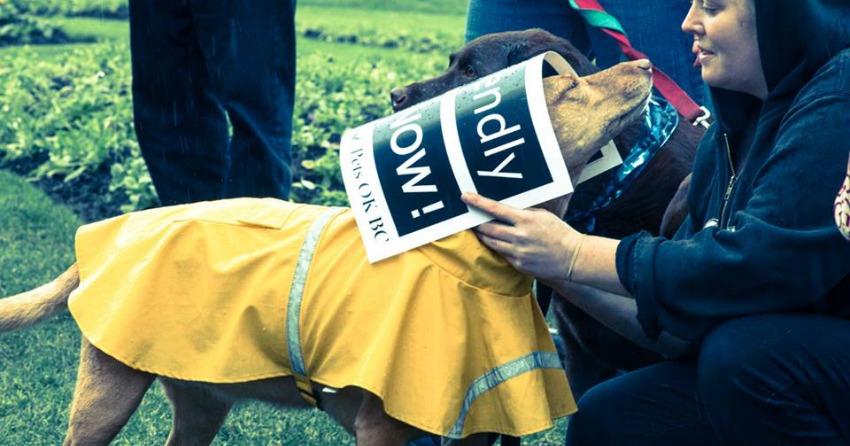 Are you a landlord or tenant in B.C.? If you have a pet rental story to share, email News@KelownaNow.com.