(Update: Aug. 17 @ 11:22 a.m.): Power has now been fully restored after an outage affecting thousands of residents this morning in Kelowna.

(Update: Aug. 17 @9:36 a.m.): Power has been restored to some residents in Kelowna after an outage affecting more than 2,800 people this morning.

According to the outage listing, 1,140 residents have had their power restored so far.

More than 2,800 residents are without power this morning in Kelowna, according to Fortis BC’s outage map.

A cause for the outage has not yet been confirmed, and the power has been out since 7:42 a.m. 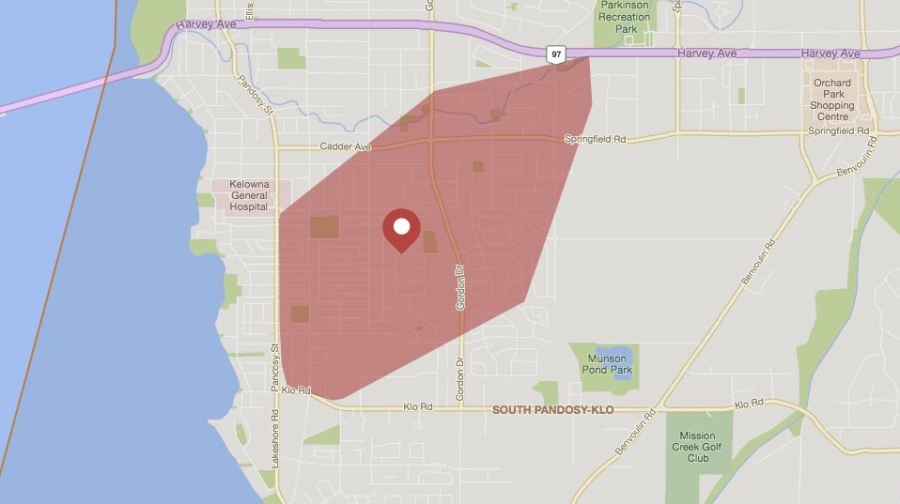 The estimated time of restoration is currently listed as 10:53 a.m.