Council explained that the 50-year-old facility is in poor condition and undersized for Kelowna’s growing population.

A new PRC, which was identified in the 10-year capital plan, remains an important priority for council and presents a unique opportunity for the future of Kelowna and its residents.

Councillor Singh explained that the project is an opportunity for the community of Kelowna to work together to create something innovative that will be around for generations to come.

The new space will include a competition gym, two recreation gyms, fitness centre, an eight-lane, 35-metre pool and community rooms.

The next steps will include the creation and implementation of design plans and public engagement.

Be sure to check out the council page on Kelowna’s website to find out when the next public hearing or council meetings will take place.

(Original Story: Jan. 15 @ 9:56 am) – Kelowna city council will be presented with a report on Monday that outlines the redevelopment of Parkinson Recreation Centre (PRC).

“Never before has the need to access the benefits of recreation been more pronounced than now - in the grips of the global COVID19 pandemic,” city staff explain.

“By creating a positive atmosphere, these local facilities become essential to personal health and wellness, thereby reducing reliance on healthcare and other costly social services.”

The report indicates that the proposed development would be 136,600 square feet and would include three gyms, a fitness center, an eight-lane pool, a leisure pool, community rooms and larger administration spaces.

Originally built in 1972, the PRC has undergone numerous upgrades and renovations and is now approaching the end of its service life. 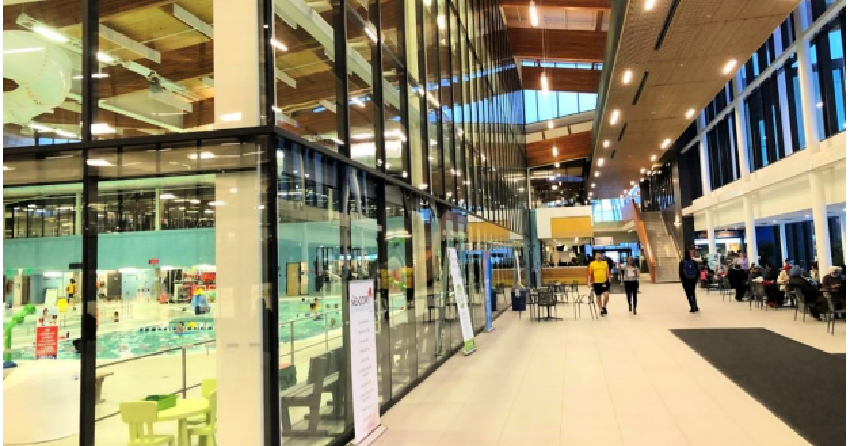 City staff explain that the building would require a multi-million dollar investment and the development of an entirely new recreation facility would be a better investment in Kelowna’s future.

Kelowna’s 10-year capital plan estimated that the replacement of Parkinson Recreation Centre would cost over $100 million – however, the schematic design process will unveil an actual cost.

According to the report, the annual operating costs for the proposed facility would be similar to the current budget and would be supported by new revenue opportunities in the larger space.

Funding for the revitalization project is expected to come from reserve funding, taxation and long-term borrowing which will require approval from residents.

If city council approves the guiding principles report, the next step would be to select the consultation team and create the schematic designs over the spring and summer.

The schematic design process will include more engagement with partners, stakeholders and the public which is anticipated to begin in early 2023.