Two much loved hockey players with ties to Kelowna are helping to raise money for local charities this Christmas season.

Shea Weber and Carey Price, who play for the Montreal Canadiens, have signed a portrait that will be sold as prints. The proceeds will then go to Kelowna's Mamas for Mamas and the BC Children’s Hospital. 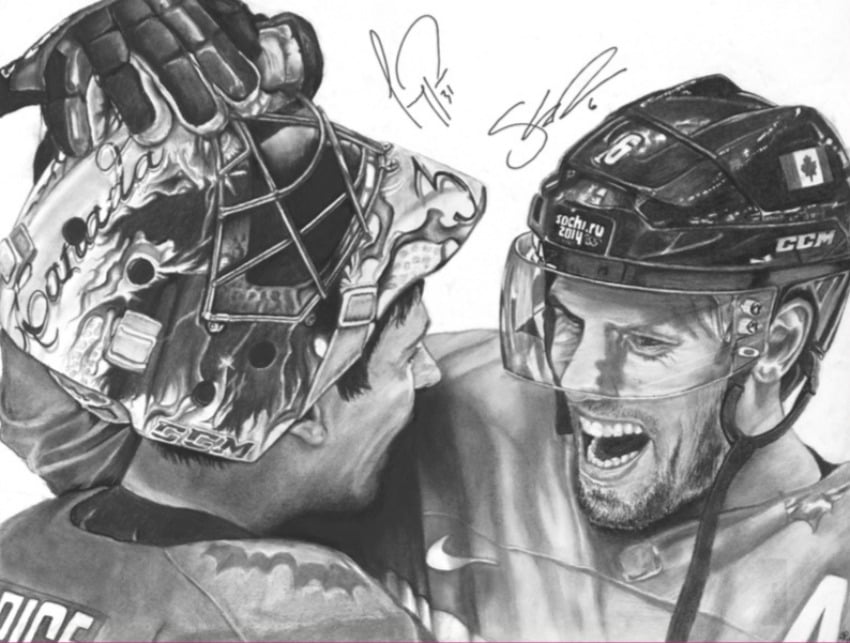 John Perlinger says that he is an art school drop out, and had the idea to create a charcoal drawing and capture it on video. He then sent it to Montreal, where Price and Weber graciously signed it and sent it back.

The autographs on the drawing was arranged between Shea Weber, Perlinger's sister, and his brother-in-law.

"Shea and my brother-in-law, Chad played hockey together as kids. Shea didn’t promise Carey would add his signature but he said he liked the concept of Charitables and if we were raising money for charity he would sign it and be willing to ask Carey on our behalf."

"I was hopeful they would like the artwork and I knew from the news that they both actively help their communities in so many different ways. A couple weeks ago my sister sent me the picture of them both holding the drawing with signatures and I was beside myself. They couriered it back overnight and I was able to get prints on the way in a hurry," he added.

You can even see a photo of the two holding the signed drawing and Weber wearing an Okanagan Lifestyle hat. 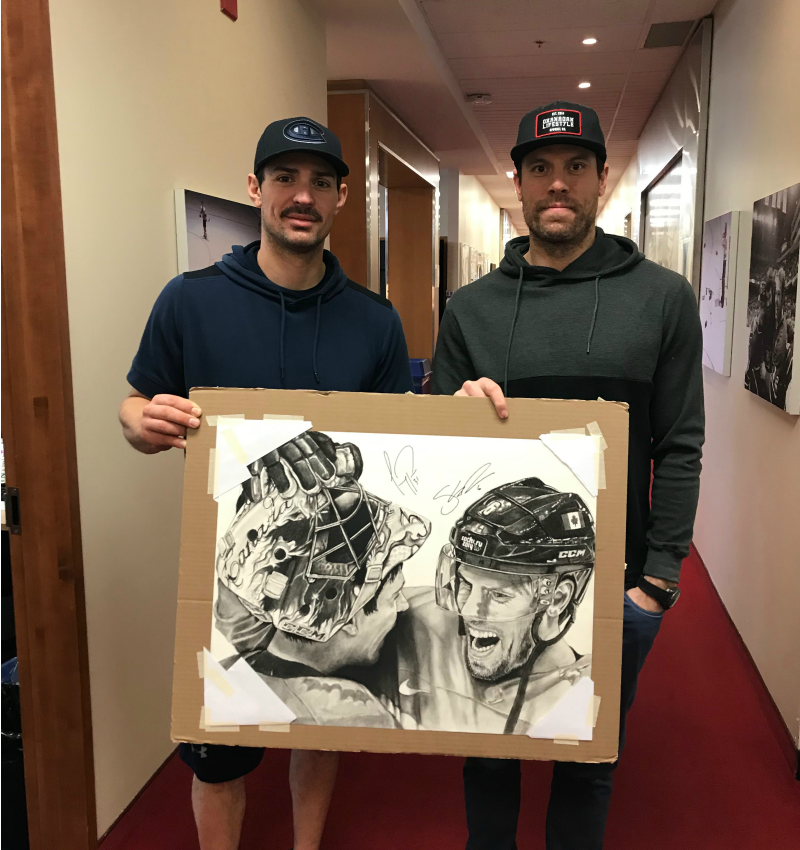 The prints are now available at BMO locations in Kelowna for $50.

The project came from the fundraising organization Charitables, founded by John Perlinger this fall.

Perlinger says Charitiables is a marketplace website where users can buy and sell their things while choosing a charity to receive the proceeds of the sale.

The buyers money goes electronically to the charity of the sellers choice and the seller receives a tax receipt in the amount of the sale.

“I knew leading up to Christmas that most Charities have their hands full with their campaigns and would have little to no time to engage in trying a new fundraising idea,” he explained.

Below is a time-lapse video of the drawing from start to finish.

As for why Perlinger and BMO choose Mamas for Mamas and BC Children's Hospital, Perlinger says that it was his own past experiences that made him want to help them out.

"I came from a family of five kids, for much of my childhood we were raised by our single mother. She often had to work two or three jobs to make sure we had everything we needed," he explained. "I often felt scarcity as a child, but around Christmas my mom was a rockstar and I always felt like we had everything any other kids did. At the time, Santa got the credit.

"I remember feeling happy he must have thought we were 'good' kids. I still have no idea how she did it. This has given me a ton of empathy for mothers who are supporting their families with limited resources. Mamas for Mamas works tirelessly to help mothers in situations like this."

As for the BC Children's Hospital, he says that they also work tirelessly to help families with sick kids.

"I have a friend who lost his daughter, Lilee, to cancer. He speaks passionately about his appreciation for The B.C. Children’s Hospital and what they did during his time of need," he says. "I didn’t know Andrew then and never got to meet Lilee, but yesterday was what would have been her ninth birthday. Hearing his story, always strikes a chord with me and puts into perspective the trivial nonsense that my wife and I get upset about. Because of his and so many other stories, it feels good to be supporting the work they do."

"My wife and I now have four children of our own. We feel so grateful they are all healthy," he adds. "Navigating our way through parenthood is tough. But I know there are parents going through unimaginable situations with children who are very sick."