The University of British Columbia has released a statement on the alleged assault of one of their students on the Okanagan campus.

This week, video was released of the incident, which shows a Kelowna RCMP officer dragging Mona Wang, a nursing student, down a hallway of an apartment building. 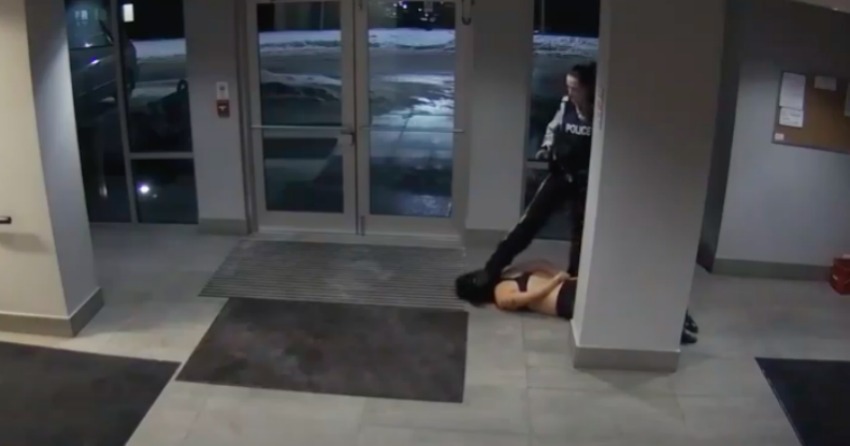 The officer was also captured stepping on the girl’s head and pulling her up by her hair.

Wang’s boyfriend had called emergency services to request a health check due to concern over her mental well-being.

“We were shocked and saddened to see the way a UBC Okanagan student was treated by an RCMP officer during a wellness check,” said UBCO Student’s Union President Ali Poostizadeh.

“The systemic problems we see in law enforcement around the world are present in Canadian communities. We condemn the lack of oversight and use of force by RCMP officers in our community and across Canada,” Ali added. “We have the responsibility to speak up when we see injustice and inequality in the systems which are meant to protect us.”

The student union is calling for several things to happen in the wake of this incident.

Firstly, they are asking for a review of UBC protocol for situations where students require immediate mental health support, as well as an external review of RCMP wellness check protocol.

The student’s union is also asking for increased funding for mental health resources, and other community support.

In addition, their list of asks includes “meaningful consequences” for RCMP officers who have abused their positions of power and greater accountability from all levels of government on issues of police brutality and excessive use of force.

“We will continue to stand up for the safety and well-being of our student members,” Ali said. “We believe in holding the government accountable for providing safe and equitable emergency services.”

Students seeking mental health support can contact UBCO Health & Wellness. There is also the Kelowna Crisis Line at 1-888-353-2273, Third Space and Here 2 Talk for anyone who is needing resources and support.