A 3D chalk illusion created by a prominent street artist will be on display in Kelowna this month.

In honour of National Engineering and Geoscience Month, Engineers and Geoscientists BC will celebrate its 100th anniversary by debuting unique 3-D chalk art in locations across the province. 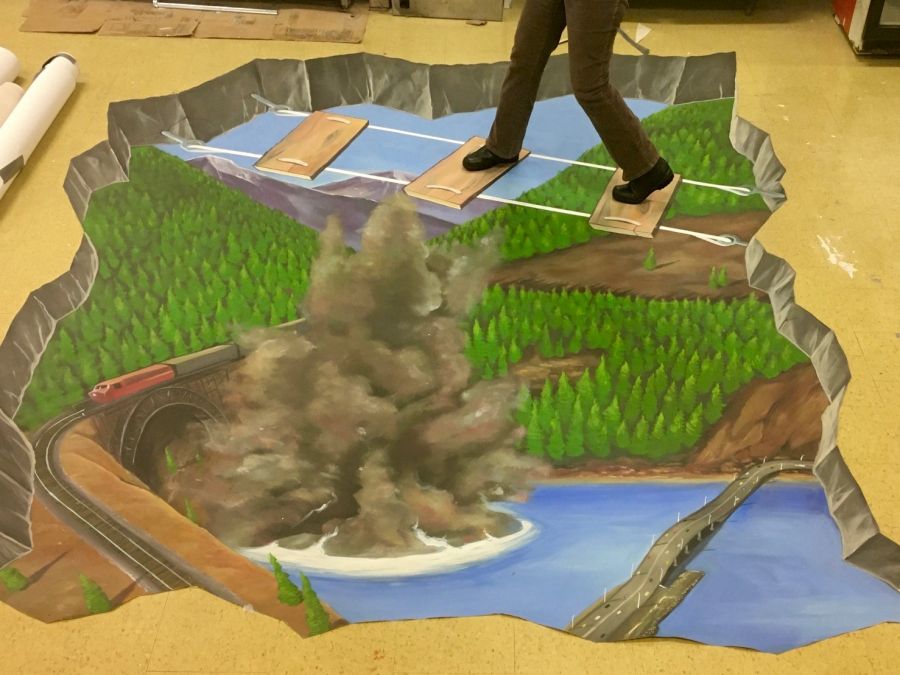 It also showcases two other major engineering and geoscience feats that had a lasting impact on the province of BC – the construction of the Canadian Pacific Railway, and the demise of Ripple Rock.

It will be in Kelowna from March 7 to April 7. It will also be shown in Vancouver, Prince George and Victoria.

The piece is on display in recognition of National Engineering and Geoscience Month – a celebration of engineering and geoscience held every year in March.