UBCO’s Dr. Jeannette Armstrong has been elected to the Royal Society of Canada, which recognizes and promotes Canadian research while recognizing those who have made remarkable contributions in their fields.

Dr. Armstrong spent many years working as an associate professor while writing, researching and remaining active in her community.

She has spent much of her research putting a Syilx Okanagan lens on the trauma of colonization on local Indigenous populations.

“My research began organically—after university, I began working in my community alongside members who were not academics, but had so much knowledge in regards to what parts of our history were erased and what happened during those early years of colonization,” said Armstorng in a UBCO release. 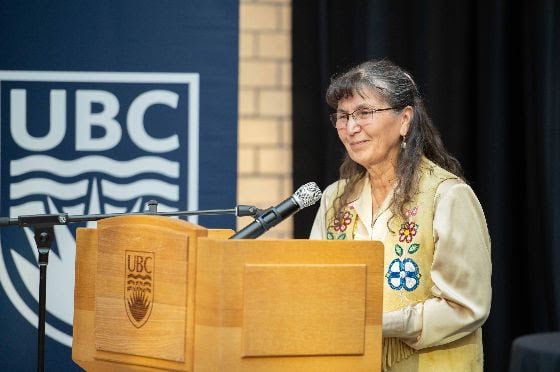 After realizing she could make more change through academia, Dr. Armstrong returned to university and earned her masters and doctorate and began teaching Indigenous Studies.

“I really wanted to try and identify what the legacy of this trauma was from an Okanagan perspective, and figure out what our people lost,” she added.

She explains that another motivation for her research was to motivate and attract Syilx and BC interior Salish graduate students to research their own histories, cultures and languages.

“I look forward to contributing to a dialogue about how this can be accomplished with my new colleagues at the Royal Society of Canada. Reconciliation cannot be achieved without the public knowing and acknowledging the truth—no matter how uncomfortable it may be.”