A Kelowna novelist and academic is warning residents of the city to be on their guard next time they go to Knox Mountain.

Mix Hart said she was stalked by a “pack” of three coyotes while jogging there at about 6 am on July 27.

She was completely alone but for her Boston Terrier, Pablo.

Her guard was first raised when she spotted fresh scat on the trail.

Then: “Suddenly, on my right, in my peripheral vision, I saw a coyote running behind us, and then instantly, another coyote on our left. They were following us, trotting right behind, closing in.

“I yelled a fierce, deep, warning-growl, ‘Hey–Hey! Get the f**k away from me!’ as I continued to run and pulled out my coyote spray and flipped it to on position. 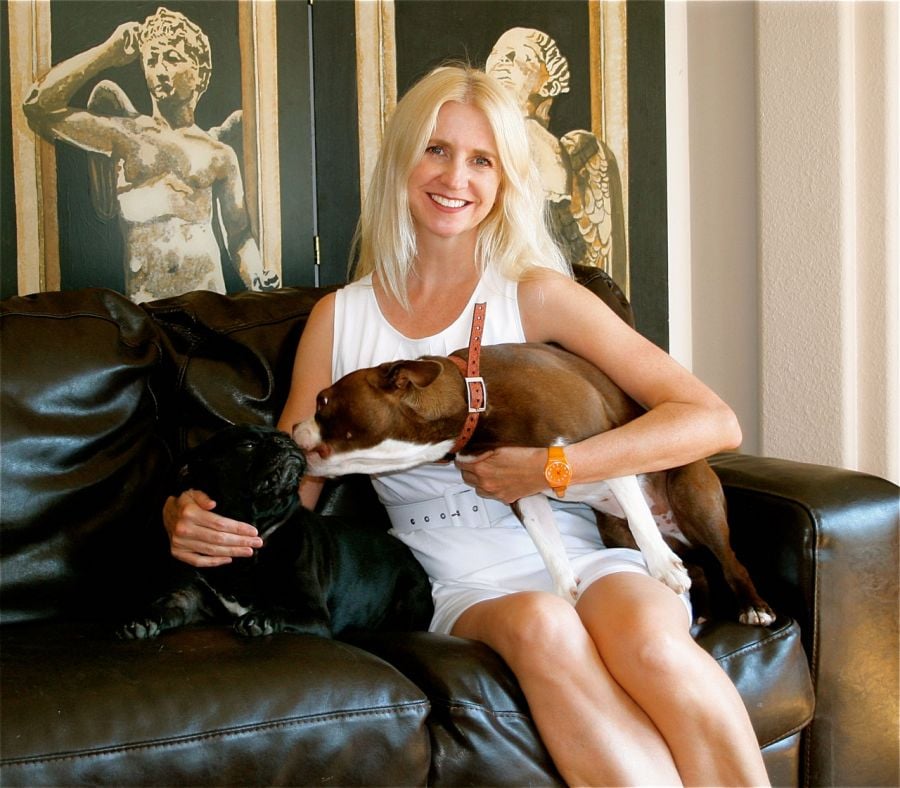 “The deep growling holler from me slowed them momentarily, and I ran like an Olympic sprinter towards the road while I kept shouting at them. The shouting gave them pause but then they continued to run after us.”

Then, Hart said, a third coyote “ambushed” her from the front, running towards her location.

“I was terrified, realizing they could easily attack us out on the more open trail,” she explained in a blog post.

“I ran and shouted, knowing it would be nearly impossible to fight off all three, even with my spray.”

She continued to yell “aggressively” and hoped that someone might hear her voice.

Then her husband, Peter, emerged and helped Hart scare off the coyotes.

“I collapsed on the trail beside Peter, and found my water bottle and took a drink,” she explained. 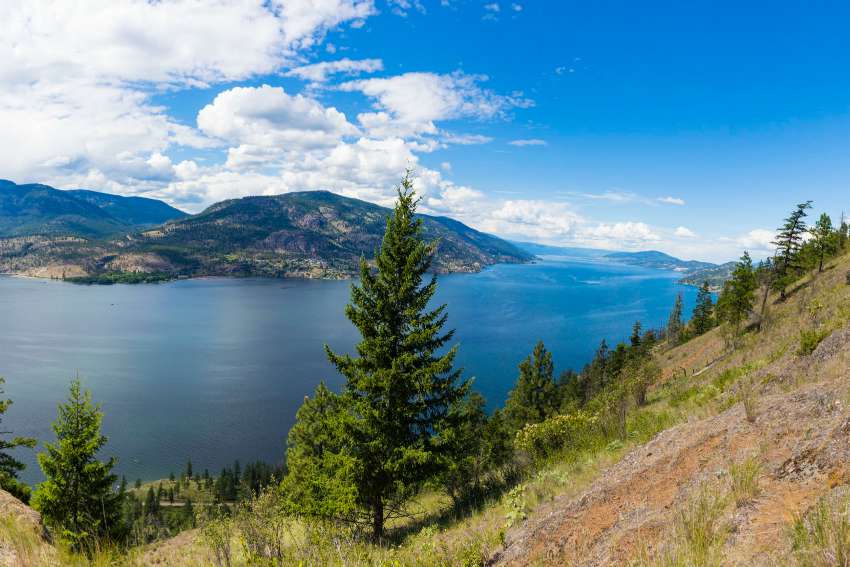 She said her husband’s arrival was a “miracle” because he had decided to go for a walk on Knox Mountain after finishing a jog of his own.

“Without Peter showing up when he did, I could not have fought off three canines,” Hart said.

“Pablo would have been taken and, best-case scenario, I’d have escaped wounded.”

Hart added that just two months ago, she was “hunted” by two coyotes in the same area.

“In the early morning, they seem to keep low in the bush, waiting,” she said.

She also recalls meditating near a pond on a separate incident when a solitary coyote crept up to her and Pablo.

Hart had to throw stones and shout at it to fend it off.

“To be prey is terrifying and I know what every hunted creature must feel like,” she said, referring to her latest encounter.

She added: “It was unequivocally terrifying: my voice is raspy and my throat raw from shouting, my legs a little wobbly from the adrenalin, yet I understand the coyotes. I am impressed by their intelligence.

“They need to eat like all creatures–more so than myself and Pablo, who always know we have enough food to eat each day. It is a hard life being a wild creature in a world where wild spaces are vanishing.”

Back in June, another woman reported a similar incident on Black Mountain.

Both the Conservation Officer Service and the City of Kelowna were asked about coyotes at Knox Mountain, but neither chose to comment.