It's a photo essay on used face masks as litter.

On my short, one-kilometre walk to work from the 1400 block of Lawrence Avenue to NowMedia Group at the Landmark 6 building I came across -- and I wasn't even looking very hard -- at least a dozen disposable face masks simply thrown to the ground.

I started to take pictures of every junked face mask I found.

Five are included with this story and many more aren't because they are too numerous and the repetitive theme would get tedious. 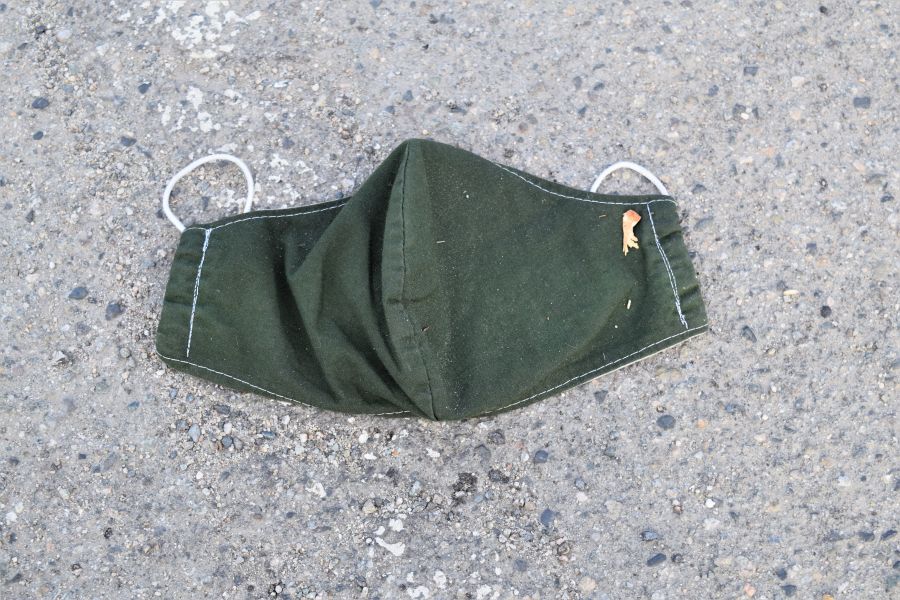 They are tossed along the sidewalk, in the gutter and on lawns on Lawrence Avenue; thrown away in the parking lot of the Kelowna Business Centre; snagged in the fence and on shrubs; littered on the fields of Parkinson Recreation Centre; discarded along Mill Creek; and destined for the gutter on Dickson Avenue. 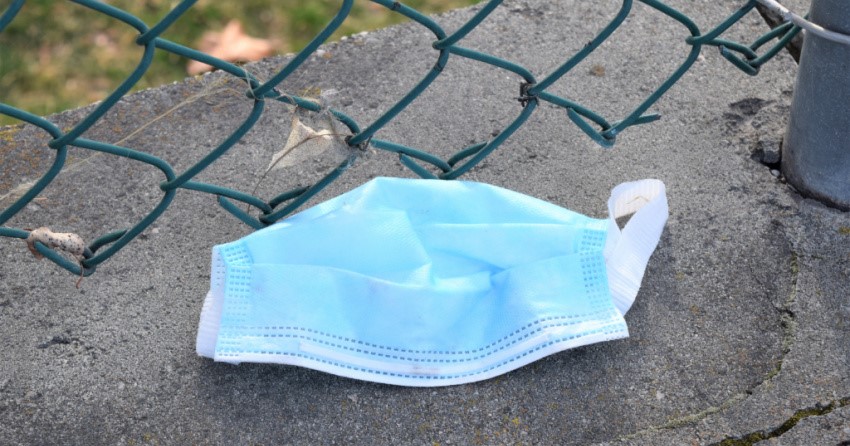 Most trash is treated better, ending up in one of the many public garbage cans along the way.

However, disposable face masks -- the must-have accessory in this pandemic -- seems to end up as litter more than anything else these days. 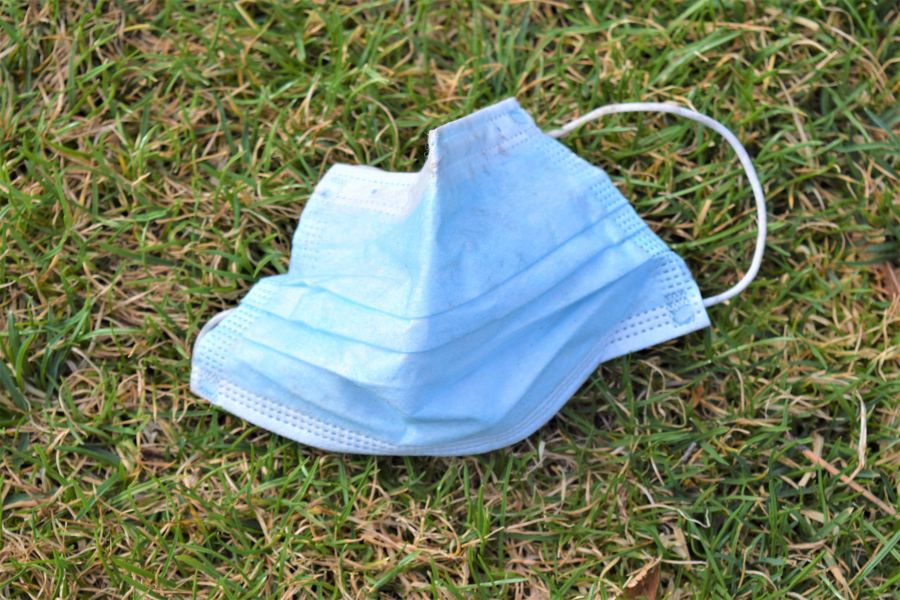 It's unsightly and unhealthy.

Should we be scared of this litter?

After all, someone with COVID might have been breathing through it.

Team members wearing safety glasses and face masks with puncture-resistant gloves pick masks off the ground with pinchers and collect them in a special garbage bag for discarded masks only. 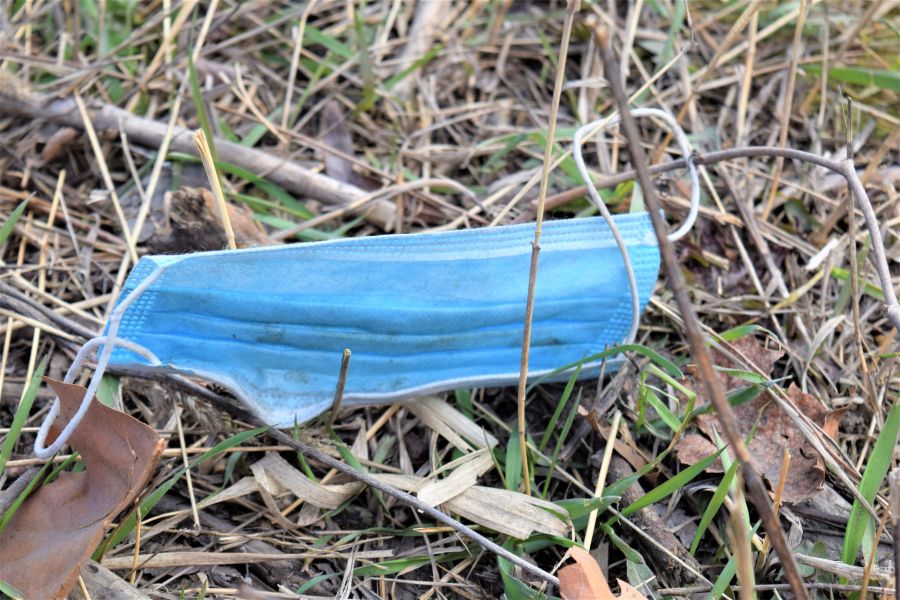 "And it's only getting worse. It's a big nuisance."

The bags full of masks ultimately end up at the landfill.

"Because they are disposable, it's those light blue masks we see the most of," said Beahum.

"We're even seeing them on the sidewalk at the base of garbage cans, which leads me to believe people tried to put them in the garbage, but missed and then couldn't even be bothered to bend down and pick it up to finally put it in the garbage can."

Beahum said quite a few new and expensive, multi-use masks also end up as litter.

That means people are losing them or they're falling out of their pockets or purses and the owners don't care to stoop to retrieve them and put them in a proper garbage. 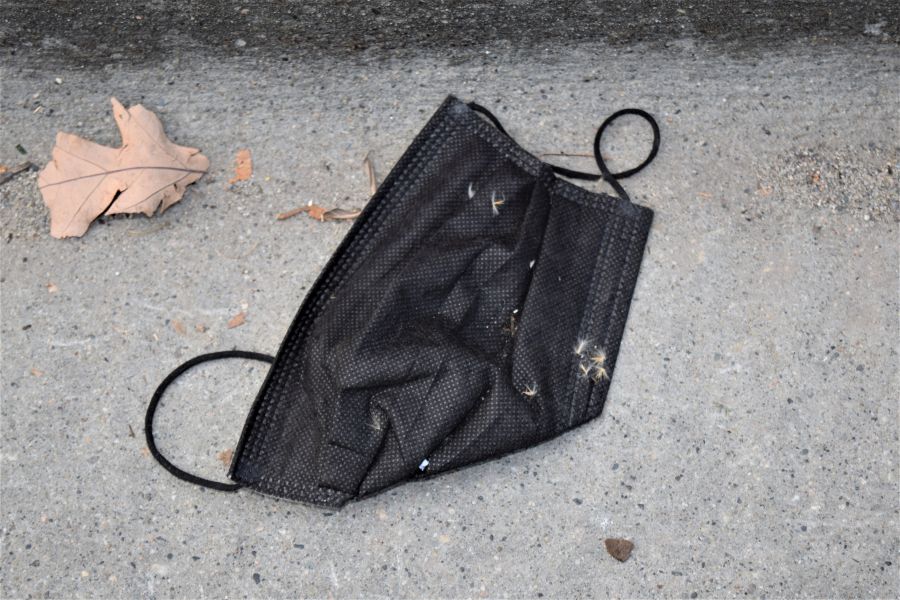 "It's disturbing, but I don't think it's too prolific or a hot topic yet."

City workers and contractors who come across littered masks pick them up with tongs and make sure they get in the garbage.

"We ask people to clean up after themselves, wherever they are," said Stewart.

"It should be handled with the same care used for other types of litter, such as pop cans or chocolate bar wrappers," reads a statement from Interior Health's media relations department.

"We would recommend a person wear gloves or use tongs to pick up a mask and discard it in the garbage. It is not, however, considered medical waste."