At 46 storeys Kelowna's newest proposed high-rise wouldn't just be the tallest, it's reaching for the sky in a few other ways as well.

New Town Architecture's plans would need a re-zoning to go ahead, so the proposal is being reviewed by the City of Kelowna's planning department. Current zoning caps building at 12 stories.

But working in the proposal's favour is that it's right next to the 3 high-rises already approved for the Mission Group.

"Yes, there are other adjacent towers which make it kind of fit in with context," said Cseke, but it's not that simple.

"As we get closer to Richter, Richter is the edge of downtown, we do want to see a transition in height to slightly lower." 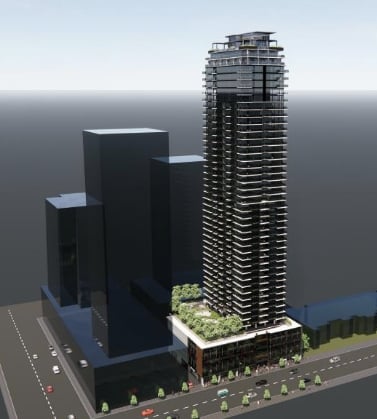 The proposed building is called 2020, and it comes with a unique vision.

The plan is to set aside 70 units in the structure for rentals and it promises to appeal to a wide and varied demographic.

The proposal, presented by New Town Architecture describes it as "The vertical integration of housing," in the application, "for a variety of modest income families is blended with conventional market apartments, rental apartments and co-living homes."

Co-living means some of the units would be designed with groups of people in mind, living around shared kitchens and common areas.

The application also scores points by including a daycare. "Daycare is one of the key needed land uses, especially in an urban context," said Cseke.

The application comes on the heels of several others in Kelowna's downtown and so far the demand seems to be there.

"In the last number of years, we've had a building boom in terms of our rental housing stock and our condo stock," he observed, "so the market has been strong in Kelowna." 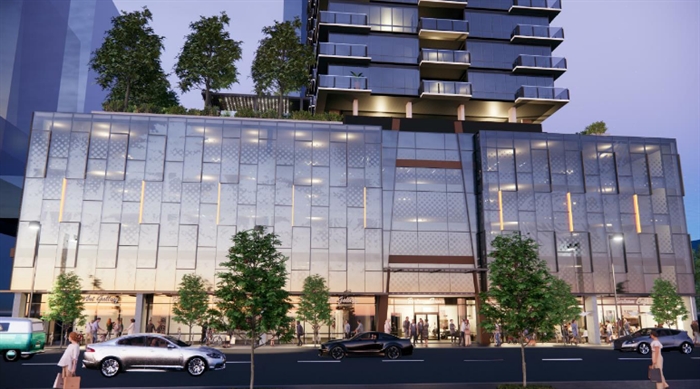 The application comes just a few days after the approval of another ambitious high-rise proposal for Leon Avenue. These are exciting times for planners.

"Over the last number of years we've had a record in building permits and number of units, so it is an exciting time," said Cseke, "especially for our urban centres."