The worst of the windstorm that swept across the southern interior went Vernon, but tell that to Jim Hare. He was in his bedroom in Kelowna's upper mission when he heard something that sounded like a hurricane. That's when the massive pine tree came crashing down.

Open the gate to Jim Hare's back yard and the dominant feature is the big pine tree that lies across it. It came down just before 7:30 am.

"I was awake and just about to get up," said Hare. "And I heard this massive thump and I looked out and it was about 15 or 17 feet from my bed where it fell." 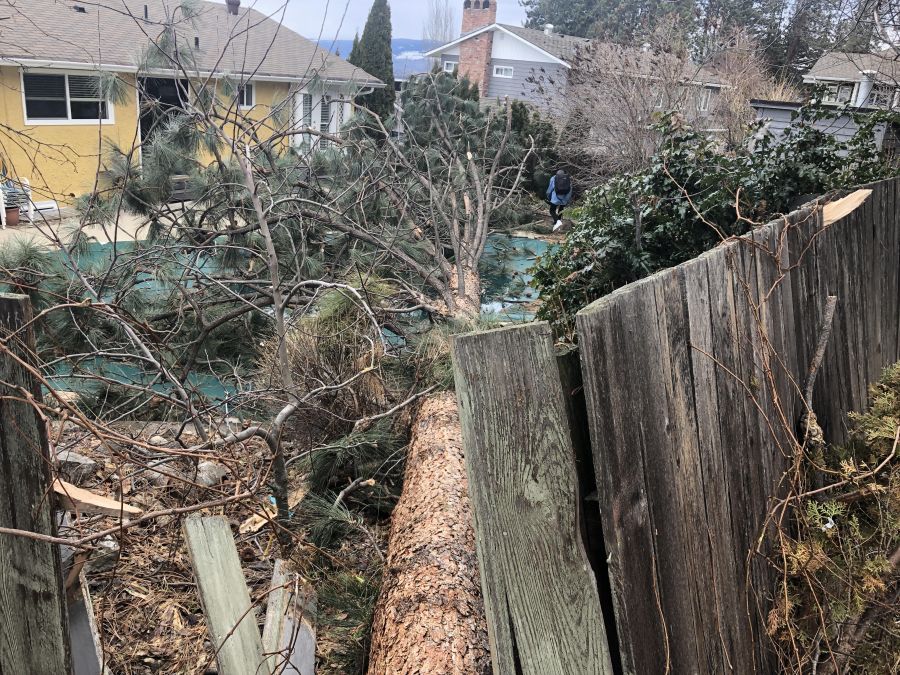 The top of the tree ended up two steps from the house. "We're kind of lucky it fell in the direction it fell," he said. 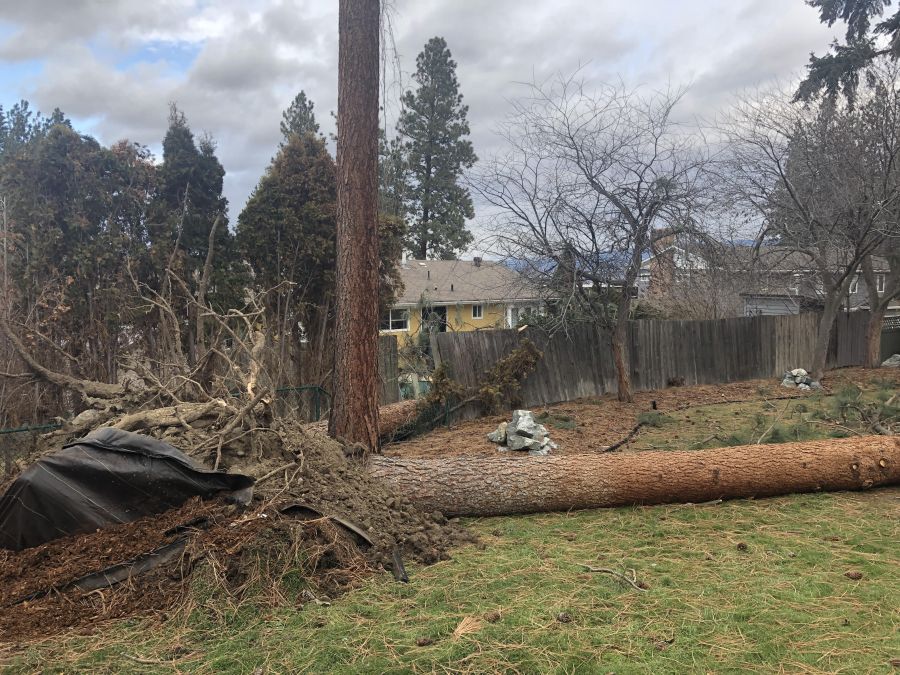 There's a third tree that seems to be weakened at its base and threatening to come down, so Hare expects his neighbours will have it removed.

"That one's definitely coming down, he explained, "and these other two, I'm not sure what's going to happen with those."

The trees have always provided some nice shade in the back yard, but after the close call, Hare is looking at them a little bit differently. 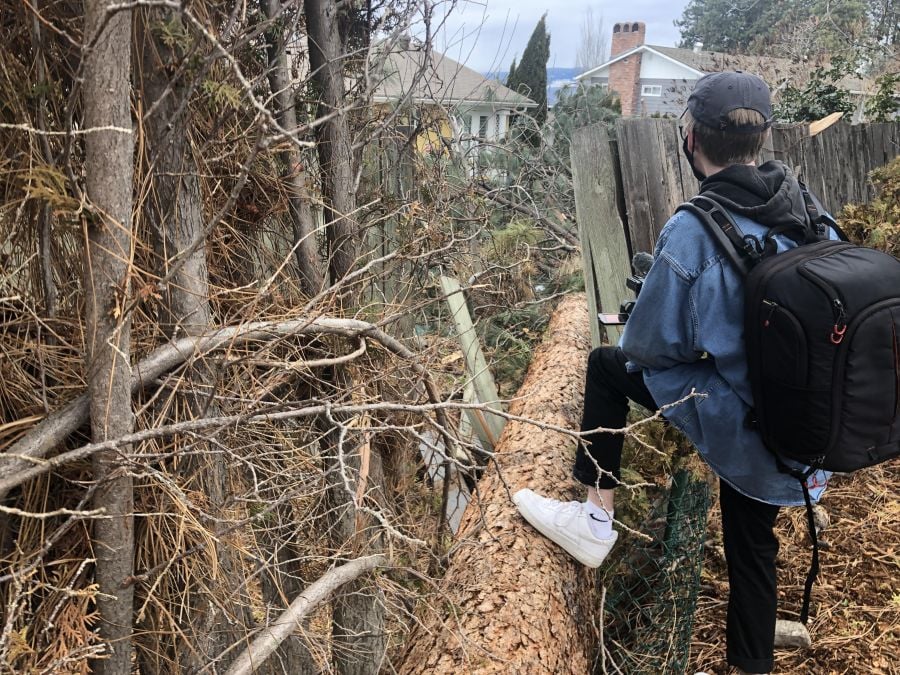 "When trees are on their own like that and we get winds like that happening there's always that danger," he said.

The storm caused significant power outages in Vernon, the Shuswap and at Big White.

Hare's house is on Okaview. There are many down in the area, but none seem to have caused major damage.