First came the noise. And when people in the neighbourhood looked outside early this morning all they could see was a towering wall of fire. 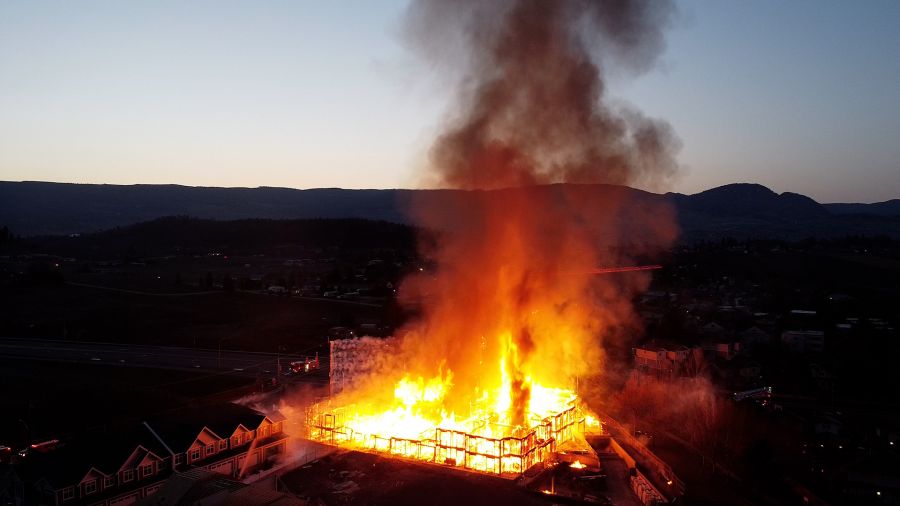 It was about 5:30 am when fire broke out at the construction site at the corner of Union and Glenmore.

By the time fire crews got to the scene all they could do is try to keep it from spreading from the two-storey townhouse complex to the occupied homes nearby.

The residents were safely evacuated. 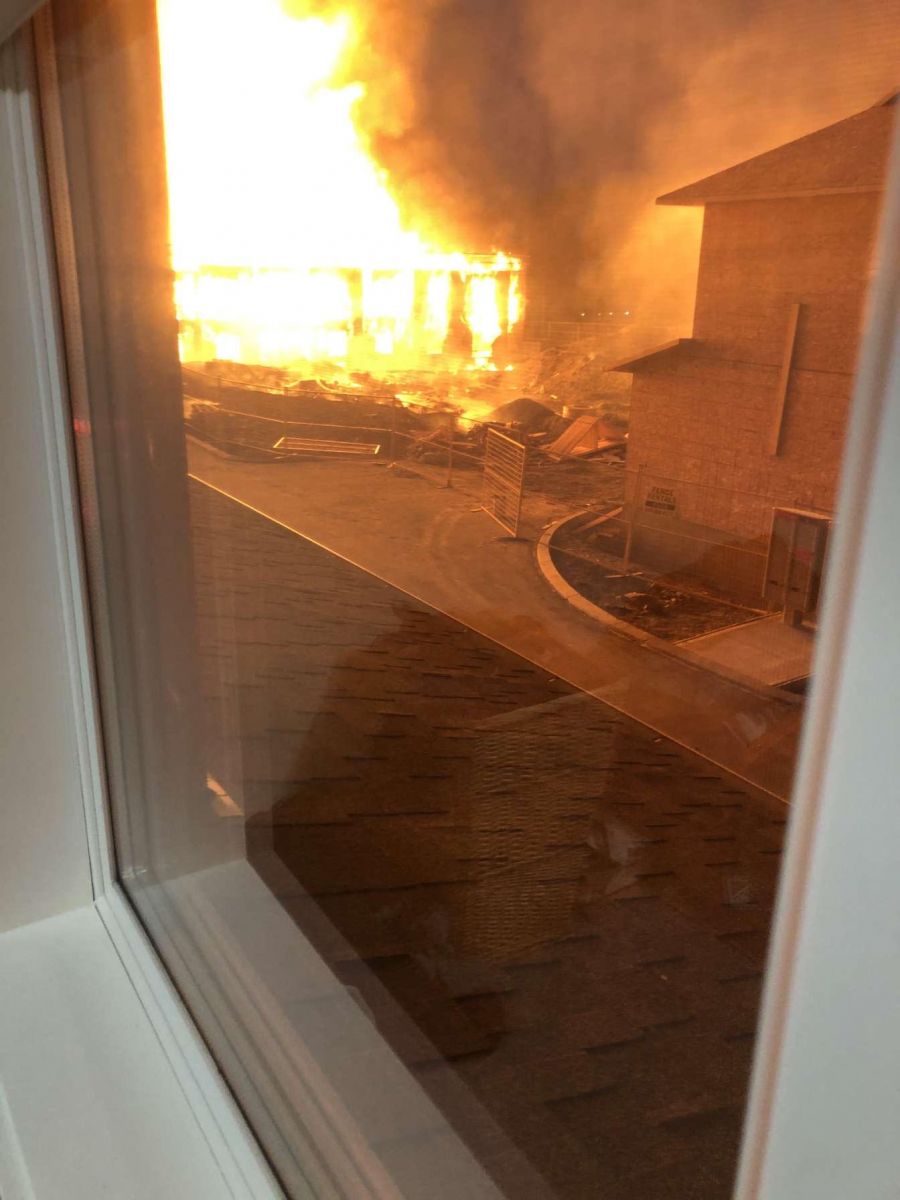 "Because it was under construction there was no drywall or anything so it was basically just a big pile of open wood, so the fire did take off very quickly," said Platoon Captain John Kelly from the Kelowna Fire Department.

Crews were able to save the neighbouring townhomes, but not before they suffered some damage. 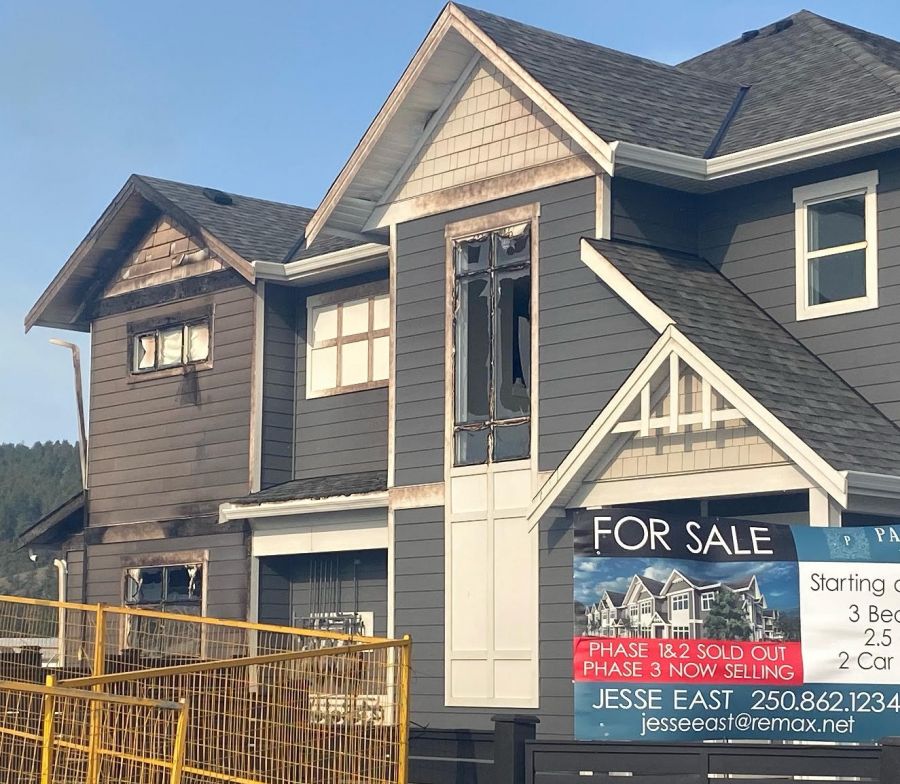 "The heat was causing the windows to crack and burst," said Carson Judd. "I ran and woke these guys up and we just got out of there."

"It wasn't so much panic as just a thought process like 'GET OUT'," recalled Judd's housemate, Brendan Harkins.

The pair are assessing the damage to their home and it doesn't look good. "My room is completely destroyed," said Harkins. "They had to punch a hole through the ceiling." 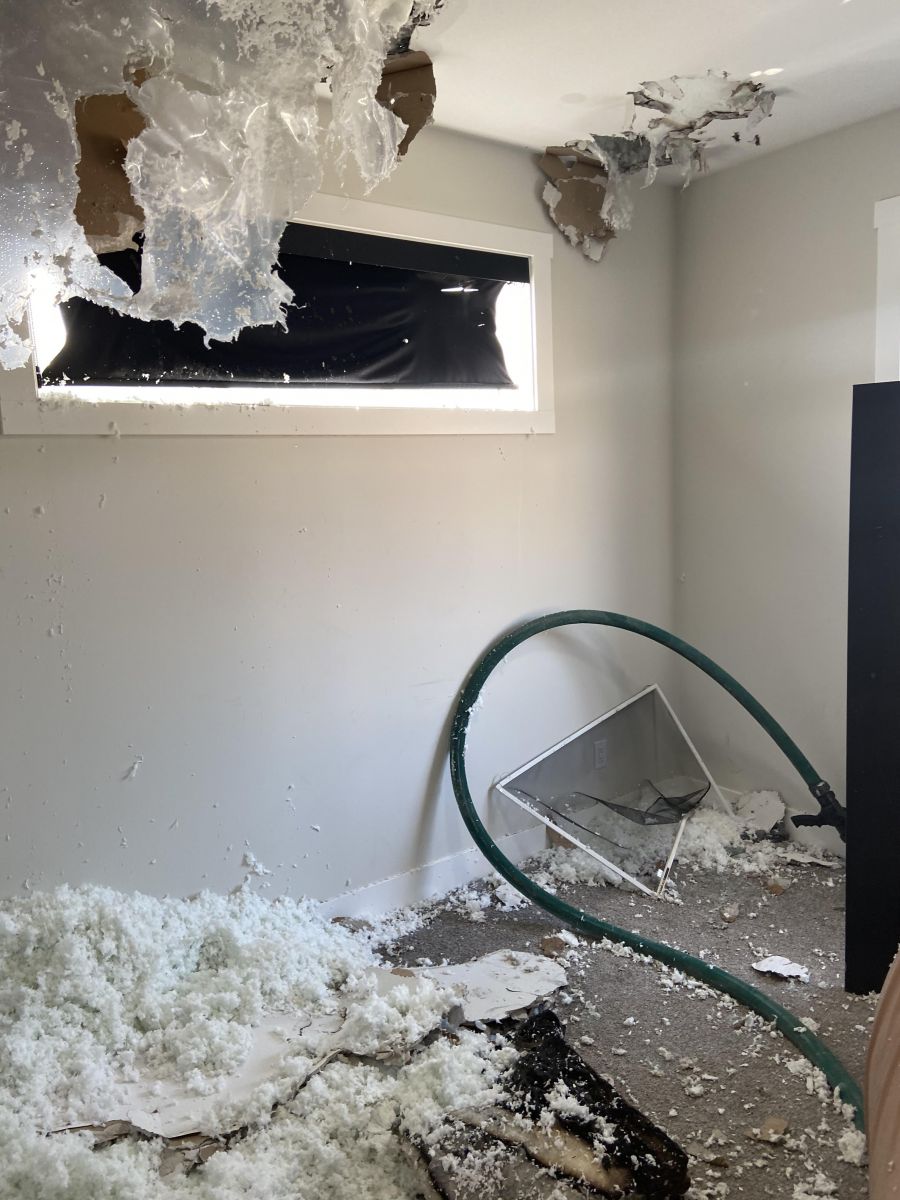 "One of the units at the end, the soffits were compromised and burned a little bit and it did get into the attic," said Kelly.

"There are multiple broken windows," he added. "So there are three units that are uninhabitable at this time."

Along with saving the occupied townhomes beside the construction site, crews were concerned about a large crane on the site. 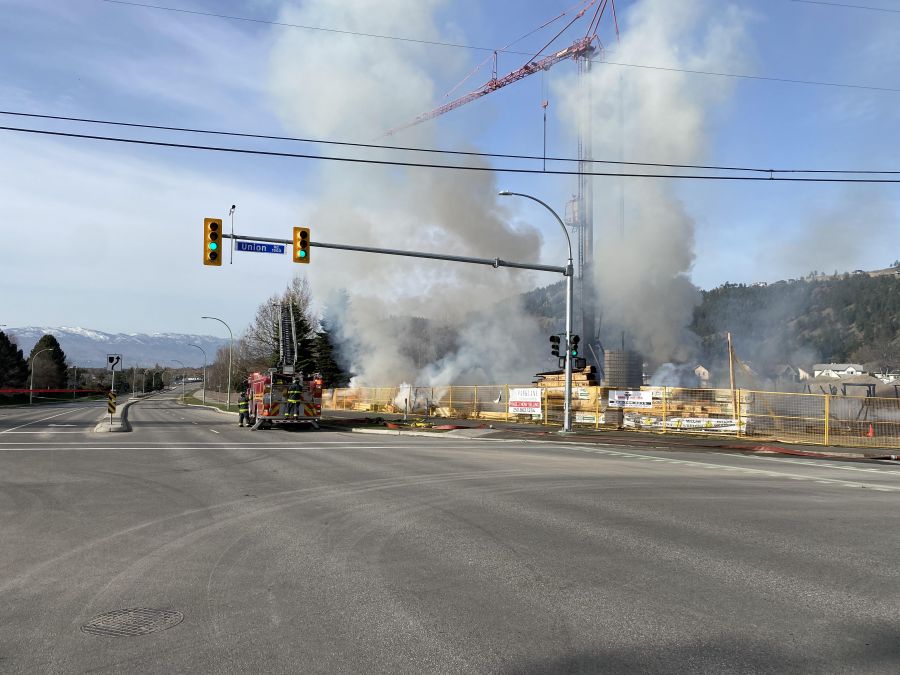 "We're not sure at this time if it's been compromised," said Kelly. "We have an engineer coming to assess it."

The cause of the fire is unknown.

"We have an investigator on scene right now," he said.

"But given the amount of damage there is, might not be able to determine what the cause was."