It was one year ago today that a massive crane came crashing to the ground at a downtown Kelowna construction project.

The collapse left four construction workers dead and another man working in a nearby office was also killed.

"That was the most difficult, tragic day of our lives," said Danielle Pritchett, who lost her son Cailen in the collapse. 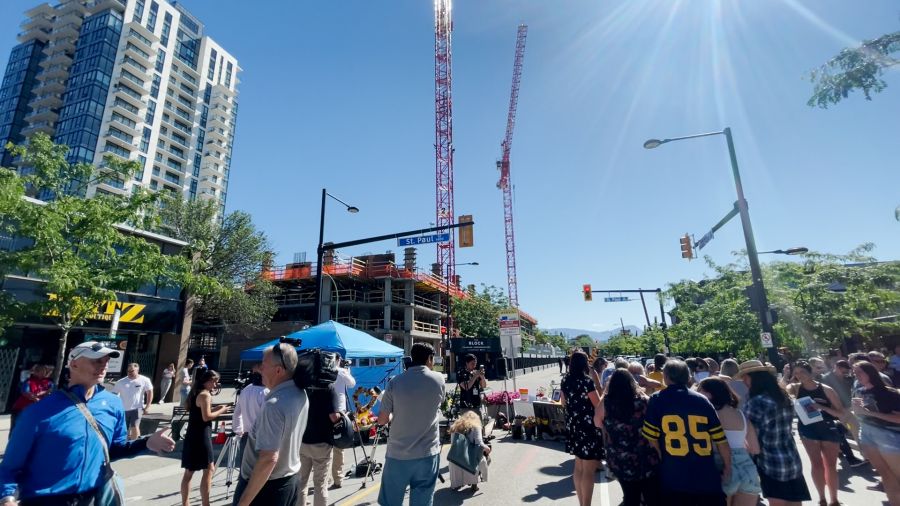 "The anger still comes because this should never have happened," said Zook, who lost his son Jared that day.

"The frustration is still there because we have yet to get any answers. This cannot happen to another family again." 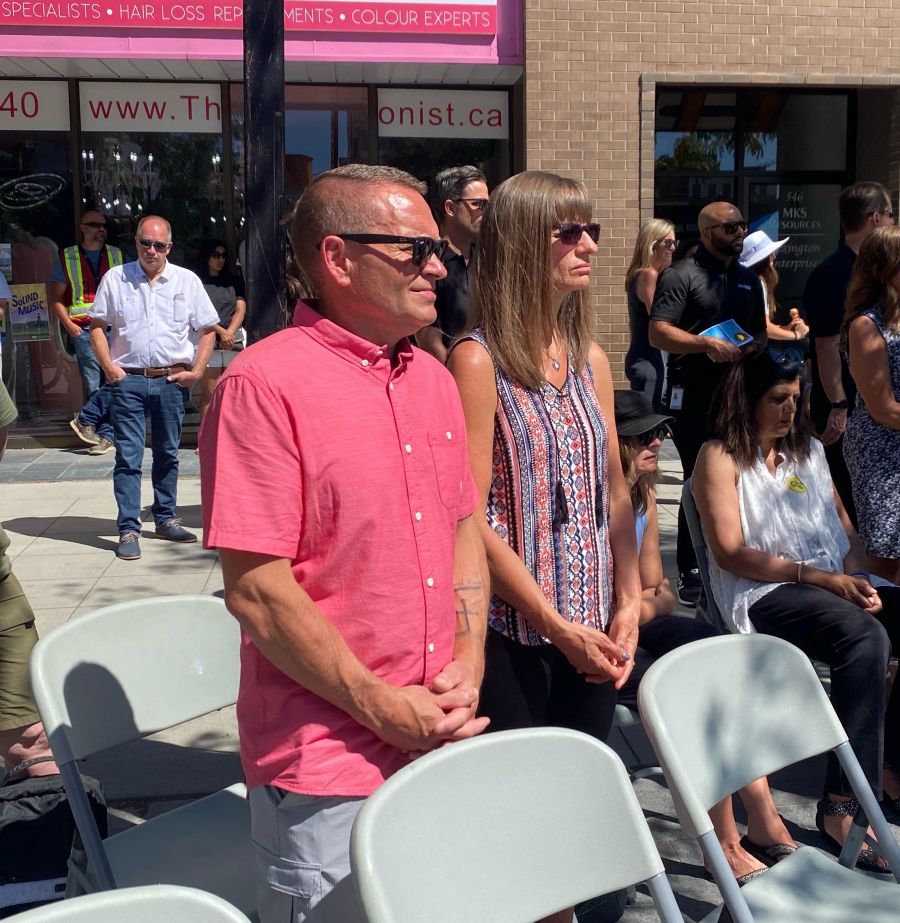 The grief is so overwhelming, that Chris Vilness, who also lost a son that day had difficulty getting the words out.

"We appreciate the work that Worksafe and the RCMP are doing on this investigation," said Vilness. 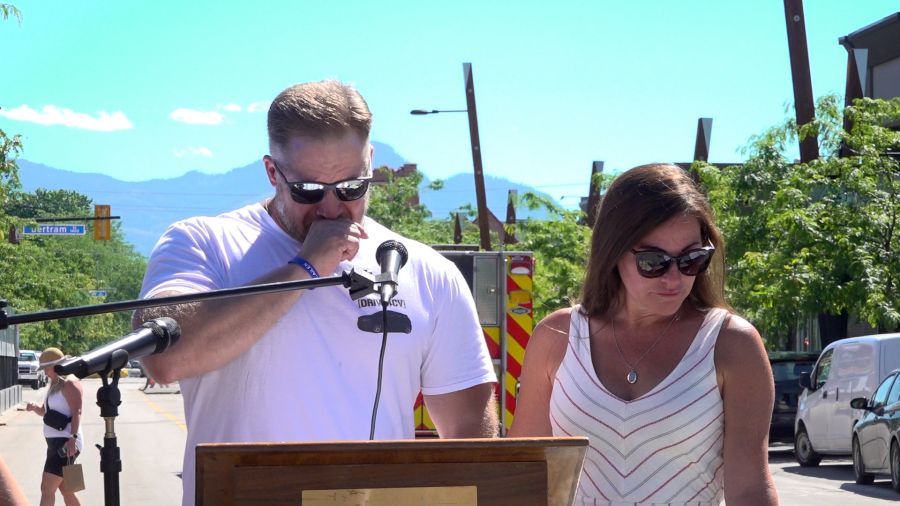 "Hopefully we don't have to wait much longer."

"One of the ways we can honour the memory of these workers, as we go forward is to learn from what happened." 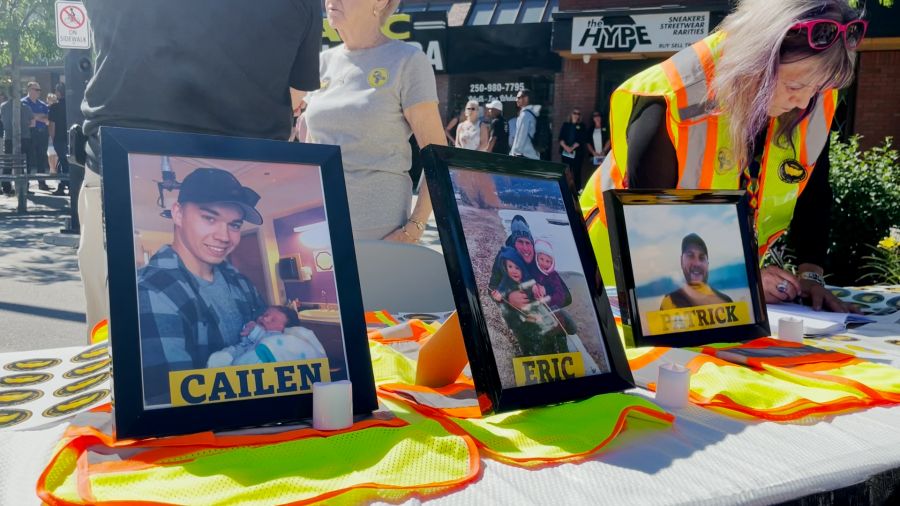 And she acknowledges that those most closely affected by the tragedy are growing impatient.

"Of course we feel pressure now that we are at the one-year mark of this tragic incident," she said in an interview with KelownaNow.

"But like I said today, we're pretty close to being completed." 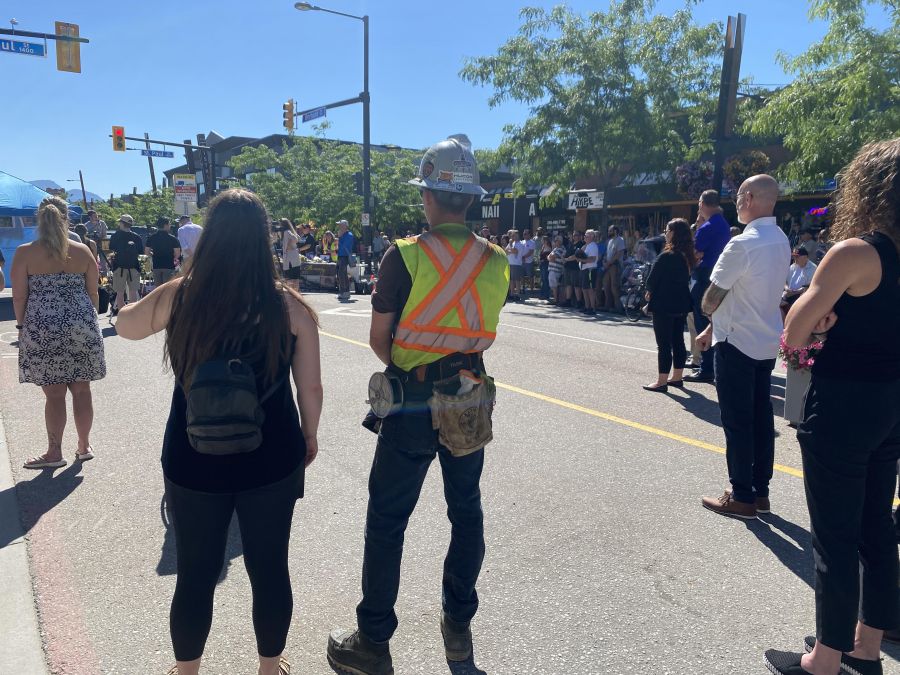 Pritchett suggests there needs to be more than specifics addressed, but a wholesale shift in the culture around construction projects.

"No pressure from your foreman, from you bosses, from you general manager is worth overlooking safety," she said. 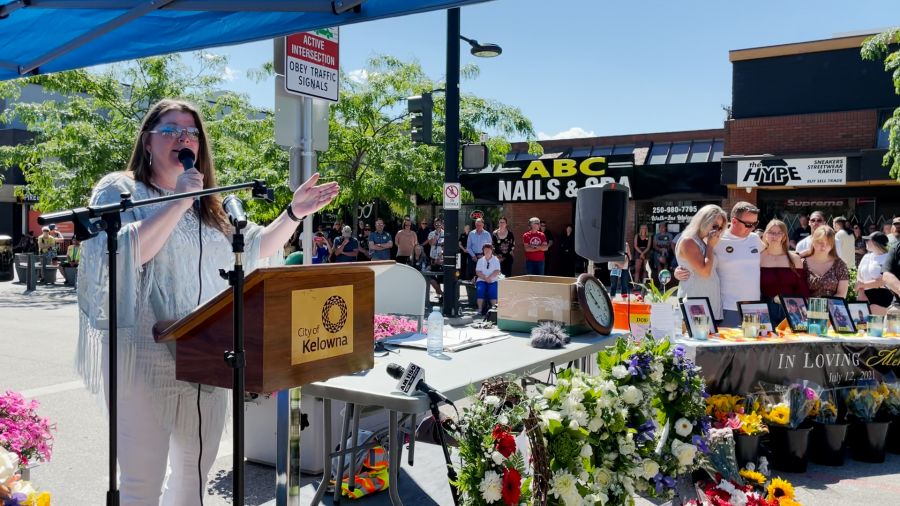 At exactly 10:55, horns sounded on cranes working over the next phase of the very project where the crane collapsed.

With that, came a moment of silence.

The event was organized by the North Okanagan Labour Council.

Everyone affected by the workplace accident is awaiting not only the Worksafe BC report, but they're also awaiting the outcome of an RCMP investigation as well. 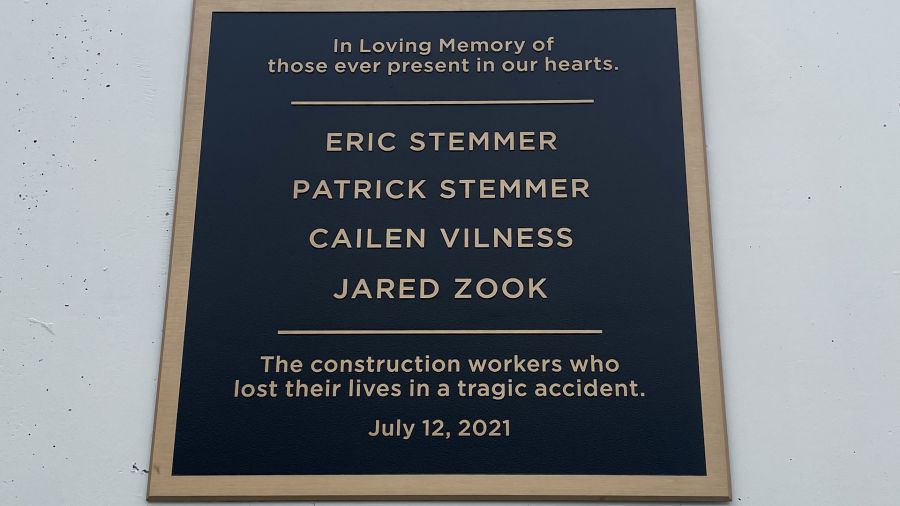