VIDEO: Out of ordinary weather causing challenges for road maintenance

With a major snow dump in the last 24 hours, road maintenance crews in Kelowna have been hard at work to keep up with the conditions.

Staff at the Public Works Yard have been working around the clock since Christmas Eve to try and clear the roads in town.

While the amount of weather events is similar to previous years, the duration of these events and their associated accumulation is completely out of the ordinary explained Public Works Manager, Geert Bos.

“The city is designed to deal with about 40 cm of accumulation before it becomes a real problem, the problem is that we need time,” said Bos.

“We need a break in the weather so that we can shift from snow clearing to snow removal, and we haven't had that break. We’re really planning for the snow removal to start as soon as this event is over.”

If the weather starts to clear up or stay somewhat consistent, snow removal could begin as early as Saturday night, that is, if the snow holds off.

As of this morning, some of the surrounding areas in the eastern part of the city like June Springs and McCulloch are approaching close to 75 cm of snow, noted Bos.

Many Kelowna citizens have taken to social media to criticize the City’s snow removal efforts, but Bos assured NowMedia that their teams are working extremely hard. 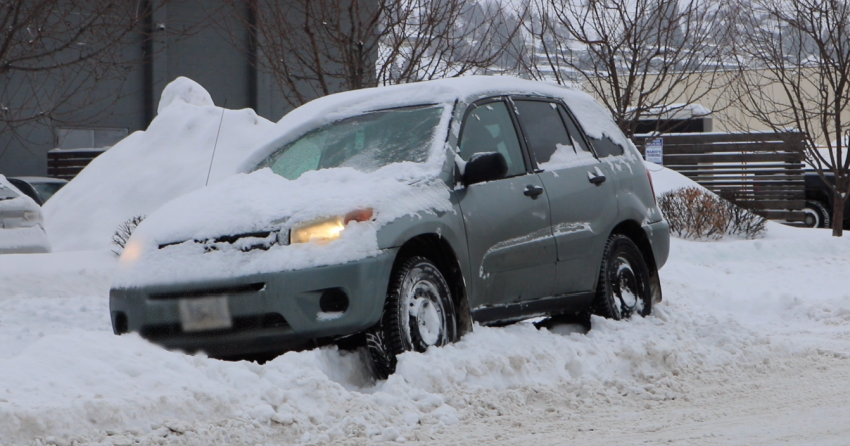 “I think the biggest thing that we have to keep in mind is that this was not a normal December.”

“The last time we had to do snow removal was in 2017, so we’ve kinda gotten used to these milder winters and this is absolutely not a winter that is typical to the Central Okanagan Valley.”

In December alone, the city spent close to $860,000 of their $2.1 million dollar budget to keep up, which has caused a bit of strain.

Bos says that as of now, the city is well equipped with close to 45 pieces of equipment on the roads at one time, but the recipe to success is the people who are behind the wheel.

“It's been a long stretch for these folks. They've been away from their families for Christmas. Some of them only had the opportunity to sit down for dinner for two hours only to go back to work,” he said.

“So, let's have a little bit of appreciation and understanding for the folks that are out there and are doing their job and doing the best that they can under the circumstances that we have.”