There are some terrible things going on in the world and sometimes we can feel powerless to make a difference.

But a group of sixth-graders in Kelowna picked up some buckets and sponges to show every little bit helps today.

The parking lot at St. Joseph's Catholic School in Kelowna was transformed into a car wash.

In exchange for a donation, each car was swarmed by a soapy crowd mob of school kids.

Their goal was to clean up some cars and generate some funds for the people of Ukraine. 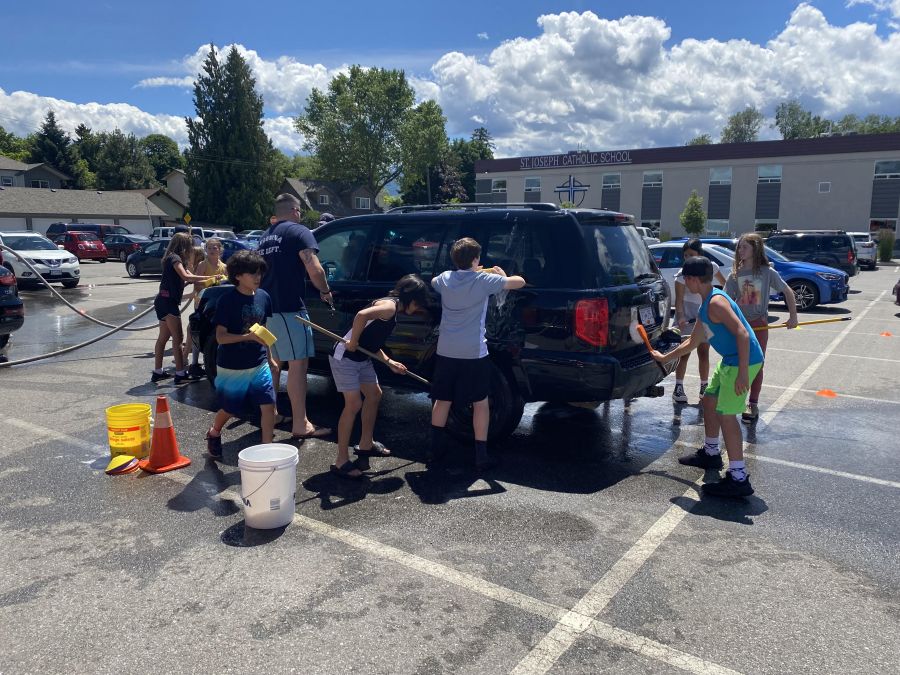 "This amazing class of grade sixes that I have, have been so involved this year with social justice," said their teacher, Kate Hopley.

"They've been very enthusiastic, creating a variety of fundraisers."

"They need some supplies right now," said Isabella Bailey, who took a break from scrubbing to talk to KelownaNow.

"So we're going to send all the money to Ukraine to help the families." 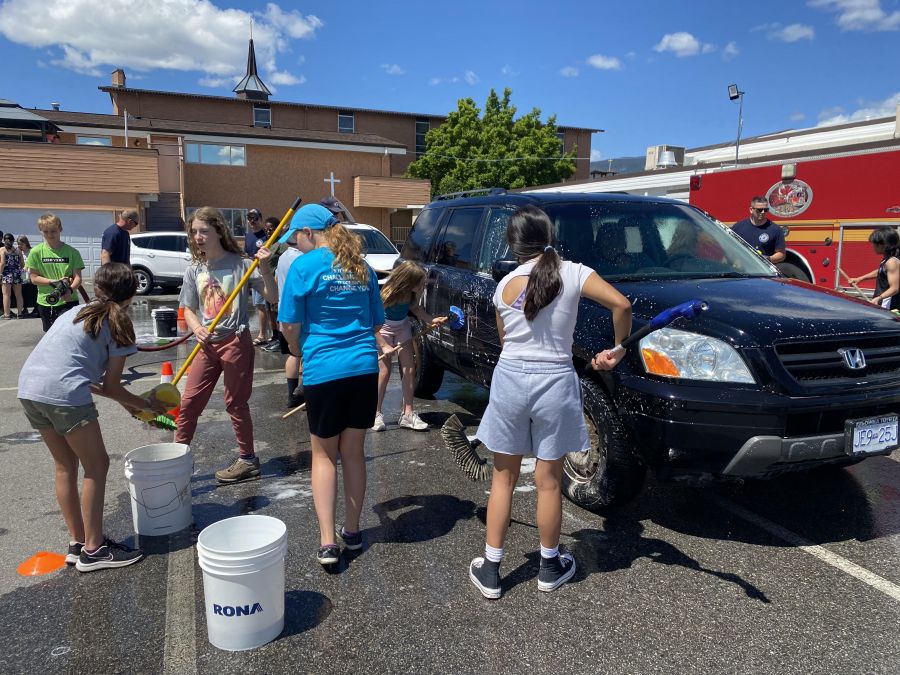 "So we're going to send all the money to Ukraine to help the families."

"It was sort of our classes' idea," added Sloane Fuglestveit, "because we wanted to raise money."

Adding to the sense of urgency is the fact that one member of the class is actually from Ukraine. 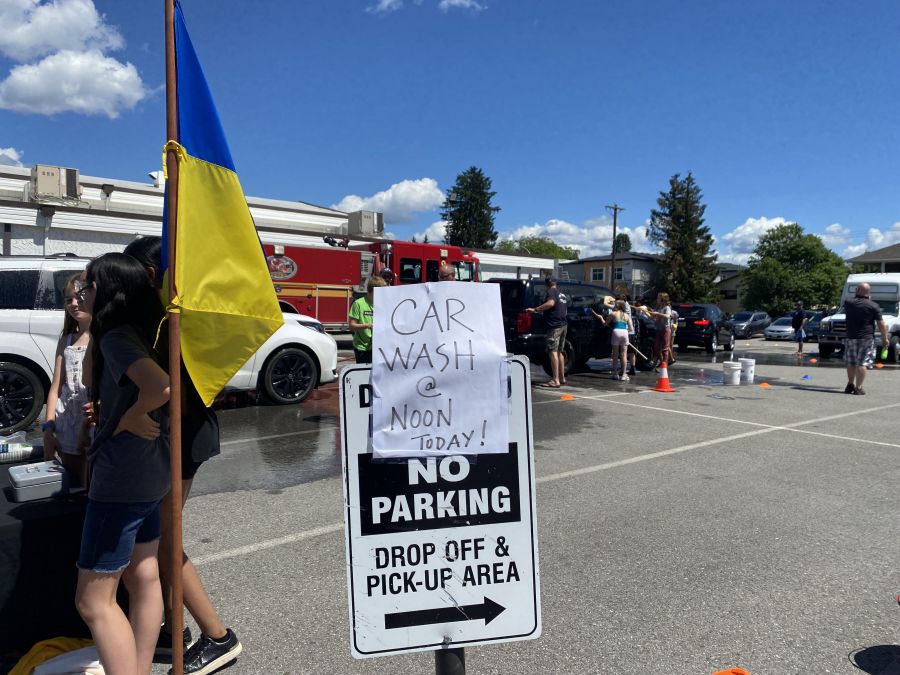 Hopley was thrilled to see how the kids got to work once it got going.

"They're very excited," she said. "Anything physical and outside for an eleven-year-old is exciting and fun and knowing that they're giving back to this charity I think is so motivating."

A group of firefighters donated their own time and were able to use a KFD fire truck to help with the effort.