A vehicle fire in the Mission area of Kelowna has been reported this morning.

A witness to the incident said that she saw a truck on fire on Westpoint Drive and called 911 at around 9:46 a.m. 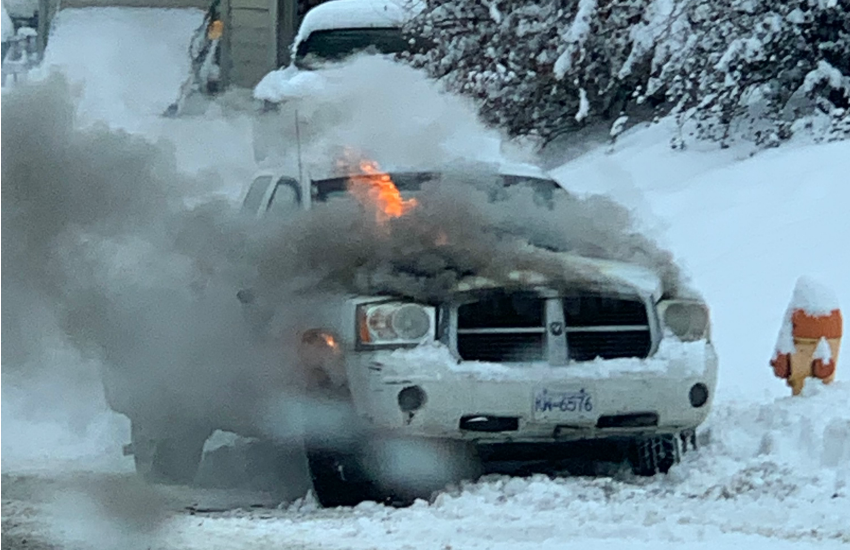 The fire department arrived within two minutes of the call. The witness said that she didn't see anyone near the vehicle, but that a neighbour attempted to use a fire extinguisher on the truck.

The witness says that crews had the fire out soon after arriving.