(UPDATE: July 25 @ 5:28 p.m.) - The Kelowna Fire Department has confirmed that two other vehicles were impacted in the fire outside Orchard Plaza this afternoon.

Platoon Captain Scott Clarke says that they were called to the scene at about 12:53 p.m. today to a report of a vehicle fire in the shopping centre parking lot.

The vehicle, which he says was an Acura MDX, caught fire and damaged two other nearby vehicles from exposure to the blaze. The damage to one of the vehicles was significant, and the other vehicle had minor damage.

The fire originated in the engine compartment. The fire was not suspicious in nature, and Clarke say the exact cause is unknown, however it's possible that it was due to engine failure or mechanical failure.

There were no injuries related to the fire.

A dramatic vehicle fire in a Kelowna parking lot was captured on video this afternoon.

A witness to the fire, Tom Ockelton, said he was parking at the Orchard Plaza Shopping Centre this afternoon and saw a vehicle “burst into flames.” 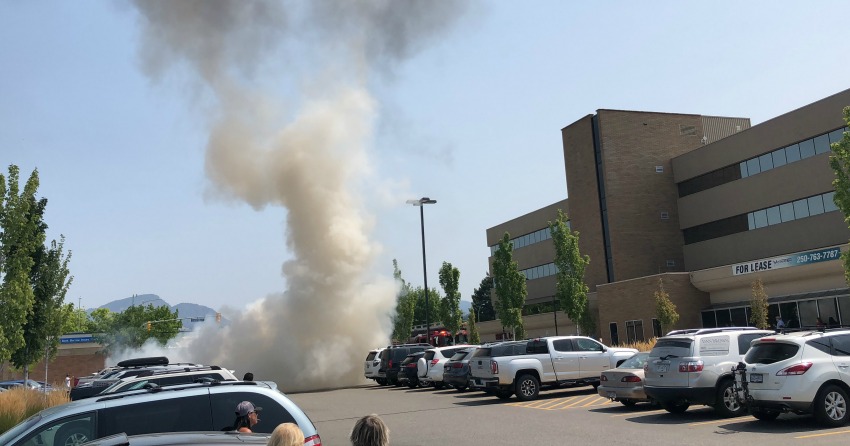 He was walking near the vehicle at the time of the fire, and says the person next to him then called 911.

He says the fire quickly grew, but luckily first responders were quick to arrive at the scene and extinguish the fire. Ockelton took the video below of the fire.

Ockelton adds that the car next to it was starting to catch fire as well, but luckily fire crews arrived “within minutes.”

“It was a really good show on their part,” he says. “They just came and blasted it with water and it went out immediately.” 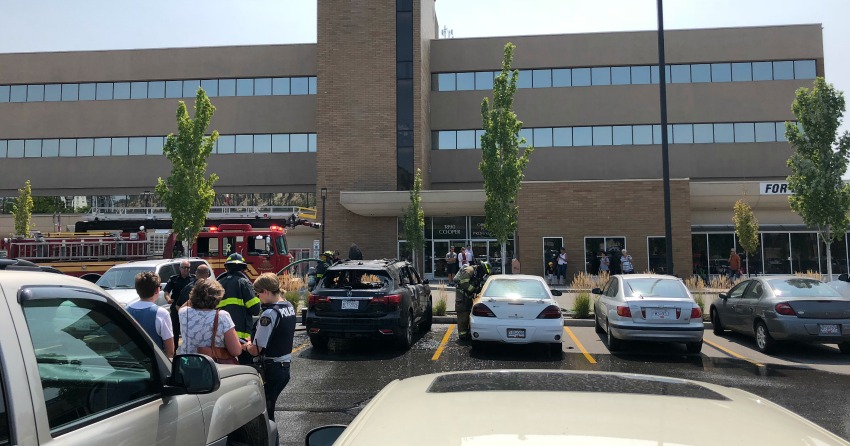 NowMedia has reached out to the Kelowna Fire Department for more information on the incident.