Portions of the historic building at the corner of Water Street and Lawrence Avenue in Kelowna are being demolished, but heritage buffs needn't fear. In fact, it's getting an enthusiastic thumbs up from one of Kelowna's pickiest heritage buffs.

The demolition equipment is in motion and a building that was first home to the Kelowna Courier newspaper as far back as 1908, is being transformed.

The plans are to create a wine education and sampling centre with room for more than 600 people.

Peter Chattaway describes himself as a bit of a "sidewalk superintendent", and he's often a critic of how the City of Kelowna has allowed heritage values to be lost. 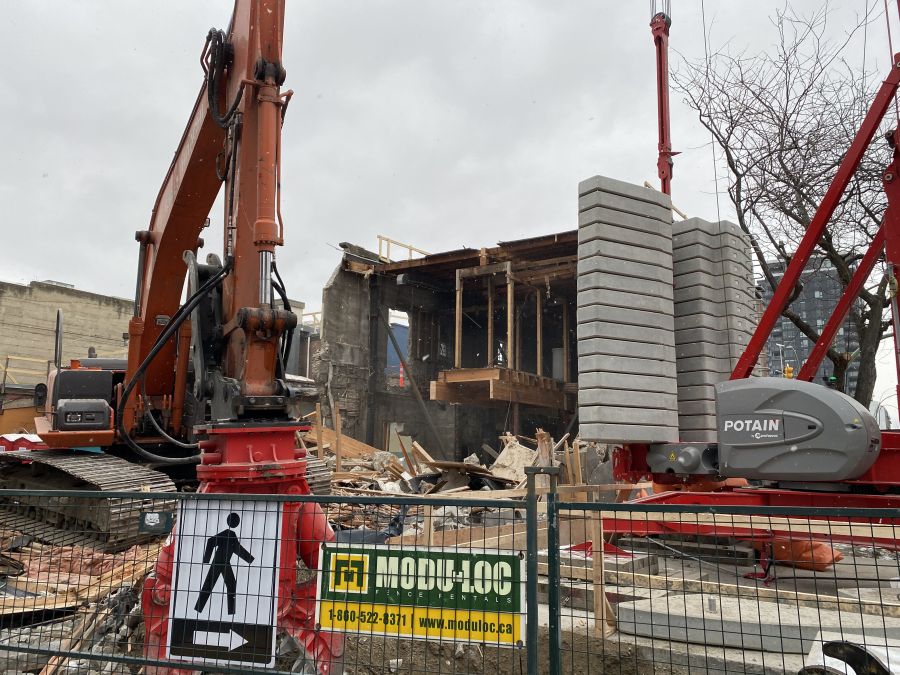 But this plan checks all the right boxes. "This is a good example of what we call 'heritage rehabilitation', said Chattaway. "This form of rehabilitation actually helps protect and preserve heritage buildings long into the future."

The developer is the Mark Anthony Group which owns Mission Hill Family Estate Winery, Cedar Creek, Martin's Lane and Liquidity Wines. The company is keeping quiet about its plans. 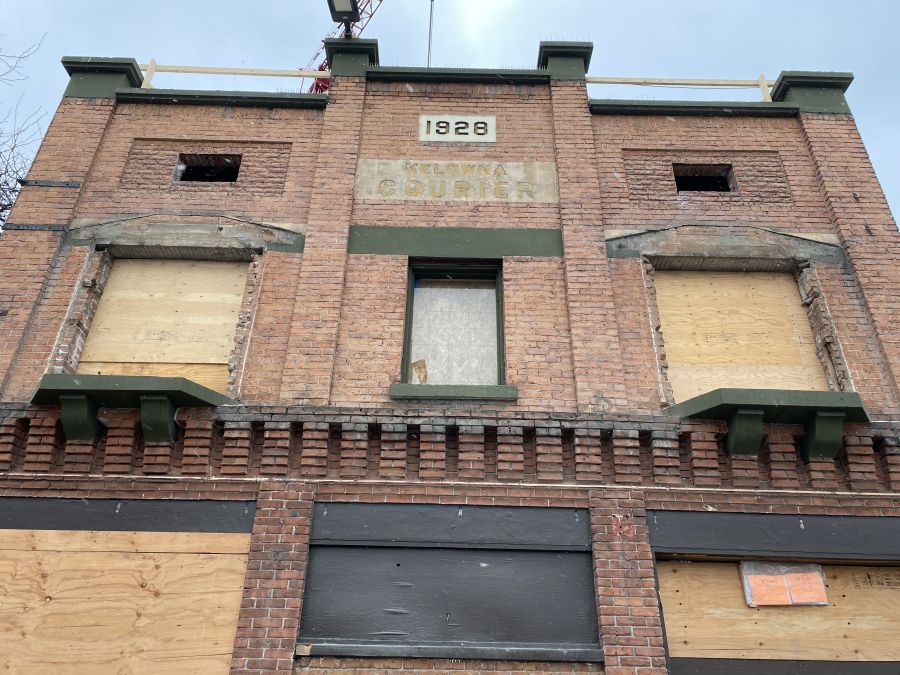 "We will be delighted to provide additional details when the time is right," said spokesperson Ian Galbraith in an email.

"The brick facade will be restored," said Chattaway, "and the old wood windows have been popped-out, but they're being restored and put back in."

In order to protect that brickwork, a system of concrete abutments has been installed to support the scaffolding, which will in turn support the wall during construction.

The finished project is expected to highlight the heritage elements juxtaposed against a modern interior with a lot of glass. 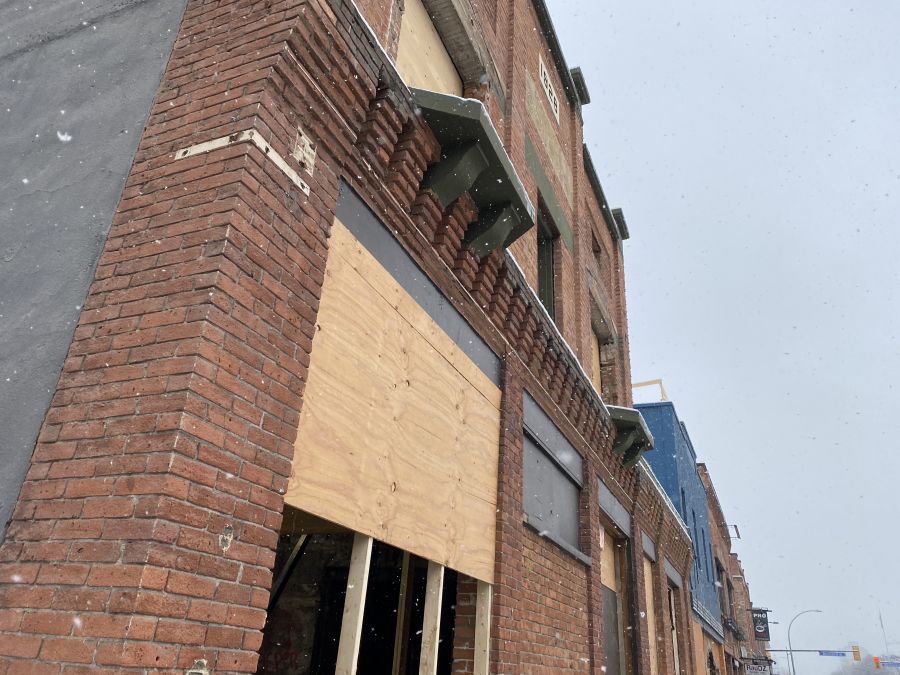 "They work with each other very well," commented Chattaway.

"The gap in the roofline along water street will have a glass facade like a shard intervening with the heritage, so it has a more than two-times attraction. It's like a synergistic effect."

He said the project follows a trend that's seen in bigger cities all over the world.

"They preserve and protect the facade, the streetscape and the street level, but in behind and up above they do different things for the modern uses." 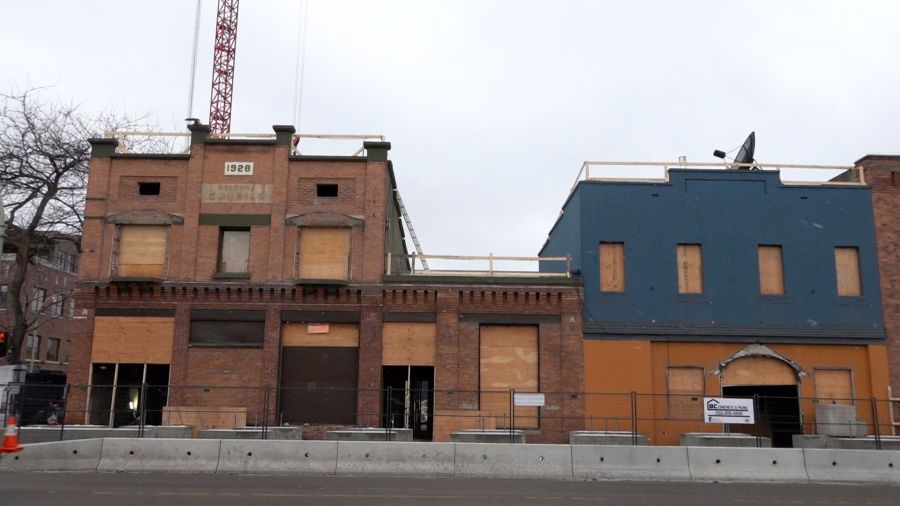 The design is the work of respected Kelowna Architect Randy Fox, a choice that also gets Chattaway's approval.

"They're dealing with it the way it has to be dealt with to protect it," he said in closing, "They actually want the heritage, which is a pleasure."